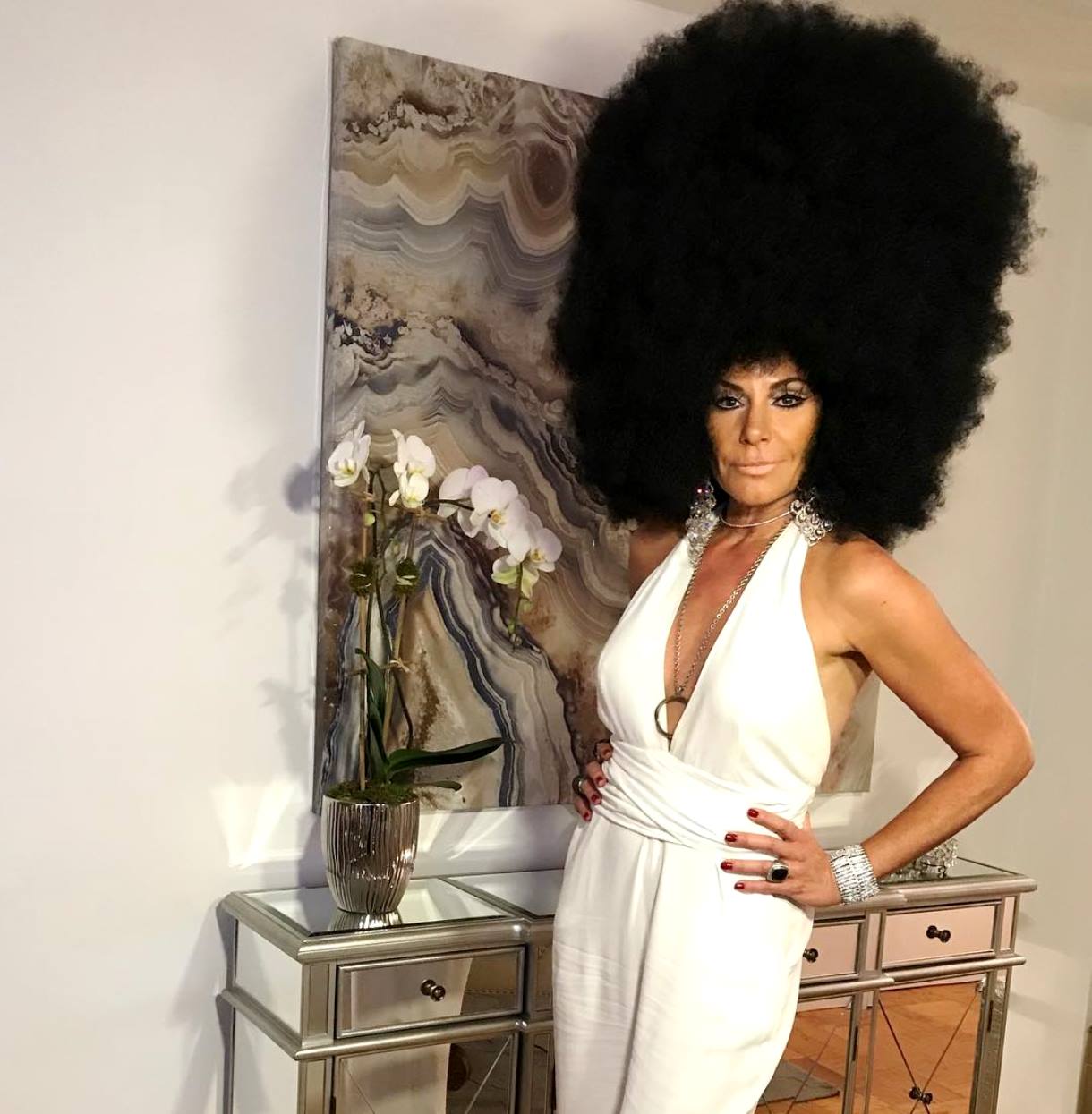 LuAnn De Lesseps faced backlash on Wednesday night after the premiere episode of The Real Housewives of New York City featured the reality star sporting what some believed to be blackface.

While celebrating Halloween with her co-stars at a party thrown by Dorinda Medley, LuAnn sparked controversy with a Diana Ross costume, which included a white jumpsuit, super-high black wig, and what she claims was bronzer.

“I’m Diana Ross because she’s fabulous,” LuAnn said during a confessional scene from the show. “Tom is not in tow, so I’m feeling liberated. It’s been a while since I’ve felt my girl power.”

“Something’s a little off about Luann’s costume,” Carole told the cameras. “I think she’s tone-deaf when it comes to cultural stereotypes. She’s generally tone-deaf anyway.”

“Luann’s got the balls of a burglar,” Bethenny Frankel added. “You’ve gotta give it to her. She gives zero f**ks, well, I take that back.”

Ahead of the episode, LuAnn addressed the controversy and insisted her dark complexion was the result of makeup and tanning cream.

“I had makeup on, but not anything that would make me look– I had like, tanning cream on,” she told Entertainment Tonight. “I think that the tanning cream, and the big hair piece I have, which was amazing… I was doing my version of Diana Ross.”

“I was being an impersonator for Halloween,” she continued. “I didn’t mean to offend anyone by being Diana Ross for Halloween, it just didn’t even kind of enter my mind.

“I wasn’t at all worried about that, and all of a sudden it became a thing,” she added. “I’m so sorry. I don’t want it to be a thing, so I apologize if I have offended.”

After the episode, LuAnn offered a second apology while appearing on Watch What Happens Live.

“I never meant to hurt anybody’s feelings. I love Diana Ross and I totally respect Diana Ross,” she told host Andy Cohen. “I had bronzer on, that I wear normally, like the rest of my skin — I’m tan right now. So I didn’t add anything, or try to ever, ever dream of doing a blackface, ever.”