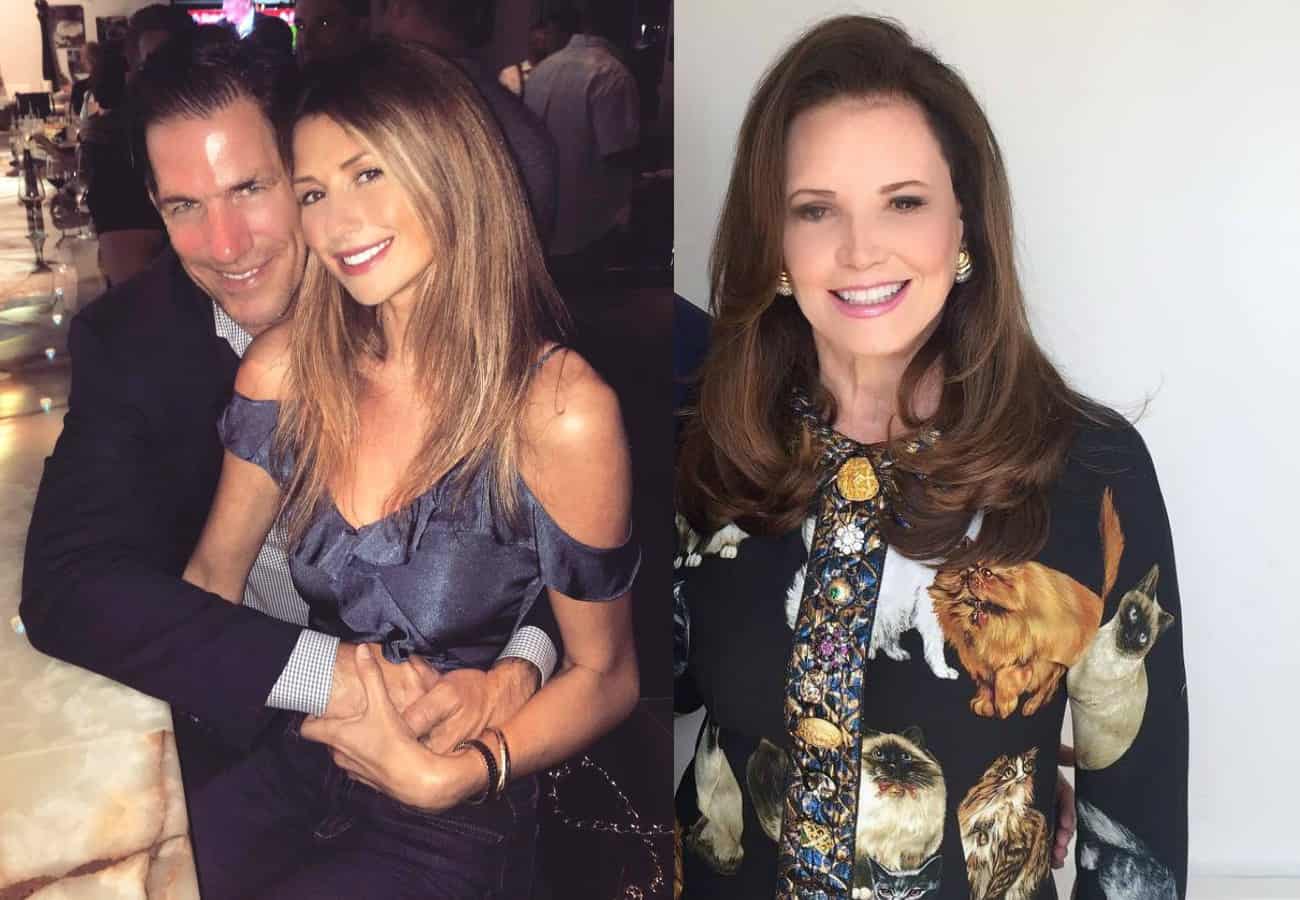 The new season of Southern Charm just premiered last week and the show’s drama is now spilling onto social media.

It had been rumored for a while now that there was a brewing feud between Thomas Ravenel and Patricia Altschul, all over Thomas’s girlfriend Ashley Jacobs, and a new post by Thomas is now confirming this rift!

During the week, Thomas took to his Instagram page to reveal Patricia has blocked him on social media in a now deleted post.

He wrote, “The queen of Southern gentility and the recent author on Southern etiquette has blocked me from Twitter and IG. Just FYI.”

Below is a screenshot of Thomas’s post (had a feeling he would end up deleting it)! 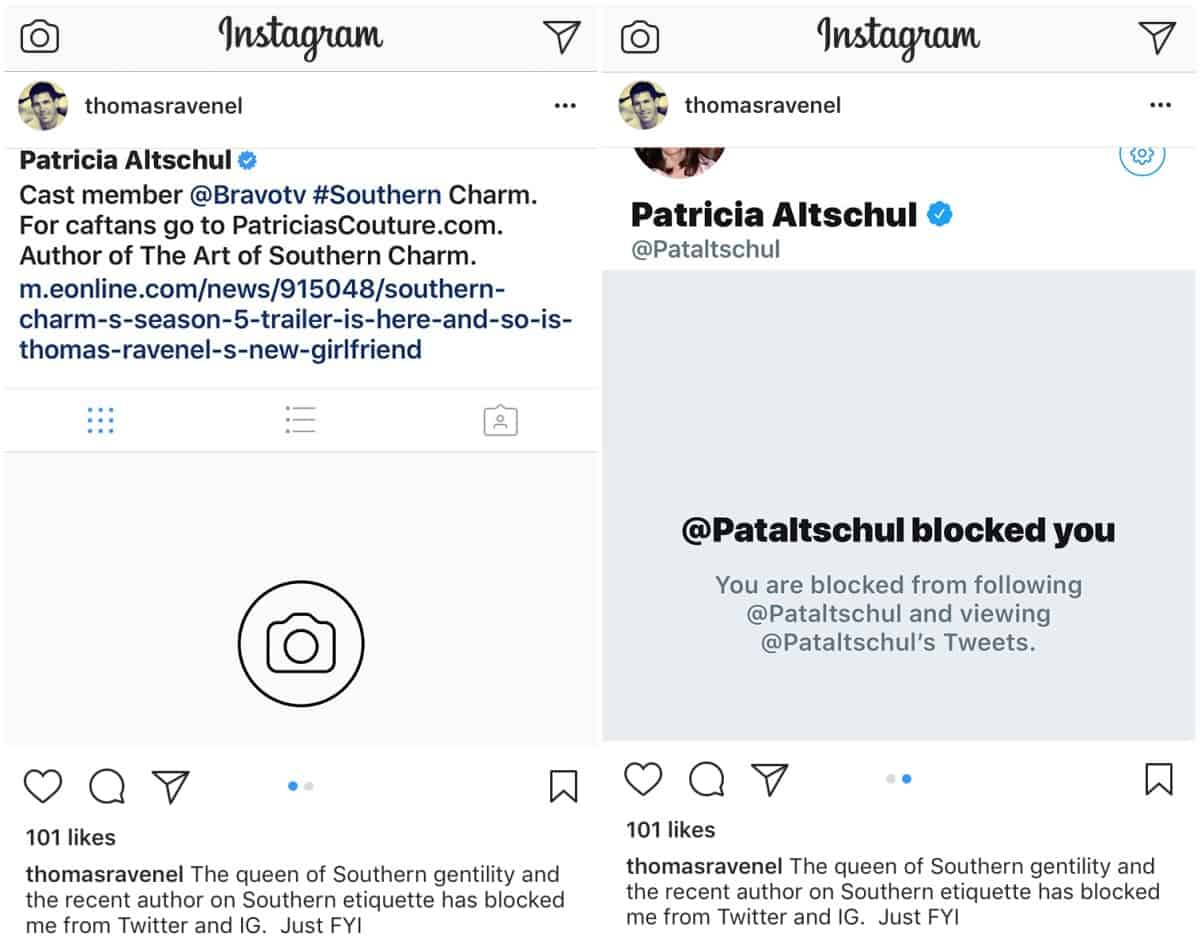 Ashley wrote, “The classy Grande Dame of Southern Charm is attacking me by retweeting nasty troll accounts. She doesn’t seem like the queen of gentility to me.”

Thomas later retweeted a post by Patricia to prove she, and not someone managing her social media pages, was the one who blocked him.

And in a rather odd twist, it appears Patricia is now on good terms with Thomas’s ex Kathryn Dennis. Yes, seriously! In fact, just this week Patricia posted a video of Kathryn with her son Whitney Sudler-Smith, in which the two play a prank and announce they are having a baby! That post is below.

As for the reason for the feud between Patricia and Thomas, that is currently unknown.

Additionally, Thomas is also speaking out about the heated exchange between Ashley and Kathryn that was shown on last season’s premiere episode. During that argument, Ashley referred to Kathryn, the mother of Thomas’s two kids, as just an “egg donor.” Ouch.

Thomas tweeted on Tuesday that both he and Ashley regret her comments.

He tweeted, “She’s a great person who made a mistake and is deeply regretful. It’s really my fault for not defining certain off limit boundaries to her.”

She’s a great person who made a mistake and is deeply regretful. It’s really my fault for not defining certain off limit boundaries to her.

UPDATE – We can now reveal to you the reason for this rift between Patricia and Ashley/Thomas. It all has to do with Thomas’s ex-girlfriend  Luzanne Otte. Luzanne did a recent interview during which she accused Ashley and Thomas of cyber-bullying her and making her life hell following her split from Thomas last year.

Patricia’s role in this is that she was the one who introduced Luzanne to Thomas, after he begged to meet her, plus Luzanne considers Patricia to be like a second mother to her. So, it appears Patricia, understandably so, is upset about the way Thomas and Ashley have treated Luzanne.

TELL US – THOUGHTS ON THE FEUD BETWEEN PATRICIA AND THOMAS?