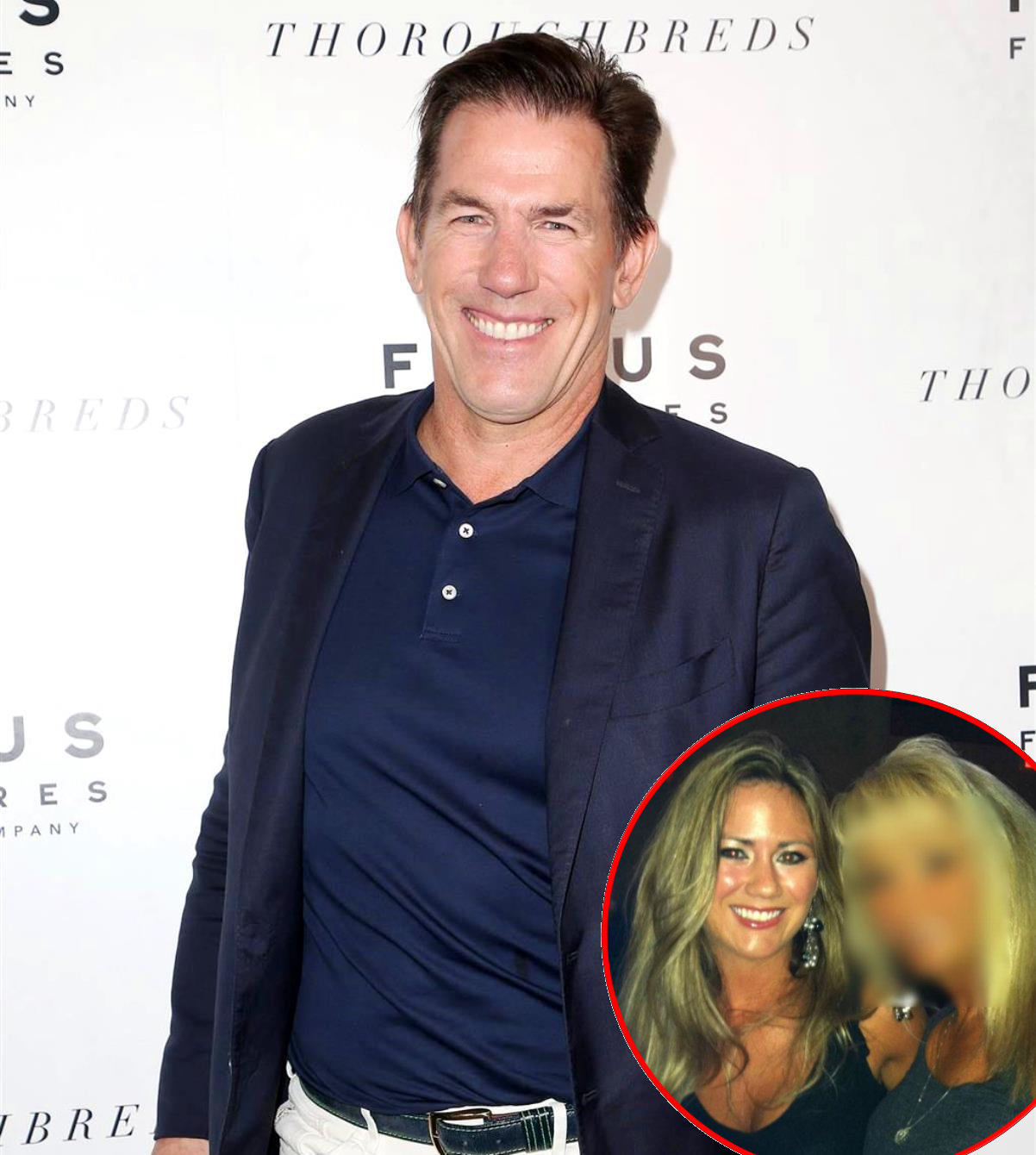 This is quite a tough story to cover so we’ll dive right into it.

This allegation that Southern Charm star Thomas Ravenel paid off a woman two years ago to settle a sexual assault claim first came to light on April 12.

Ashley Perkins, a 29-yr-old model and realtor from Florida, tweeted an allegation that Thomas, 55, paid off her mother two years ago to settle a sexual assault claim against him. Ashley even shared photos of her mother’s injuries that she alleges were inflicted by Thomas.

On April 12, Ashley tweeted, “Bravo star, #RavenelBridge from Southern Charm settled with a local resident, my mother, 2 years ago over a sexual [assault] charge with Gloria Allred leading the mediation. @Thomasravenel.” Below is a screenshot of Ashley’s tweet. 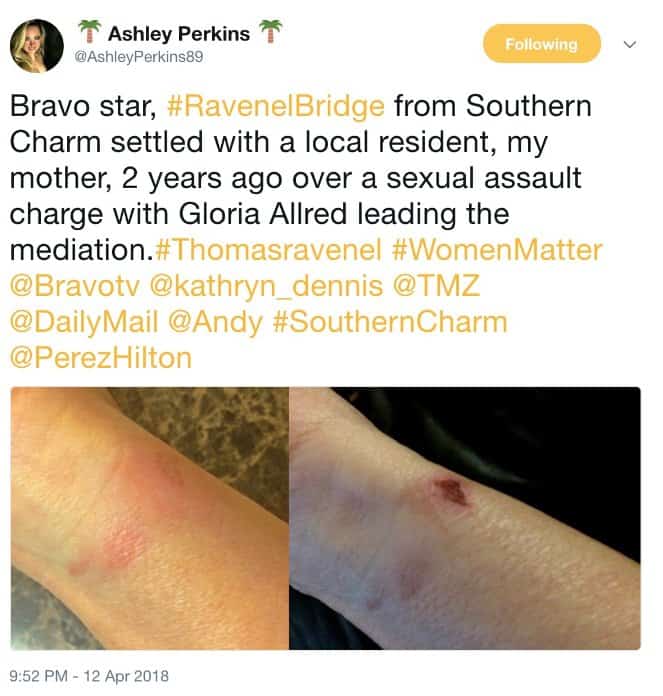 Fitsnews, a South Carolina media outlet, reports that Ashley deleted her original tweet after her mom allegedly received a warning from Thomas’s lawyers accusing her of violating the non disclosure agreement she allegedly signed when the case was reportedly settled in June of 2016.

She however had a change of heart the next day and has since retweeted her original post numerous times.

Ashley also tweeted out a photo of herself with her 53-yr-old mom, the alleged victim, but we are choosing to blur out her face for obvious reasons. 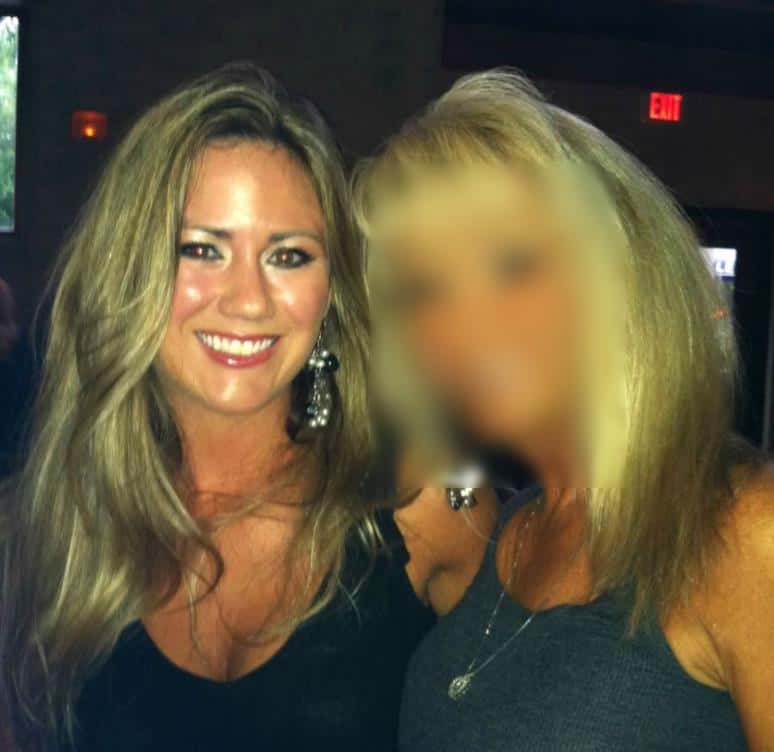 Ashley Perkins poses with her mom, who she alleges was sexually assaulted by Thomas Ravenel

Fitsnews reported on April 14 that they were able to verify that Ashley’s mom contacted several Southern Charm cast members back in December, 2015 – days after the alleged sexual assault took place.

She wrote in the messages, “Seems not only toddlers don’t like the word no. Some grown men don’t like to hear it either. Just in case you haven’t seen HIS dark side, I wanted to make you aware. (The) first photo is (my) wrist from day after incident. (The) second photo was taken (five) days later.”

Below is a screenshot of that message obtained by the site – 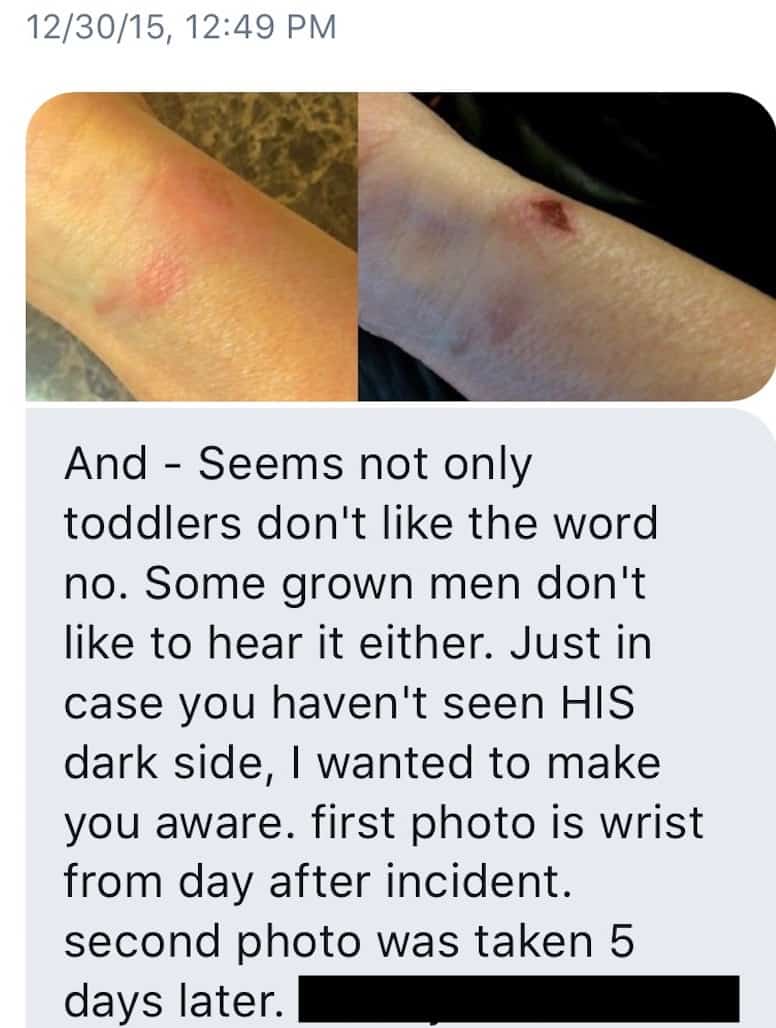 When an unnamed Southern Charm cast member asked the alleged victim if her wounds were inflicted by Thomas, she responded: “Yes he did that to me while physically restraining me.”

Fitsnews reached out to Thomas for a comment and he told them, “I don’t comment on rumors is my comment,” while also referring them to his attorney.

“The recent Twitter statements of Ms. Ashley Perkins about my client are reckless, false and defamatory,” Thomas’s lawyer Richard P. Terbrusch said in a statement. “One can only speculate on her motives, but rest assured once the instant rush of social media wears off and the potential of very real legal consequences sets in, such rashness will be regretted.”

Fitsnews also tweeted over the weekend that Thomas allegedly threatened to sue them if they published their story.

Interesting. @ThomasRavenel of #SouthernCharm has just threatened my news site with a lawsuit if we run a story on the allegations referenced in the tweets by @AshleyPerkins89.

It is unknown if the alleged victim in this case went to law enforcement to report the alleged assault. It is also interesting that neither Thomas nor his attorneys have yet to outright deny that a settlement took place. However, to be fair, a settlement does not always equal guilt in cases of this nature.