Home Real Housewives of Beverly Hills News RHOBH’s Teddi Mellencamp Calls Out Dorit Kemsley For Saying She’s Boring! Plus She Discusses Her First Marriage & Why She Didn’t Fire Back at Erika Jayne

RHOBH’s Teddi Mellencamp Calls Out Dorit Kemsley For Saying She’s Boring! Plus She Discusses Her First Marriage & Why She Didn’t Fire Back at Erika Jayne 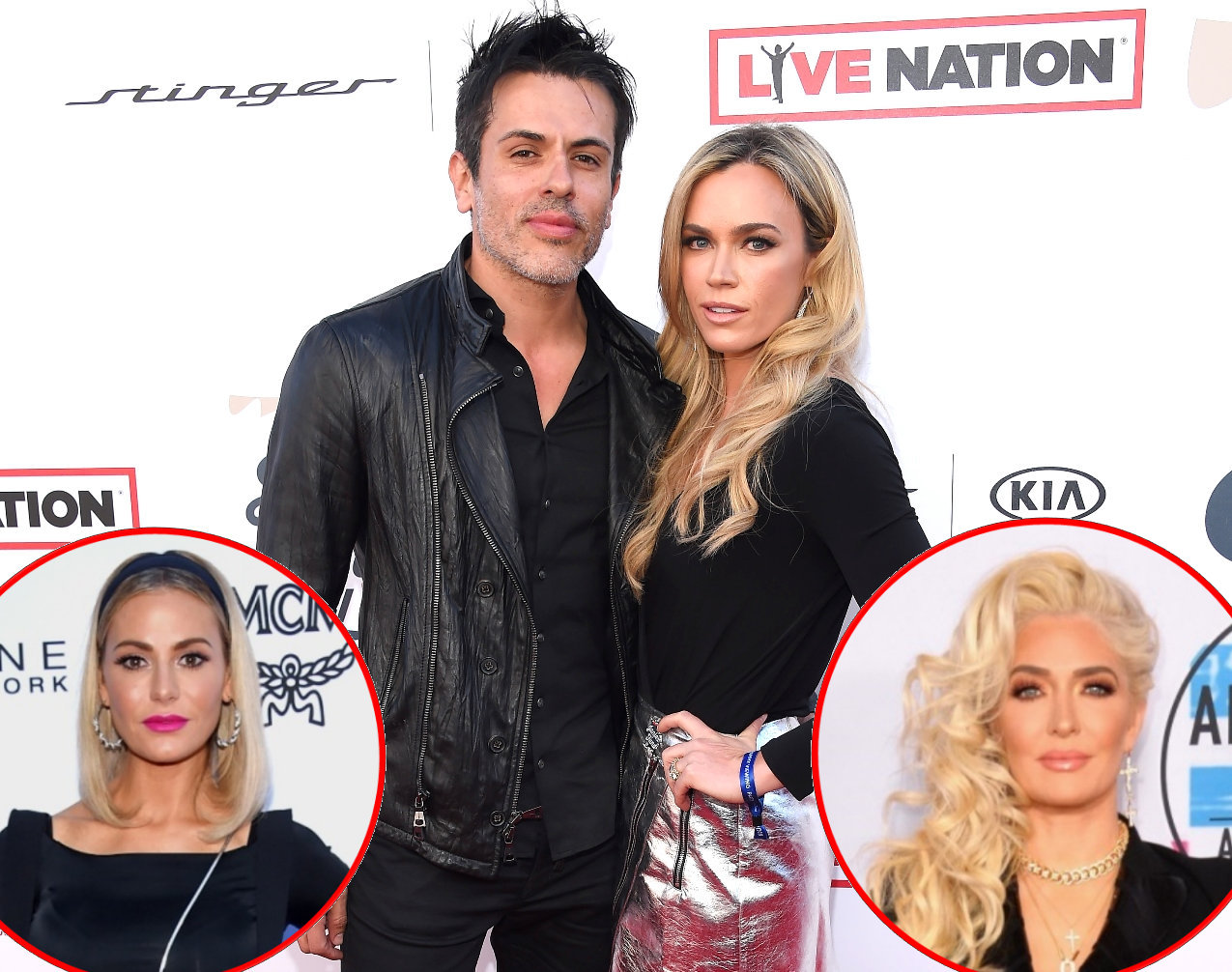 In a new interview, Teddi doesn’t hold back as she calls out her co-star Dorit Kemsley for calling her boring, and says she’s done apologizing to her. She also touches on her drama this season with Erika Jayne, and shockingly reveals she has been married once before her current husband Edwin Arroyave.

Teddi appeared on Flipping Out star Jeff Lewis’s Sirius XM radio show Jeff Lewis Live on April 27, and was quite open about her life.

First, she discussed her drama with Dorit, who also appeared on Jeff’s show last week. Jeff brought up the fact that Dorit stated she felt hurt by some of Teddi’s comments about her on the show.

“I completely understand what she’s saying but the point of the confessionals are for us to talk about how we felt in the moment after something happened,” explained Teddi. “I always try to be, you know, a little shady.  A little funny. But I never was calling her anything, like she was malicious or anything like that. I was trying to kind of make light of a situation that was actually more serious.”

Jeff then revealed that Dorit told him she felt hurt by Teddi as she thought they were close friends. Teddi seemed to find that sentiment a bit, err, phony to say the least.

“Well, I think that’s interesting [for Dorit] to say that she felt close to me but I’m also boring as f–k. How close can you be with a boring as f–k human?” she asked.

Teddi also took issue with Dorit claiming she was the one who brought Teddi on to the show, as Teddi says that while they have mutual friends, they had actually never met in person.

“[Dorit] and I have an issue communicating. And that has always been our problem since the beginning of the show,” revealed Teddi. “I was listening, and I heard her say, ‘I brought her into this group.’ And you know, we have to remember we have a mutual friend, but I met Dorit at the same time you guys saw me meet Dorit on the show. So [it’s not like we] have this long history and I changed, and I flipped the script.”

At the end of the day, Teddi doesn’t feel she did anything wrong to Dorit, nor does she owe her an apology.

“If she finds me boring or if I hurt her feelings or whatever it is, I can’t appease everybody and I can’t be interesting to everybody, and that’s okay,” Teddi said.  “Yeah, she’s fun. She is fun. But I’m done in the stage of my housewife situation of over-apologizing.”

The topic turned to Erika Jayne, who brought Teddi to tears during a verbal lashing this season. Jeff was surprised that Teddi, who seems somewhat tough, didn’t really fight back when it came to Erika. Teddi reveals her reasons while throwing a little shade of her own.

Finally, Teddi revealed she actually has one divorce under her belt, as she was previously married to her first husband, Matthew Robertson, for two years.

“I was married to a nice guy for two years,” revealed Teddi. “I met my first husband on a blind date. And he was just a nice guy, and we hit it off. And we became best friends. Then we got married… Oh, we had a huge wedding at my dad’s house.”

So what led to their divorce?

“There was no ill will because it was sad,” she said about the breakdown of her first marriage. “It wasn’t that he was too nice. It was that we had gotten to a place where we were so comfortable with each other. We were friends but the romance was gone. We both knew it.”

It was during her heartbreak from her first marriage that she met her current husband Edwin out at a club, which led to a one night stand, and ultimately a marriage and two kids!

“I was drunk. I was a hot mess. I was was a newly divorcee. I had been drinking for hours. I was sad. I was bummed out. I mean,  I went into a club with uggs on… And then the next morning happened, and I was like ‘Edward, it’s 6am and you gotta go.’ All of a sudden, I noticed the worst part of all is not only didn’t I not know the man’s name who I had relationships with the night before but he also had a ponytail and leather pants on.”

She says he did end up cutting the ponytail once they were in a committed relationship.

When it comes to plastic surgery, she stated: “I do Botox. I get laser on my face.”

As for where she stands with Dorit today, she admits they don’t really talk anymore.

“Well, we did WWHL so we were in the same place after we filmed the reunion. I mean we’ve talked a little bit just in that setting, but that’s it,” she revealed.

TELL US – DO YOU LIKE TEDDI? DO YOU WANT HER TO RETURN NEXT SEASON?!