The Real Housewives of Potomac Recap – Shade in a Bubble 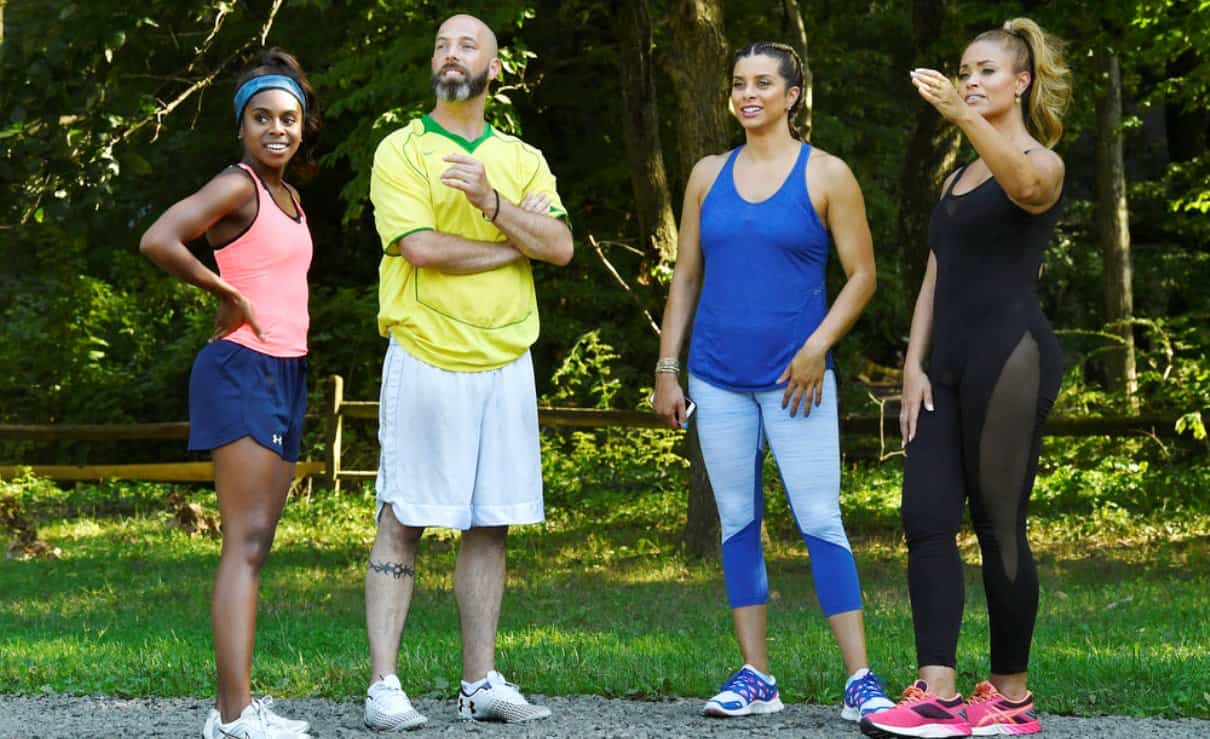 The ladies of The Real Housewives of Potomac have got to be the nosiest people in the world. They’ll ask each other anything! But what’s even crazier is that they’ll TELL each other everything too..even if nobody wanted to know.

When we picked up with the ladies last night, Ashley had invited Gizelle and new housewife, Candiace to a yoga class, so she could introduce them.

They got along pretty well, actually, and Candiace happily told Gizelle all about her fiancé, Chris, and their upcoming wedding. And I do mean ALL about Chris!

Candiace described Chris as a “white man with a bald head”, who “turns into a brown man when he drinks, and that, incredibly, his um…manhood is brown, too…well, the “tip is pink”, but still.

I know, I know…I didn’t say it! And Gizelle didn’t ask, but now this is something we all know about Chris. You’re welcome. And I’m sorry.

Anyway, Giszlle was far more concerned with the cold hard cash, and asked Candiace whether or not she planned to have a prenuptial agreement. Did I mention that these women had literally JUST met?!

But Candiace didn’t even seem all that phased by the intrusive question, and said that while she had more money than Chris, prenups seemed “unsexy”, so they would likely just forgo it.

Gizelle explained to her that sexiness had little to do with it, and advised her to protect herself with a prenup because well, “you just never know”.

It was probably sound advice, and Candiace certainly seemed to take it to heart, because she broached the subject with Chris immediately.

He assured her that he had no problem signing a prenup, and walking away from their marriage only with what he walked in with, should it come to that.

After dispensing with talk of divorce, the couple began planning a “bubble soccer game” as a fun way to get to know all the ladies and their husbands. Needless to say, Candiace is very, very young.

Besides, “bubble soccer” just isn’t the type of thing these ladies are into. When Monique extended the invitation to Charrisse, they shared a conspiratorial and mean spirited chuckle at poor, sweet Candiace’s expense.

Monique also had a little chuckle about Gizelle and the garden party she’d had where she read from her new book. Monique poked fun at Gizelle’s reading ability, saying she needed to hire a “ghost reader” to go along with her ghost writer.

Ooof! It was a little snarky, but Charrisse laughed right along with her. However,  she failed to mention that part to Gizelle when she told her everything Monique had said about her, and even added that Monique had referred to her as “simple and “dumb” (she didn’t). What game are you playing, Charrisse?!

Gizelle was unfazed, though, and laughed it off, saying she felt bad that Monique had nothing of her own going on, and had to resort to talking about her.

They were at Robyn’s for a little “old school” get together, along with Karen, and the four of  them finally seemed to be in a good place with each other. The only discontent seemed to be between them and their younger cast mates.

Robyn began reflecting on her issues with Ashley, who seems hell bent on putting in her two cents about Robyn’s relationship with her ex, Juan.

But Robyn’s happy, and feels that Ashley doesn’t understand her relationship. She and Juan have been through a lot together, including being so broke, at one point, that they didn’t have gas in their home. But, as Robyn told the ladies, they’re finally in a good place, and she intends to enjoy it.

Besides, Ashley needs to worry about her own problems anyway. Her husband, Michael told her to give her mother an ultimatum:break up with her ne’re-do-well boyfriend, or he and Ashley would cut her off financially.

Ashley failed to follow through, and when she told Michael that she just hadn’t been able to bring herself to  threaten her mother that way, he reminded her that they’d had a deal, and that if she didn’t keep up her end, he may have to leave the relationship…again.

Ashley didn’t seem all that surprised by Michael’s reaction. But she  looked a little sad when she thanked him for talking to her, as he got up without another word, and left her sitting alone at the table. And she says Robyn’s relationship is “toxic”?!

Fortunately,  Ashley and Michael were able to put their issues aside long enough to go play bubble soccer. But much to the disappointment of their hosts, the other ladies left their men at home.

The day got off to a rather awkward start. Robyn introduced herself to Candiace, who reminded her that they’d already met at Monique’s party just a few days before, and Robyn was forced to apologize sheepishly, and admit that she’d forgotten.

Things only got worse when Candiace introduced Chris to Robyn and Gizelle, who immediately admitted quite loudly that all she could think of was Chris’ oddly colored manhood. Poor Chris looked mortified, as the women pointed and laughed.

As I said, “bubble soccer” isn’t exactly these ladies’ thing, and when they saw that it involved not only kicking a ball, but also rolling around in the hot Potomac sun inside a big bubble, there were plenty of whispered complaints, and Gizelle and Karen opted out, altogether.

After playing  for all of 2 1/2 minutes, the rest of the ladies began to get parched and tired, and the game ended, but the food was delayed, and the punch they served was “too thick and syrupy”, so the groaning continued.

When the food finally did arrive, it didn’t include the brisket Gizelle had been looking forward to, or any napkins…and it was bbq!

The ladies continued shading every aspect of the event until Candiace sat down to join them and they began to grill her.

She once again regaled the women with tales of her white fiancée’s mythical brown member. He was within earshot if the conversation, and turned beet red before scurrying off.

As the women watched him go, laughing at his discomfort, talk turned once again to their upcoming wedding, which Candiace announced that her mother was paying for. Well, it’s not so strange for a parent to pay for their child’s wedding, but the women wanted more details.

Candiace went to tell them that her mother also paid half the mortgage on she and Chris’ home because it was actually her vacation home. The ladies were stunned by this, and asked what, exactly, Chris paid for.

Candiace began to list things, her car note for starters, before Karen told her to stop answering their nosy questions. This is exactly what I mean: These ladies are just nosy, and feel they can ask the most intrusive questions, but they usually get the dirt they’re after,  so I guess they’re doing something right.

Candiace was a good sport, and she didn’t mind the “hazing” the women had put her through. She laughingly compared the ladies and their questions to dogs sniffing each other day butts in an effort to get acquainted.

As the ladies took their leave, it looked like Candiace had done pretty well for her first event. She got to know them, and everybody got along and enjoyed themselves. But she did promise that her next event would be indoors, or at the very least, include napkins.

The will be back to digging for dirt and throwing shade next week. Stay tuned!

TELL US – WHAT WERE YOUR THOUGHTS ON THE LATEST RHOP EPISODE? WERE THE LADIES TOO HARD ON CANDIACE?