Home Real Housewives of Potomac News RHOP’s Ashley Darby Speaks Out On Nasty Spat with Husband Michael: ‘It Was Brutal For Me to Watch,’ Plus What She Regrets Not Saying

RHOP’s Ashley Darby Speaks Out On Nasty Spat with Husband Michael: ‘It Was Brutal For Me to Watch,’ Plus What She Regrets Not Saying 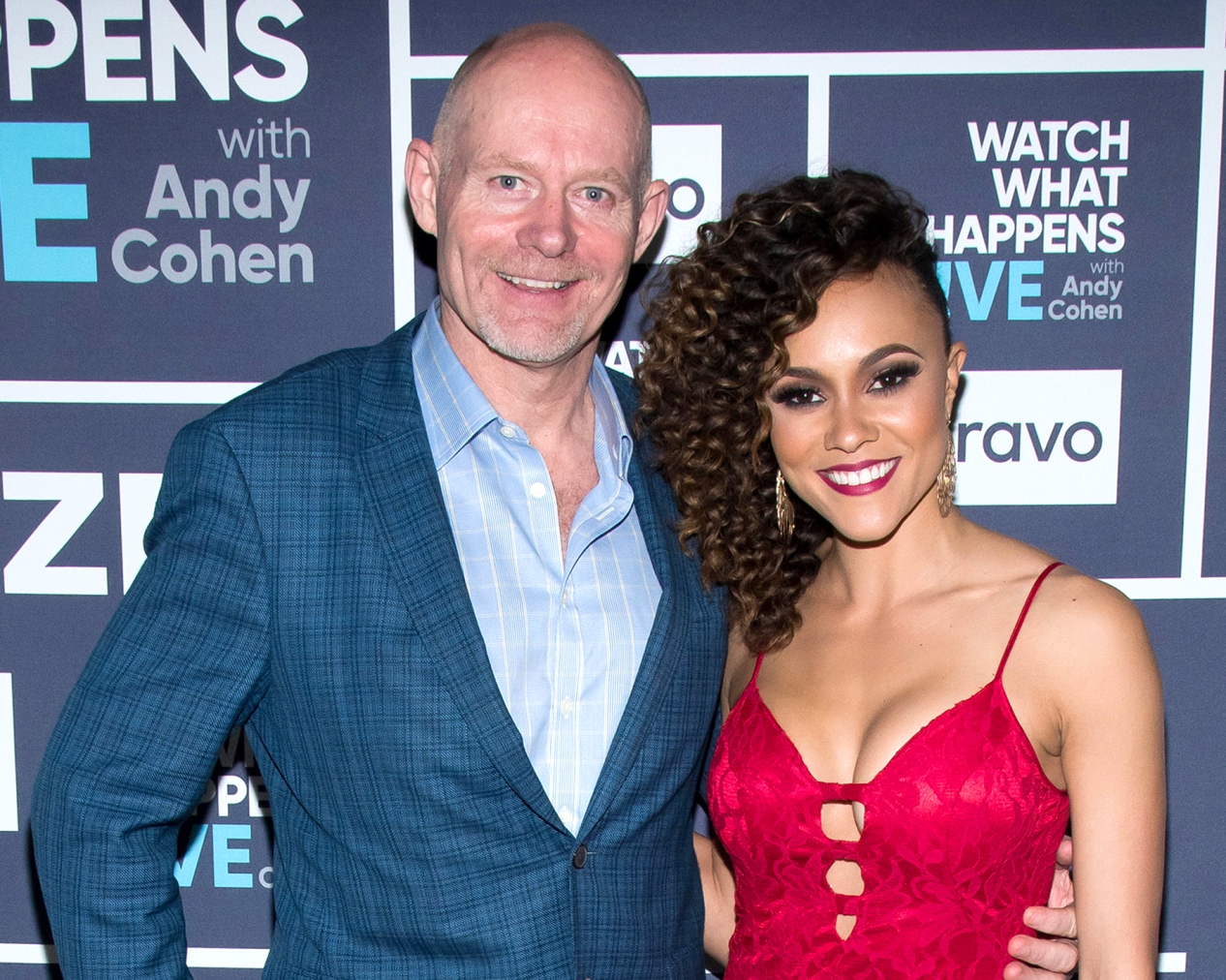 Marital discord among the housewives is certainly nothing new. And spats between spouses generally take a backseat to the drama among the women, but a particularly nasty argument between Real Housewives of Potomac star, Ashley Darby and her husband, Michael Darby, during last Sunday’s episode has gotten plenty of attention due to a low blow comment Michael made to Ashley.

In a new interview, Ashley opens up about how it felt to watch the episode and where her marriage stands today.

In case you missed it, what began as a fun date night for The Darbys quickly took a dark turn, when Ashley broached the subject of starting a family.

Now, granted that’s a pretty heavy topic for date night, but it didn’t come out of left field. Just days before, while the couple was on a double date with Ashley’s co-star, Monique Samuels, and her husband, Chris, Michael had surprised everyone when he announced that he was becoming “more and more ready” for children.

However, when Ashley casually brought up the subject again, Michael not only appeared to do a full 180 on his earlier stance, he delivered what she called “the worst dig he’s ever thrown,” when he told her that he’s hesitant to have kids with her because he fears ‘she might look after his kids, the same way Ashley’s mother had looked after her.’

It was a low blow, for sure, not to mention unnecessarily disrespectful, and, Ashley told Bravo TV she was left absolutely stunned.

“I felt like a hockey puck had flown off the ice and hit me in the face. At first I didn’t think I’d heard him properly, but then when he repeated it, I felt my heart start to beat rapidly. Like, come again?” she said of her initial reaction.

She added that watching the episode was “brutal,” mainly because, at the time, she didn’t defend her mother, Sheila Matthew.

“It is brutal for me to watch now. Being transported back to that evening is very difficult for me, mainly because I am surprised by my own reaction. I didn’t recall what I’d said and expected myself to say something quite different than what actually came out of my mouth,” she explained.  “While I understand now that Michael was projecting his feelings about my family onto me, in the moment, I was focused on trying to hear my partner’s needs. I did so at the expense of my mom—I should have defended her and asserted what a great mother she was/is to me.”

Ashley also said that the argument took place shortly after the couple had reunited following a brief separation, and that it was a “fragile” time in her marriage, when emotions were running high, and that they both now regret it.

“We both had tunnel vision at the time, which clouded what a wonderful woman Sheila is. It wasn’t fair on her. I feel very bad, as does Michael. We were both caught up in the immediacy of everything going on around us, causing us to lose sight of how important love and acceptance is,” she continued.

Ashley also touched on Karen Huger’s decision to invite Kyndall Douglas, the ex-wife of Gizelle Bryant’s ex-boyfriend Sherman Douglas, to her gala. According to Ashley, it was a calculated move by Karen to get back at Gizelle!

“It was quite interesting timing that Karen invited her to an event with us for the first time that night, when I’ve known these ladies for a few years now,” said Ashley. “Naturally, it’s grade A shade for Karen to have invited Kyndall knowing she is the ex-wife of Gizelle’s boyfriend. I think the ‘press’ conference left a bad taste in Karen’s mouth, and she took the most necessary action to get it out!”

You can see how Ashley and Michael’s story continues to unfold every Sunday night at 8/7c only on Bravo.

TELL US – DID MICHAEL GO TOO FAR WITH HIS COMMENT TO ASHLEY?