RHOP’s Monique Samuels Reveals Complication With Latest Pregnancy, Still “Devastated and Afraid” Due to Past Miscarriage 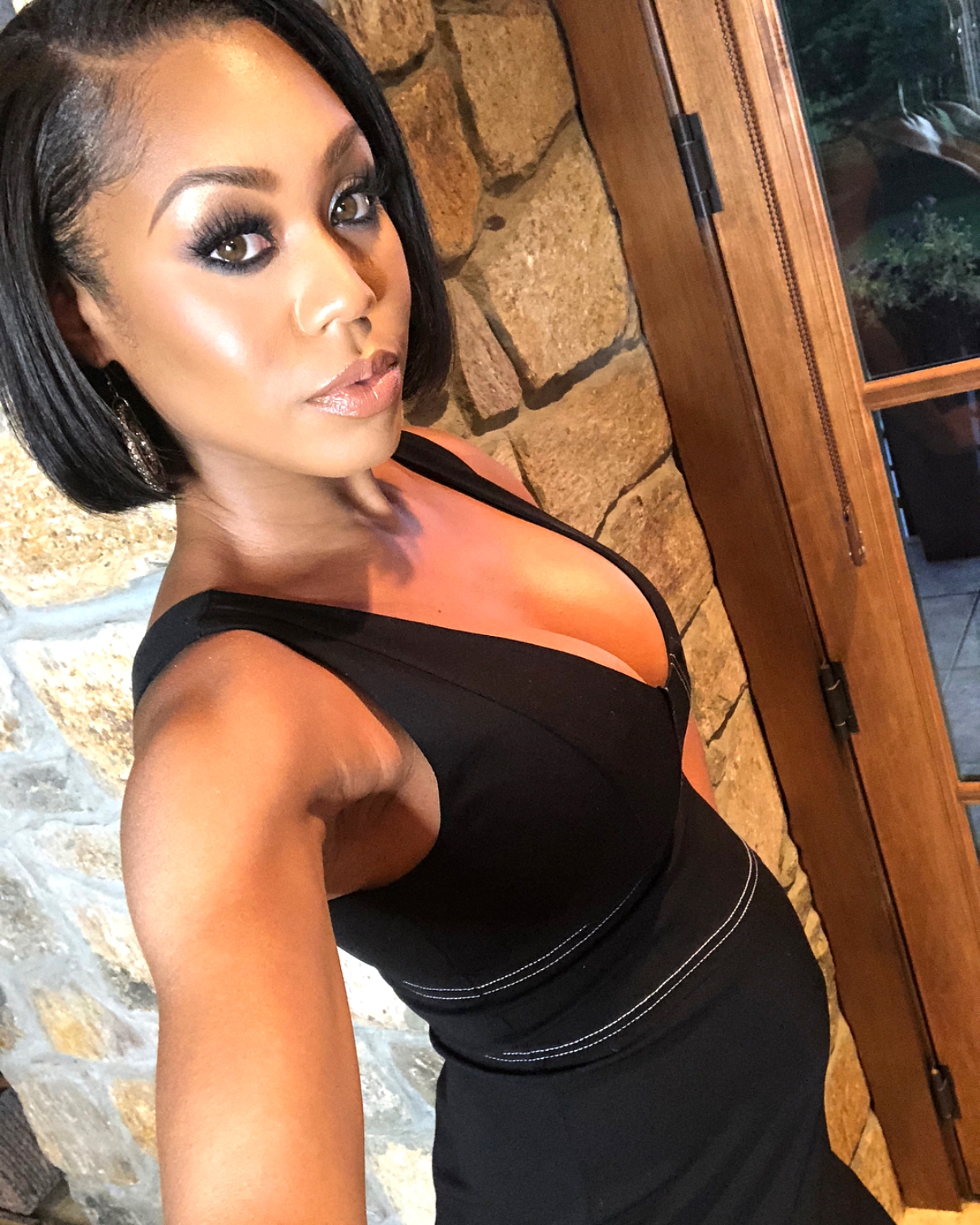 Last month, The Real Housewives of Potomac star Monique Samuels and her husband, Chris Samuels, happily announced that they are expecting baby number 3!

The couple is already parents to two adorable children, Chris Jr. and Milani, but after suffering a ‘devastating’ miscarriage last year, Monique says this pregnancy holds a particularly special meaning to them. Plus, she’s also opening up about some early complications she’s experiencing with her latest pregnancy.

Monique, 34, opened up about that painful time in her new blog post on her site, Not for Lazy Moms, and explained that she “was a complete mess on the inside” following the loss, which occurred 7.5 weeks into her pregnancy.

This time around, Monique says that she’s been “more careful” than she was  during her three previous pregnancies, but, unfortunately, this pregnancy has not been without its own complications.

Monique explained that about 8 weeks into her new pregnancy, an ultrasound revealed a subchronic hemorrhage in two areas of her placenta that should have been fully attached to the wall of her uterus, and the news that this pregnancy could also be in potential peril was scary, to say the least.

“My doctor told me that if the placenta fully separated, I would lose the pregnancy, regardless of the excellent health and size of the fetus. Talk about devastated and afraid,” she shared.

But Monique refuses to give in to her fears, and is committed to holding  positive thoughts and following her doctor’s orders to take it easy. But, she explained, that’s often easier said than done.

“Although I have been able to focus on positivity, there are times when I find myself nervous to go to the bathroom with the fear I’ll see blood, anxious to hear the baby’s heartbeat after experiencing unusual abdominal discomfort, or just having the thought of not getting too attached to this pregnancy, just in case I lose it again,” she admitted.

She adds that she is trying not to let the pain of her miscarriage carry over into this pregnancy, and she’s taking nothing for granted this time around.

“Although I mourn, I am determined that my loss will not define my future or current pregnancy. What a relief I felt after I made it through the first trimester; a feeling I took for granted twice before when I carried Christopher and Milani. I feel like a cloud has been lifted,” she explained.

Monique was thrilled to show off her beautifully round baby bump on social media, but said that she and Chris are planning to hold off a little longer before they tell their preschool aged children that they have a new sibling on the way. But she also wonders if they somehow already know!

“We haven’t told Christopher and Milani yet, as we would like to wait until we’re a little further along; kids tend to be a little impatient, and I would rather they know when it’s almost time,” she said. “However, they have been giving my belly plenty of hugs and kisses. It’s almost as if they know but they don’t know they know!” she added.

It just doesn’t get more precious  than that! We certainly wish the family continued good health and happiness as they prepare to welcome their new addition. You can keep up with the family’s story every Sunday night at 8/7c only on Bravo!

A preview clip of tonight’s all new RHOP episode is below.