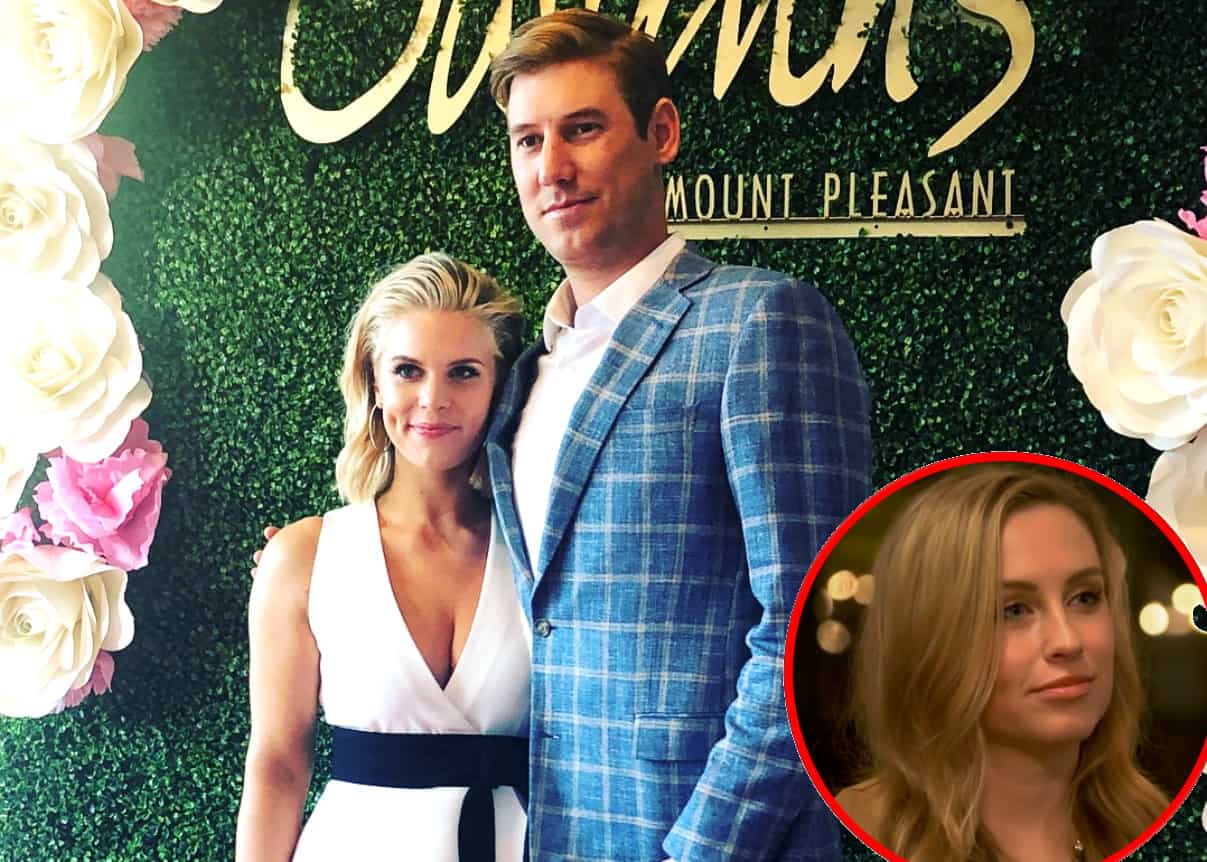 Southern Charm star Austen Kroll made big headlines this weekend after a video that appeared to show him being busted cheating on his girlfriend went viral.

Today, Austen’s girlfriend, Madison LeCroy, who was shown confronting him in that video, is now addressing the entire ordeal. Additionally, Austen’s ex-girlfriend Victoria Bolyard is speaking out against him.

In the video, which was leaked to South Carolina media outlet Fits News, Austen is seen being confronted by Madison, who just discovered him with two girls in his bedroom.

As this was going down, one of those girls secretly started recording the couple’s fight, and at one point Madison could be heard asking why she found the panties of one of the women on Austen’s bedroom floor after he denied any wrongdoing. At another point in the video, Austen tells Madison to stop acting like “a crazy person” and proceeds to threaten to kick her out of his home.

As we reported over the weekend, Austen and Madison are still very much together despite the cheating drama.

And now, Madison is breaking her silence as she defends both Austen and their relationship. She is claiming they weren’t in a relationship during the period the video was made.

She wrote on Instagram, “Like every relationship – we have went through a few bumps in the road to get where we are now. A video taken several months ago, while we weren’t in a relationship is showing one side of a story, this will not tear us apart. We chose to forgive, forget and move forward with a fresh start.” 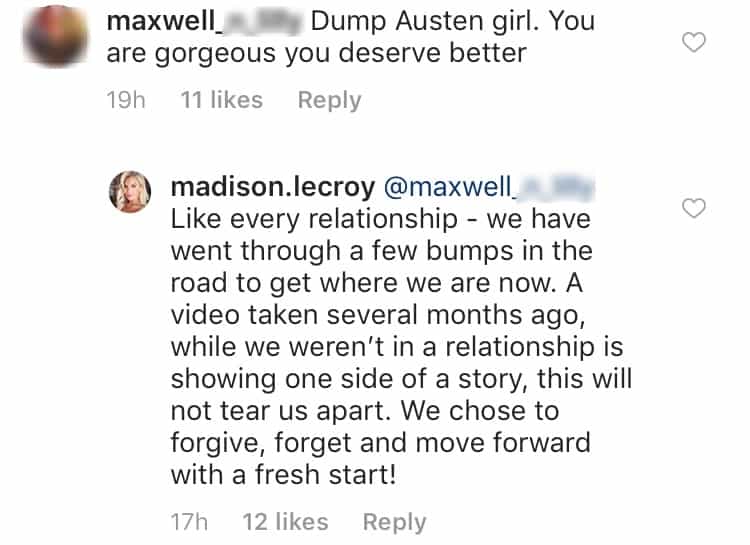 Interesting comments there by Madison.

When it comes to Austen, he is choosing to remain silent about the video. However, his ex-girlfriend Victoria, who was featured dating him on this season of Southern Charm, is speaking out.

If you recall, just two weeks ago, Austen claimed part of the reason he ended things with Victoria was because she acted crazy during their relationship and once threw a rock through his window following an argument.  Well, Victoria is now responding, as she feels this footage somewhat vindicates her.

Victoria wrote on Instagram, “Now everyone can see the gaslighting and bullying I dealt with. Good luck @madison.lecroy.”

She later added, “I was the one girl who didn’t cheat on him or blow up his character flaws on national TV but he still chooses animosity toward me.”

A screenshot is below, courtesy of a Bravo fan site. 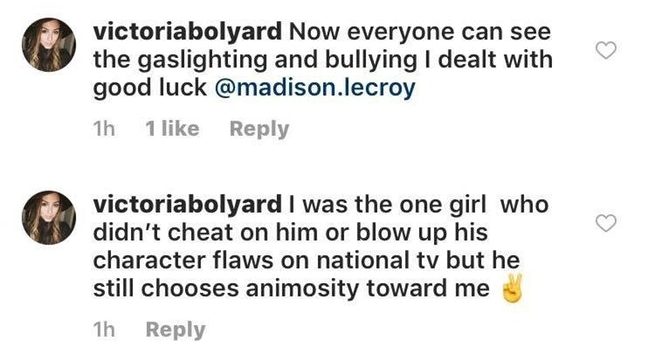 The finale of Southern Charm is scheduled to air this Thursday on Bravo at 9/8c.