RHOP’s Gizelle Bryant Discusses Allegation She Made About Karen Huger’s Husband Ray: ‘Karen Knows Everything I Said Is True” 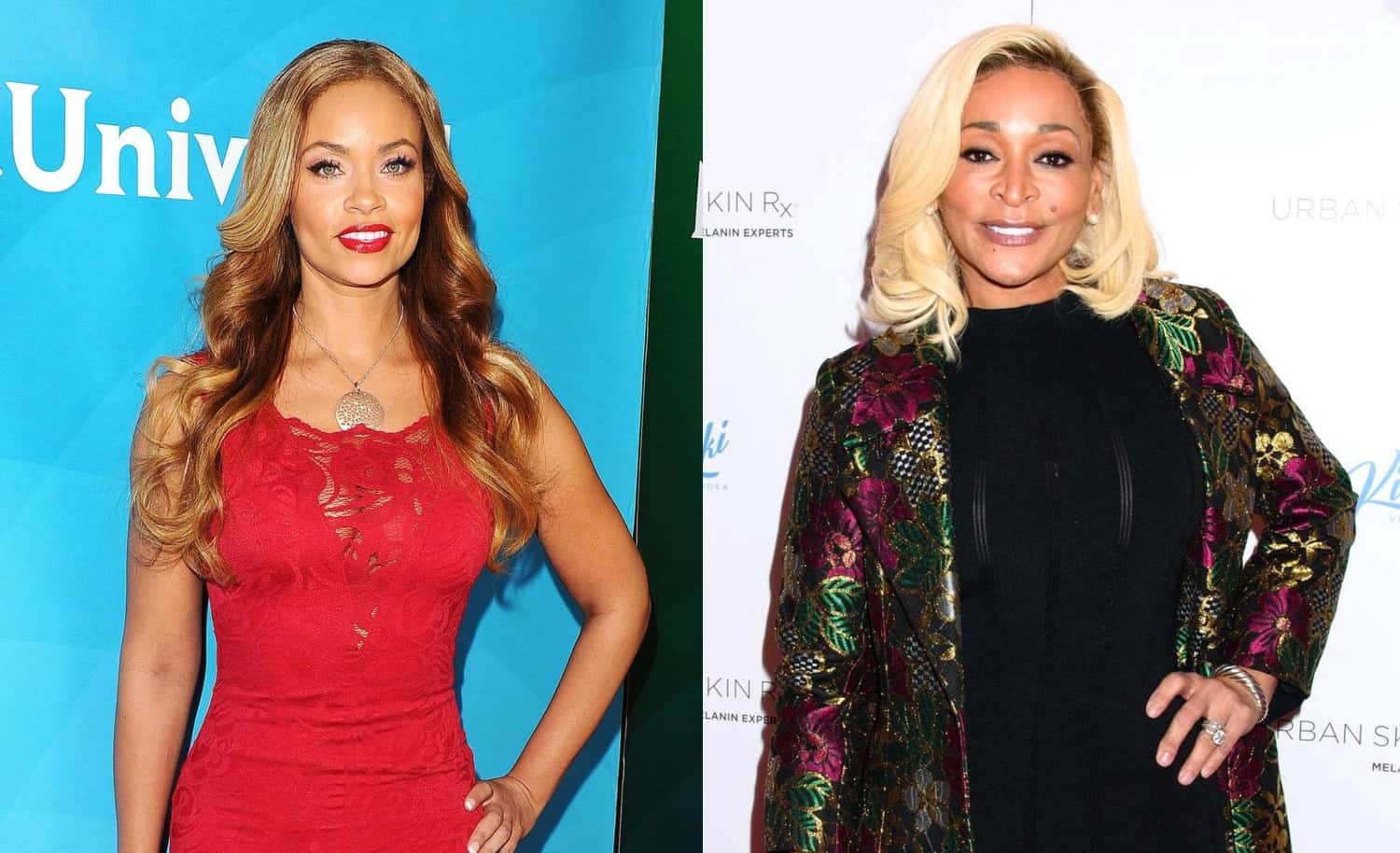 The Real Housewives of Potomac star, Gizelle Bryant, never hesitates to say exactly what’s on her mind, and it often leads to trouble! That was certainly the case during the ladies’ recent trip to France, where she made a rather scathing allegation about co star, Karen Huger’s husband, Ray, and in typical Gizelle fashion, she’s not the least bit sorry.

Gizelle, 47, opened up about her confrontation with Karen and some of the other shady moments from the trip, during a recent interview with Bravo.

The trip was hosted by Monique Samuels, and the purpose was twofold: a birthday celebration; and an attempt to show Gizelle and Robyn Dixon “another side of her,” after tensions between her and “The Green eyed Bandits” had reached a boiling point.

Gizelle and Robyn declined the invitation, at first, but eventually decided to go along, only for Monique to abandon them in coach to go sit in first class with Charrisse on the plane! When Gizelle called Monique out on it, she tearfully explained that she had some things going on in her life that she needed to discuss with Charrisse. In the moment, Gizelle seemed sympathetic, but now she says it was a tres shady way to start the trip, and that she’s “not buying” Monique’s crocodile tears!

“Monique asked me to come on this trip to see a better side of her. However, at the first opportunity to separate herself, she jumped at it,” Gizelle recalled. “In the true fashion of a girls’ trip, we travel TOGETHER. ALL of us were asked if we wanted to upgrade, and we all said no so we could stay together. S0-yep, a little shady.”

The real drama however began when Monique announced that she’d arranged for the ladies to tour a distillery that made the essential oils she loves so much. Gizelle found Karen’s lack of interest in the tour quite curious, and wondered aloud if Karen was actually working on a perfume line, after all.

This led to a squabble between the two women about the validity of their businesses.  But Gizelle was quick to point out that the shade Karen was throwing had little to do with the success of her cosmetics line, EveryHue, and everything to do with her business partner, Erika Liles, who she says Karen’s husband Ray has an enormous crush on. In fact, according to Gizelle, whenever Ray encounters the other woman, he leaves Karen “in the dust!”

Karen, of course, denied that her husband could possibly have eyes for anyone else. She is The Grande Dame, after all! But Gizelle is sticking to her story, and says Karen knows it’s true.

”Karen is the Queen of throwing shade, and never really looks in the mirror,” she said. “If I were her, and I’m trying to get a perfume line off the ground, I would never question, or try to throw shade at ME. I’m someone who is successful and about her business. When I woke up the next morning, it hit me why she would bring up my business partners. Karen knows that everything I said in the lobby is true, and I will just leave it there in the lobby.”

Well, I sincerely doubt it’s going to stay in the lobby! Karen was positively fuming when she left, and Gizelle was loving every minute of it. So, I suspect this isn’t over. Nor is the trip. The joie du vivre continues next Sunday at 8/7c. Stay tuned!

TELL US – DO YOU BELIEVE GIZELLE’S ACCUSATION ABOUT RAY? WAS IT A LOW BLOW BY GIZELLE OR FAIR GAME?