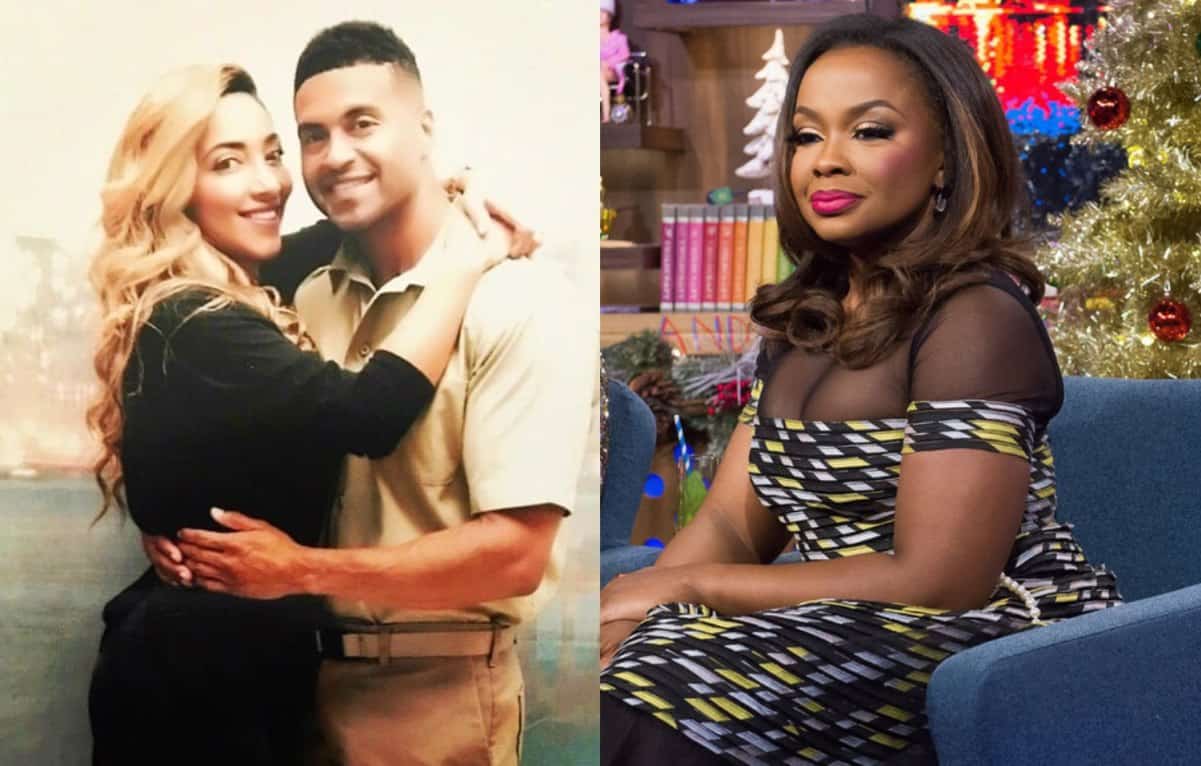 Former Real Housewives of Atlanta star Phaedra Parks is pretty no nonsense, and she’s a big fan of calling the shots! Perhaps that’s why she refuses to take her two sons, Ayden, 8, and Dylan, 5, to see their father, ex-husband Apollo Nida, while he’s behind bars.

And now, Apollo’s fiance Sherien Almufti is now calling out Phaedra over her decision.

In an interview with Radar Online, Sherien reveals Apollo is heart broken over not seeing his boys.

“Apollo’s so in love with his sons, and unfortunately, his ex doesn’t bring them to see him,” explained Sherien, who became engaged to Nida about two years ago. “There isn’t a birthday, Father’s Day, or holiday where Apollo doesn’t send them gifts and write them letters. He loves them.”

Now, none of this should come as any surprise to Apollo, as Phaedra has been quite clear about the fact that she didn’t intend to put her kids through the ordeal of visiting their father in prison, where he will remain until August 2020. All the same, Sherien hopes the exes can come to a resolution.

“Whatever he and Phaedra are going through, I hope that one day they can resolve it for the sake of their kids,” she said.

The Atlanta real estate investor adds that she visits her betrothed quite often, and looks forward to being an involved step-mother to the boys.

“We’re still engaged and I see him every week. When we get married, I will welcome and love his children as if they were my own, and I can’t wait until he gets out, so we can all be a family again,” Sherien stated.

I’d love to be a fly on the wall when Phaedra hears that plan! In the meantime, Apollo’s got about two more years to cool his heels, but Sherien says he’s been making good use of his time.

“He’s become the prison’s fitness guru,” she explained. “Literally everybody in there goes to him for nutrition and workout tips. Working out and focusing on his body is how he keeps his mind being locked up and he loves teaching and helping other inmates in the process.”

Well, here’s hoping that Apollo continues on the right path and can be reunited with Ayden and Dylan soon.

TELL US – SHOULD PHAEDRA TAKE HER SONS TO GO SEE APOLLO?