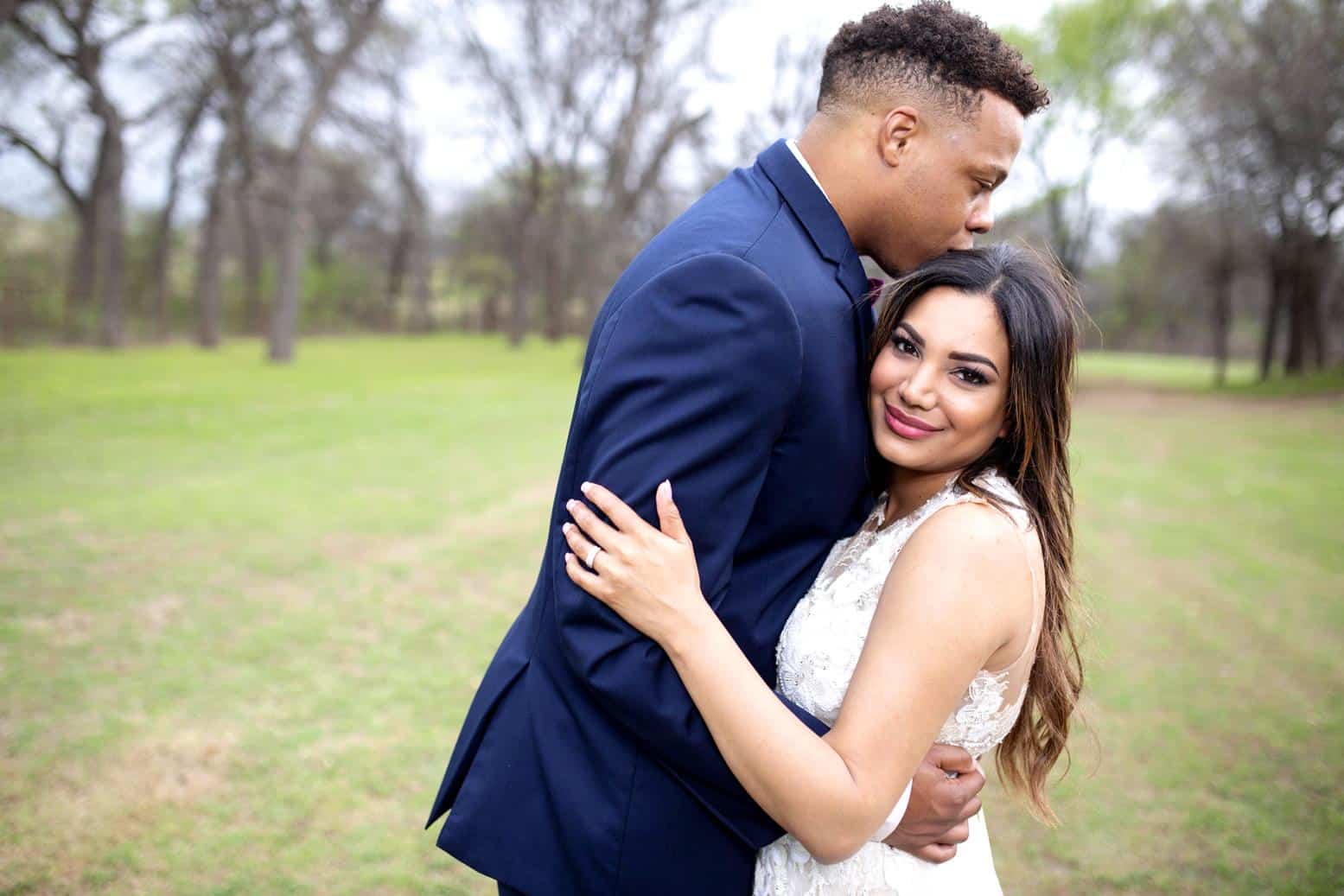 Tristan Thompson and Mia Bally got Married at First Sight but we think poor Tristan may have gotten more than he bargained for. The couple got married March 25th, 2018 for the Lifetime series with plans to travel to Cancun, Mexico for their honeymoon on March 27th, 2018.

However, what should have been a happy start to their honeymoon quickly turned into a nightmare for the couple.  Upon going through customs, Mia was arrested at the airport.

In a sneak peek of tonight’s episode, a confused and tired Tristan talks about the lack of information regarding his wife’s arrest, after customs officers escorted her away for questioning.  “It has been 18 hours since Mia has been arrested, and still no one knows where she is,” Tristan said. “It sucks just waiting and not understanding and not knowing what’s going on. I’m scared for her.”

The Monsters and Critics site is now reporting more details of Mia’s arrest, as the site reveals she was actually arrested on an outstanding warrant for three counts of stalking and one count of unauthorized use of an access card.

Court documents allege that Jared Evans, her ex-boyfriend, “has been repeatedly stalked by” Ameea Bally aka Mia since they broke up around Christmas of 2016.

On June 27, 2017,  Jared called the cops after Mia showed up to his residence and work. She received a warning from the police and was let go.

The stalking didn’t stop there as on August 7, 2017, Jared complained yet again that Mia continued to call, text and show up at his residence. And despite repeated warnings asking her to refrain from contacting her ex, he called police on January 4th, 2018, when she reached out to him via Facebook.

Mia’s ex also states that in December 2017, he received Christmas gifts that she actually had billed to him.

Jared “stated he got a text from Bally on 12-26-27 saying ‘I ordered you a Christmas gift,’” the warrant read. Jared “said he then got three receipts from Amazon totaling $1,455.18. Bally charged two protection plans and an iPhone x. Evans was able to clear up the charges on Amazon.”

In fact, Mia was still contacting Jared as recently as January of this year, just two months before her wedding to Tristan.

On January 15, 2018, Mia emailed Jared about “missing fun times and wishing ‘we could go back.’ She has changed her Facebook name and continuously texted, called and electronically contacted him since ending the relationship.”

Following her arrest on March 27, she was released on March 28, 2018. On tonight’s episode, we will also watch MAFS producer Eric Detwiler meet with Tristan to discuss the whole Mia situation with him. Eric reportedly tells Tristan that they ran background checks on every contestant and are shocked at Mia’s arrest warrant.

This definitely isn’t good news for the MAFS brand as a lot of the marriages haven’t been successful and now they missed an arrest warrant during her background check. Not exactly comforting for any of the contestants. The only plausible explanation is that perhaps the background check was conducted prior to the warrant being issued in February.

So the question is will Mia and Tristan stay together despite this huge hiccup? We will find out tonight as the new episode airs on Lifetime at 9/8c.

TELL US – THOUGHTS ON MIA’S ARREST? ARE YOU SURPRISED MAFS PRODUCERS MISSED THIS?