Teen Mom 2’s Nathan Griffith Says He Will Use Jenelle Evans’ Road Rage Incident to Get Custody of Kaiser, Might Subpoena MTV for Unaired Footage 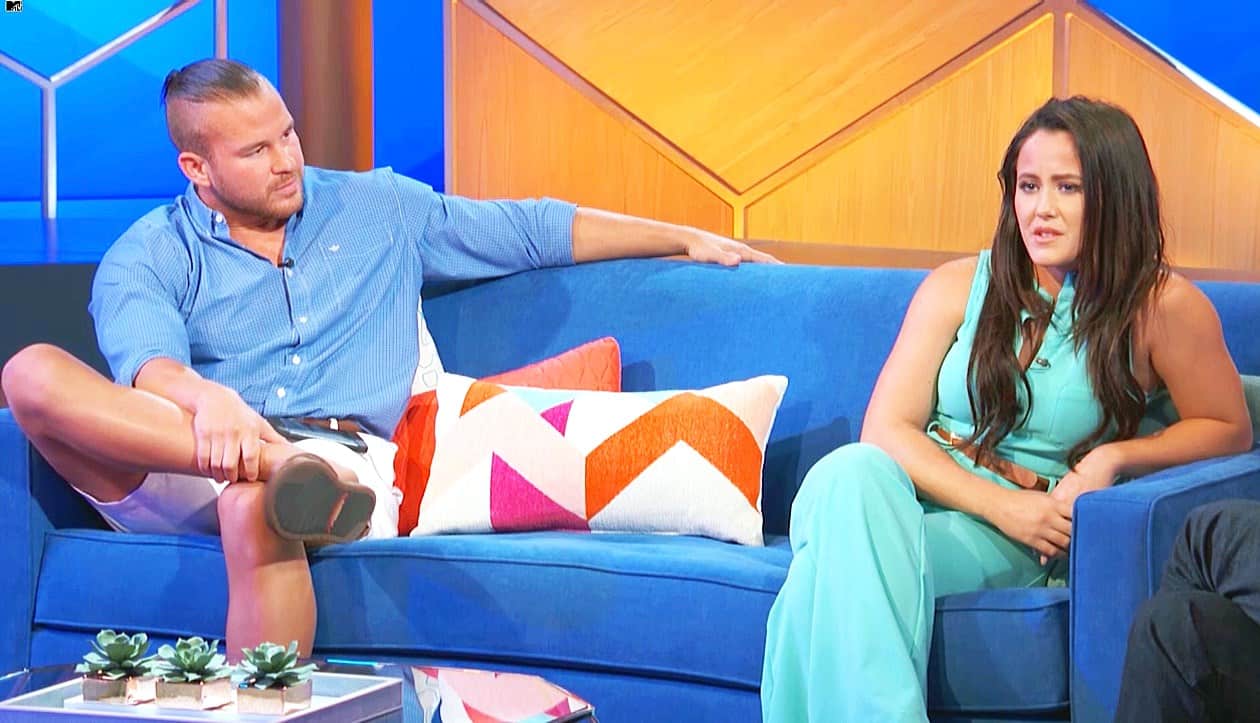 Jenelle Evans remains in the headlines today, days after MTV aired her scary road rage incident which showed the reality star pulling out a gun from her car and brandishing it at a driver she accused of cutting her off… all while her 8-yr-old son Jace was sitting in the front seat with her.

And now Nathan Griffith, the father of Jenelle’s 4-yr-old son Kaiser, is speaking out and revealing he will use this situation to try to get custody of his son.

In an interview with TMZ, Nathan reveals how this situation helps his case.

“I think this helps me in my situation of getting custody of Kaiser because it shows an unstable environment and it shows a very hectic situation instead of being calm and smoothed over,  escalating where it could potentially be more hazardous,” he revealed. “I think it shows that the child might be in danger, being in a hostile situation like that and not making sound judgments to keep the children safe.”

Nathan also shares that he’s even willing to go as far as trying to get this lawyer to subpoena MTV for unaired footage of both Jenelle and her husband David Eason.

“I know Teen Mom 2, they cut out certain scenes and stuff,” explained Nathan. “But of course we’re going to investigate further into the raw footage. Maybe try to subpoena some of the things to court. But overall like I said, I can provide a stable and peaceful  environment and even footage shows where I’m constantly trying to take Kaiser out of a hostile situation.”

In this sneak peek from tonight's new #TeenMom2, Jenelle and Jace deal with an aggressive driver. pic.twitter.com/o9rT1FQNv5

He adds, “I am afraid that if she carries a loaded weapon inside a vehicle and she keeps it that accessible without a lock on it, it’s very dangerous to be around children.”

Nathan also pointed out the fact that even Jenelle’s husband David scolded her over how dangerous the situation was.

He added, “Just from personal experience, I think a lot of their parenting skills lack in quality. And I don’t think they’re probably educating the children about the guns.”

This latest incident might definitely hurt Jenelle, as she was already embroiled in a custody dispute with Nathan’s mom over Kaiser, after some footage came out online which showed Kaiser accusing David of physically abusing him.

TELL US – IS KAISER BETTER OFF WITH JENELLE OR NATHAN?