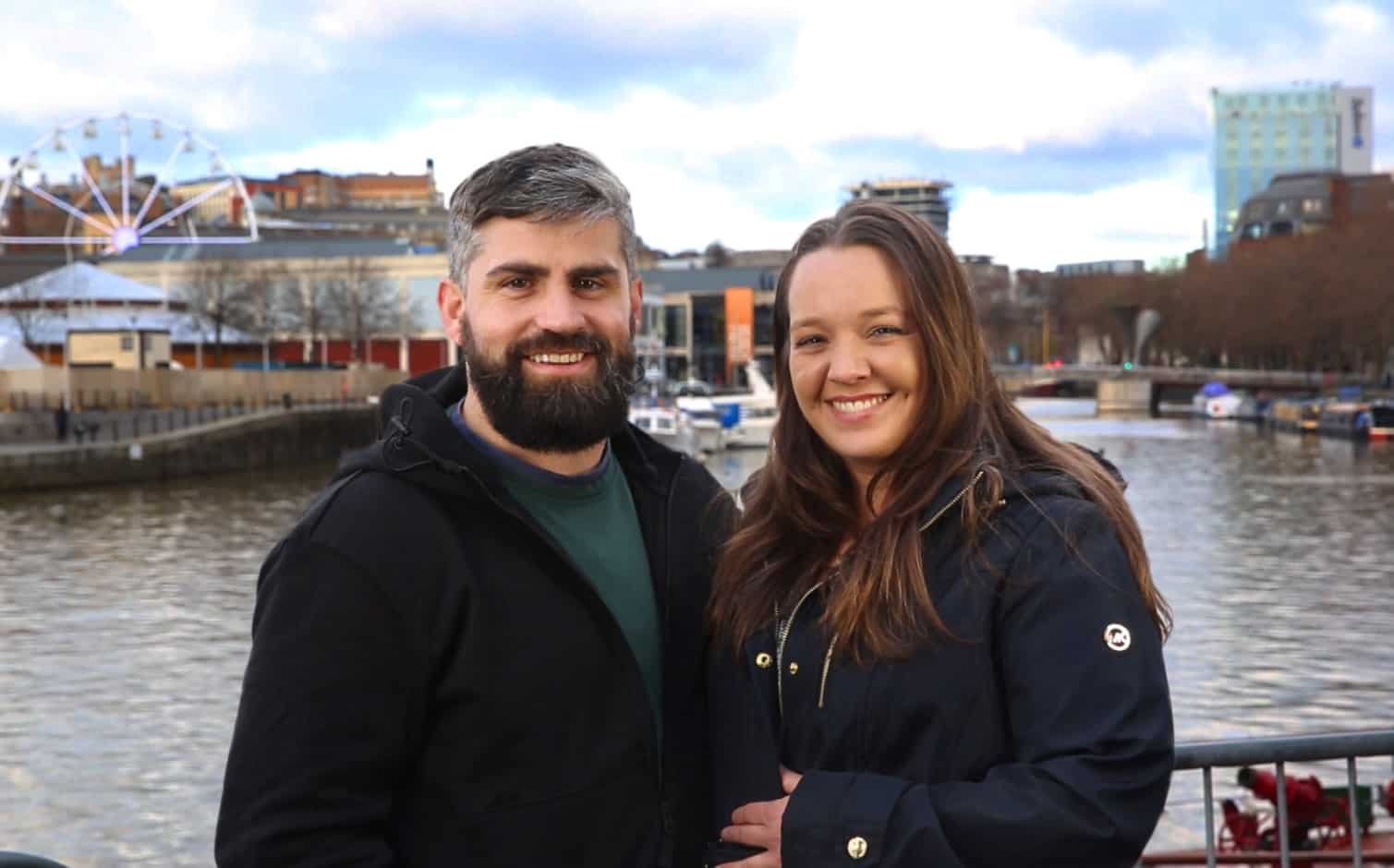 The story of Rachel Bear and Jon Walters will be a first for the TLC series 90 Day Fiance: Before the 90 Days as the couple met online while Rachel was pregnant… with another man’s child! Also below, find out if Jon and Rachel are still together today.

Rachel, a 33-yr-old from Albuquerque, New Mexico and Jon, 34, who is from England, first met online after performing a virtual duet on a karaoke app.

Right away, Rachel says she was blown away by Jon’s handsome looks, and things heated up between the two after Jon sent her a message telling her he had a crush on her.  Their relationship however got more complicated after Rachel discovered she was pregnant with her ex’s baby just as she was getting to know Jon.

She told Jon about her pregnancy, and shockingly, it didn’t scare him off. It’s now two years later, and the show will follow Rachel as she heads to England, with her eight month old baby in tow, to meet Jon in person for the first time. TLC teases that Rachel will also be confronting Jon about his “suspicious past” as the couple will have to decide if they are right for each other.

Which brings us to the most important question – are Rachel and Jon still together today? Well that answer is yes! The couple is still going strong. They are very active on social media, leaving sweet comments for each other, including a comment Jon left under Rachel’s Instagram photo on July 24 stating: “You’re f**king beautiful inside and out, End of.” 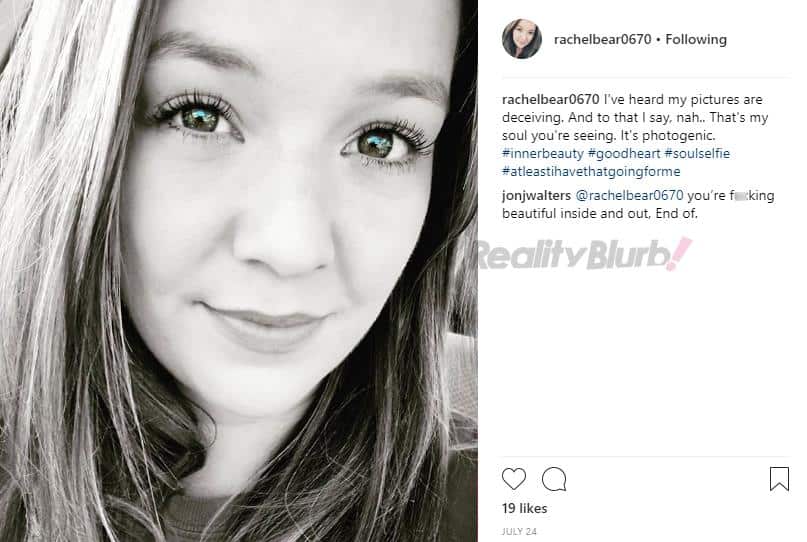 Even more, it also appears Rachel and Jon might be engaged! Rachel posted a photo of gifts that Jon sent to her back in July 2017, and a ring which looks like an engagement ring was included. 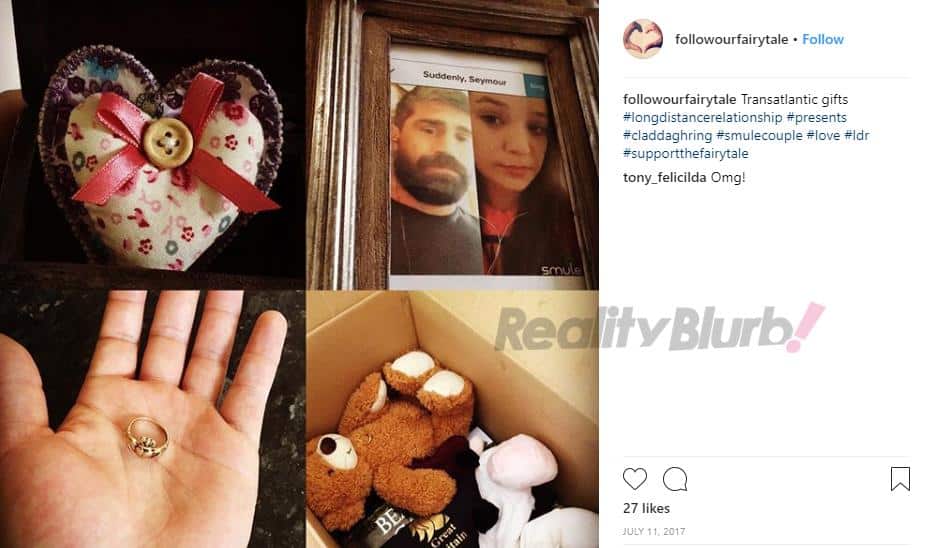 And then two months later, in September 2017, Rachel posted a photo of herself wearing that ring on her ring finger. If this is an engagement ring, it would mean Rachel and Jon got engaged before their first face to face meeting. 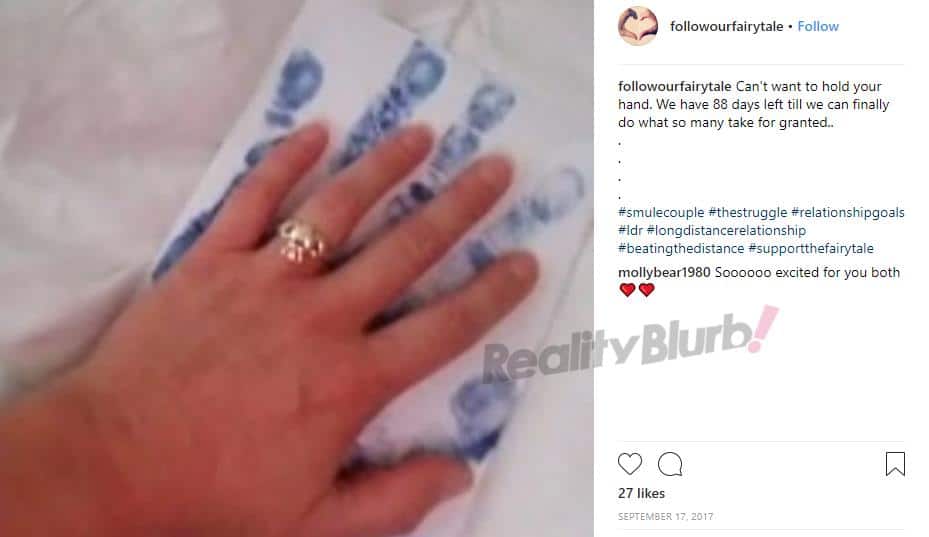 At some point in January of this year, the couple stopped updating their couple pages, and didn’t resume until July when they started promoting their appearance on the 90 Day Fiance spin-off Before the 90 Days.  It’s likely they stopped updating once they agreed to appear on the TLC show. The network typically prefers the couples post less on social media as not to give away any spoilers.

90 Day Fiance: Before the 90 Days premieres tonight on TLC, and feel free to check back here as we will continue to update this post with any new information we find!

TELL US – THOUGHTS ON RACHEL AND JON’S RELATIONSHIP?