Home Real Housewives of Orange County News RHOC Star Vicki Gunvalson’s Friend Cory Defends Her Amid Claims of Harassment by Tamra and Kelly! Plus Emily Simpson Calls Out Vicki For Not Being Honest

RHOC Star Vicki Gunvalson’s Friend Cory Defends Her Amid Claims of Harassment by Tamra and Kelly! Plus Emily Simpson Calls Out Vicki For Not Being Honest 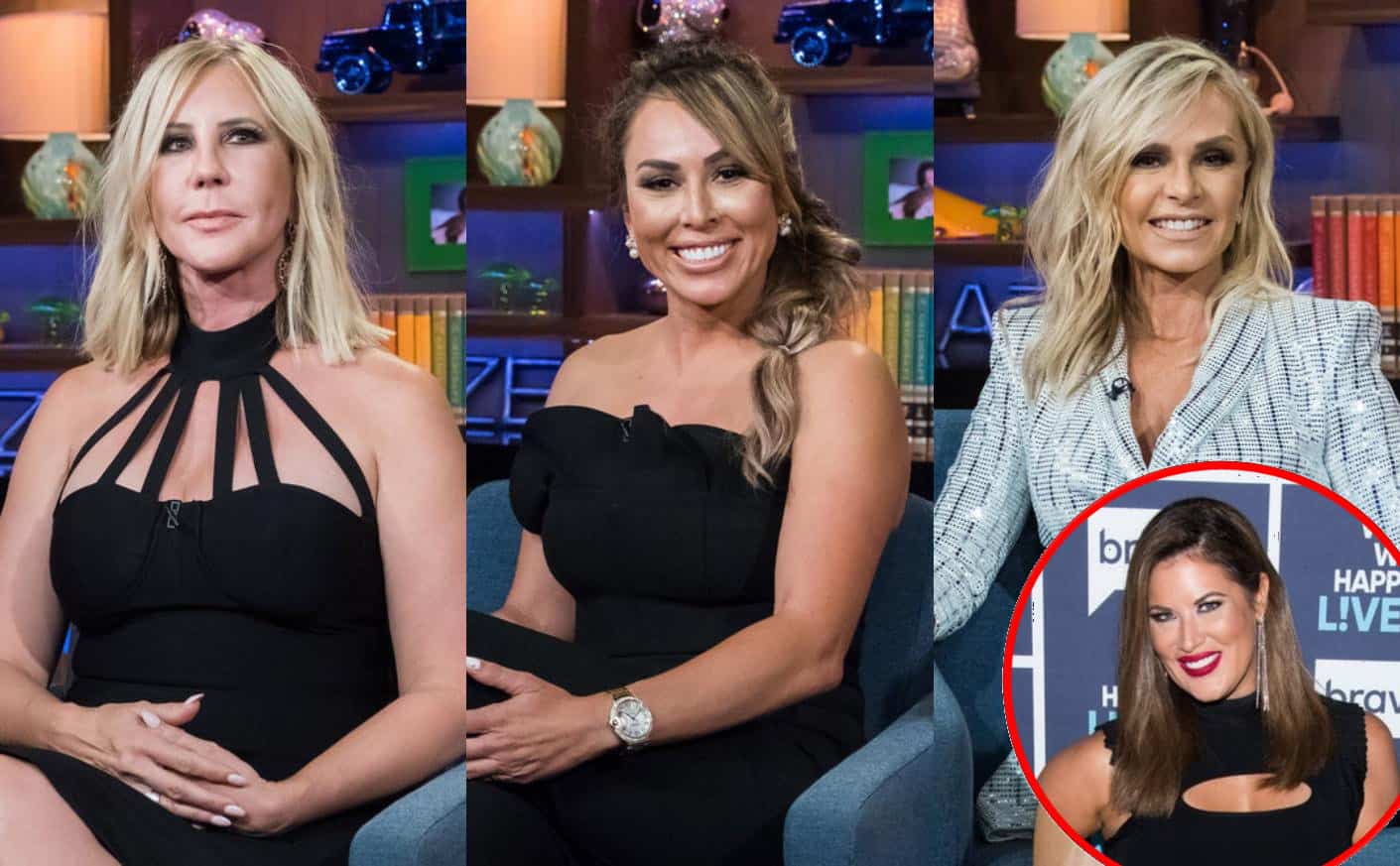 Another day, another Vicki Gunvalson drama! The Real Housewives of Orange County star’s pal, Cory Larrabee, is now speaking out, and defending her, after her castmates Tamra Judge and Kelly Dodd called on her this weekend to stop associating with him. Both women allege that Cory has been harassing them for a while now, with Kelly even voicing her opinion that she suspects Vicki put him up to it.

The drama started after Kelly provided a shady answer to a caller’s question about Vicki’s boyfriend, Steve Lodge, during a July appearance on Watch What Happens Live. Kelly ultimately referred to Steve as Vicki’s “b***h,” referencing his handiwork around Vicki’s house.

In response, Cory took to his social media to accuse Kelly of being an ‘alcoholic,’ and “acting like a messy clown.”

Not surprisingly, Kelly shot back with venom this weekend, calling Cory a “whacko” and a “lunatic,” while also threatening to sue him for defamation of character.

First, Cory stated that he has a right to voice his opinion as a viewer of the RHOC.

He wrote, “Kelly Dodd is a PUBLIC FIGURE on a reality television show. I made an opinion based on what I saw on TV. Let’s play a game… how many scenes will we see a drink in Kelly’s hand this season? If she doesn’t want to see viewers’ opinions THEN DON’T BE A CELEBRITY!!! You guys want the FULL REAL story? Link in my bio. #rhoc #stillprayingforher#kellydodd.”

He then added that Vicki has nothing to do with his comments about her castmates.

“Hey guys! Really quick I want to set something straight. I don’t know why Vicki’s name is being dragged through this.  That really confuses me. She has NOTHING to do with any of this drama. I haven’t spoken other in a while and actually haven’t seen her in about two years so please leave her out of this. Thank you!” Cory wrote.

As for Vicki, she has yet to respond to the claims made by her co-stars.

Of course, much of this drama stems from Vicki’s most recent and most flagrant violation of girl code to date — setting up Kelly’s ex-husband Michael Dodd with her friend, and then going on double dates with them.  And now, RHOC newbie Emily Simpson is speaking out on the drama, noting that Vicki has flip-flopped on her story, on why she failed to tell Kelly about her actions, on more than one occasion.

“By the way, when Vicki and Kelly met up for coffee, it was interesting to watch Vicki’s reasoning for not sharing about the double date change,”  Emily wrote in her Bravo blog. “First she reasoned that she wanted to tell her at dinner, but (Kelly’s daughter) Jolie was present and she didn’t want to involve Jolie.  Kelly then pointed out the number of times they spoke over the phone since, so Vicki next reasoned that she was not comfortable telling her over the phone. Lastly, Vicki stated that Michael (Dodd) and his date had asked that it not be shared with Kelly. Did anyone else catch that?”

Good catch there by Emily, who just happens to be an attorney! Be sure to tune in tonight at 9/8c for the latest episode of the RHOC.