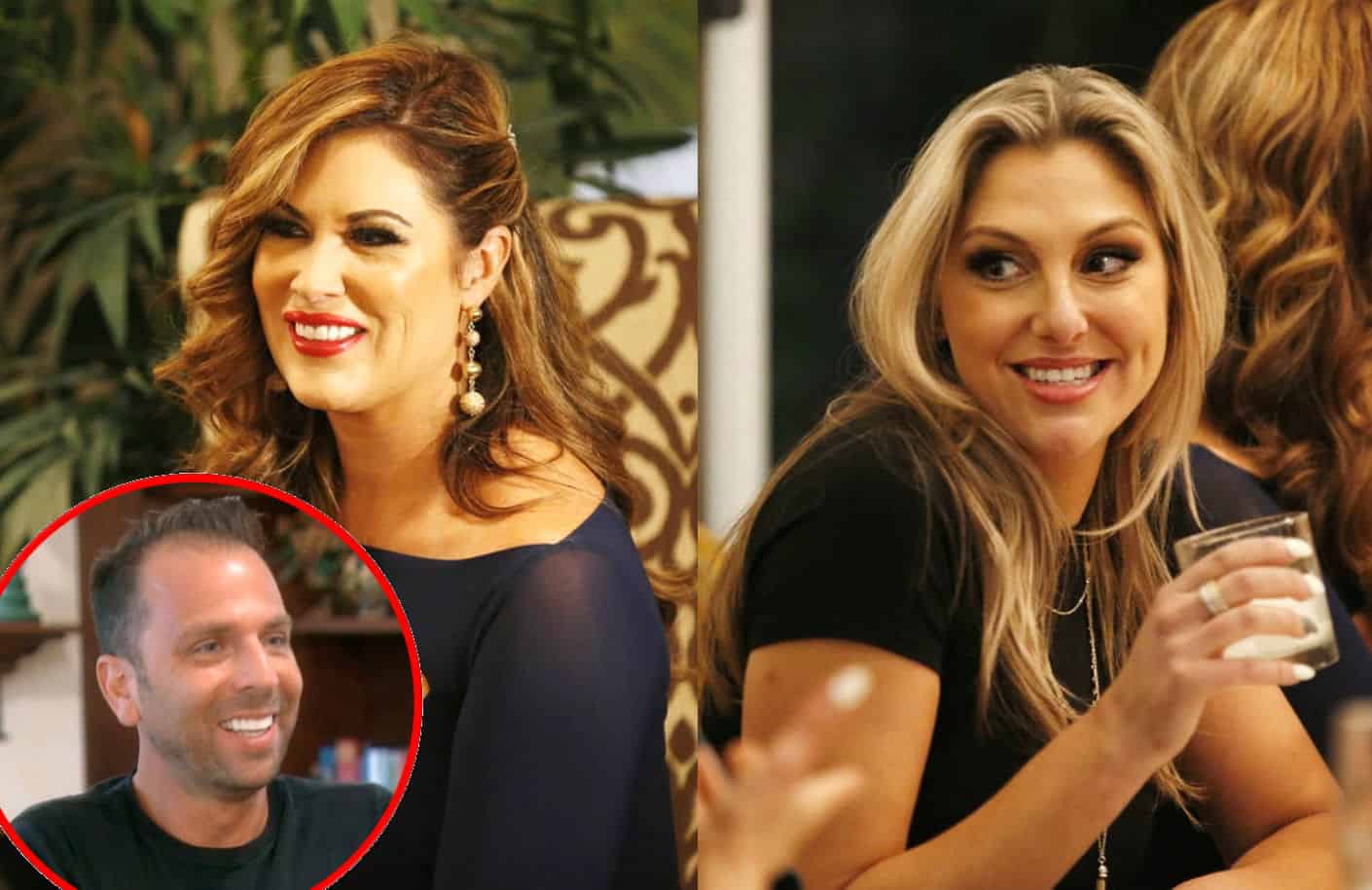 New Real Housewives of Orange County star Emily Simpson spoke out about the drama between her husband, Shane Simpson, and fellow newbie Gina Kirschenheiter following her poker party, and while she was diplomatic, she’s clearly on team Shane.

For starters, Gina and Emily’s versions of events differ slightly. First, Gina gave her side of the story in her latest Bravo blog stating that Shane “came out of no where and started yelling at” all of the women as they were preparing to leave.

“I left at the same time as everyone else. I was the last one to walk out. I was held up at the door saying goodbye to Emily  and her family. They were thanking me, and I was thanking them. It was a great night!! Her husband came out of no where and started yelling at us all. I wasn’t aware there was any situation or struggle upstairs,” revealed Gina.

She continued, “I was polite, drank the whiskey that was served, and did not engage in any fighting. I tried my best to have fun at a party and pacify any drama. I’ve never met Shane. He never came down and said hi to me. Emily never told us there was any issue upstairs. Of course I feel bad the kids were kept awake. I’m LOUD!!! I’m self-aware, LOL, but had I known it was an issue upstairs, it would not have been an issue downstairs (or at least not from me). I was raised with manners. That’s why I attended an adult poker party and had a good time! My bad!!”

But Emily says Gina was actually the last to leave, and therefore the only one subjected to her husband’s ire. She also states that Gina was using a lot of foul language that could be heard upstairs.

“As the party wound down later in the evening, all the ladies had left except for Gina,” Emily explained during her own interview with Bravo. “Props to her, she was the last lady standing! She mentions that she never wants to leave, which is a compliment to me and my party hosting skills! However, as she was about to leave my home, she was positioned right below the loft area, where Shane, my daughter, Annabelle, (5) and my step-daughter, Chanel (12) were sitting waiting for the noise to die down so they could get to bed.  Shane had returned home with the children right before everyone was leaving, as the party ran later than expected.  Gina continued to be loud and boisterous (she was having a great time!) however, and unfortunately she used a lot of foul language (she was joking around and having fun…it was not malicious by any means) and it just echoed straight up to the loft area where my children were.”

That’s some olympic grade fence straddling, not to mention a lot of words to explain something pretty simple. However, in her husband’s defense, she also reveals that Shane had actually asked the ladies to quiet down several times.

“Shane then explained to me later that prior to yelling for her to get out of the house, he had asked three times before for us to be quiet and for her to watch her language because my children had returned home and were upstairs,” Emily recalled. “Unfortunately, due to the commotion of the party, no one heard his requests, and I believe by the time Gina was positioned right under the loft and the F bombs reverberated their way straight up to where the children were, he became understandably frustrated.”

Again with the over explaining. But, Emily said it all came down Shane being “an amazing and very protective father,” whose “parental instincts kicked in hard.”

Emily also says she understood why Gina may have been taken aback by his reaction, and knows she didn’t mean any harm. But she says that from now on, she’ll refrain from having her parties on nights when the children need to adhere to strict bedtime routines.

“I totally understand why Gina may feel insulted by what occurred,” she said. “She had no malicious intent and came to an adult party to have fun and let loose…which she did! I provided alcohol and food and fun, and she partook in it all, as she should! However, at the same time I understand why Shane asked her to keep it down and then fit the need to yell down for her to leave. Lesson learned: No more parties on a school night!”

Sounds like a reasonable compromise, but stop trying so hard to explain yourself, Emily, or you’re going to get eaten alive in the OC…those ladies can smell fear a mile away! You can continue to keep up with Emily, Gina, and the rest of the loud RHOC crew every Monday night at 9/8c!

TELL US – THOUGHTS ON THE POKER GAME NIGHT DRAMA? DID SHANE OVERREACT? OR WAS GINA BEING TOO LOUD?