Shahs of Sunset’s Nema Vand Gives an Update on His Relationship With ‘Girlfriend’ Erica! Are They Still Together? 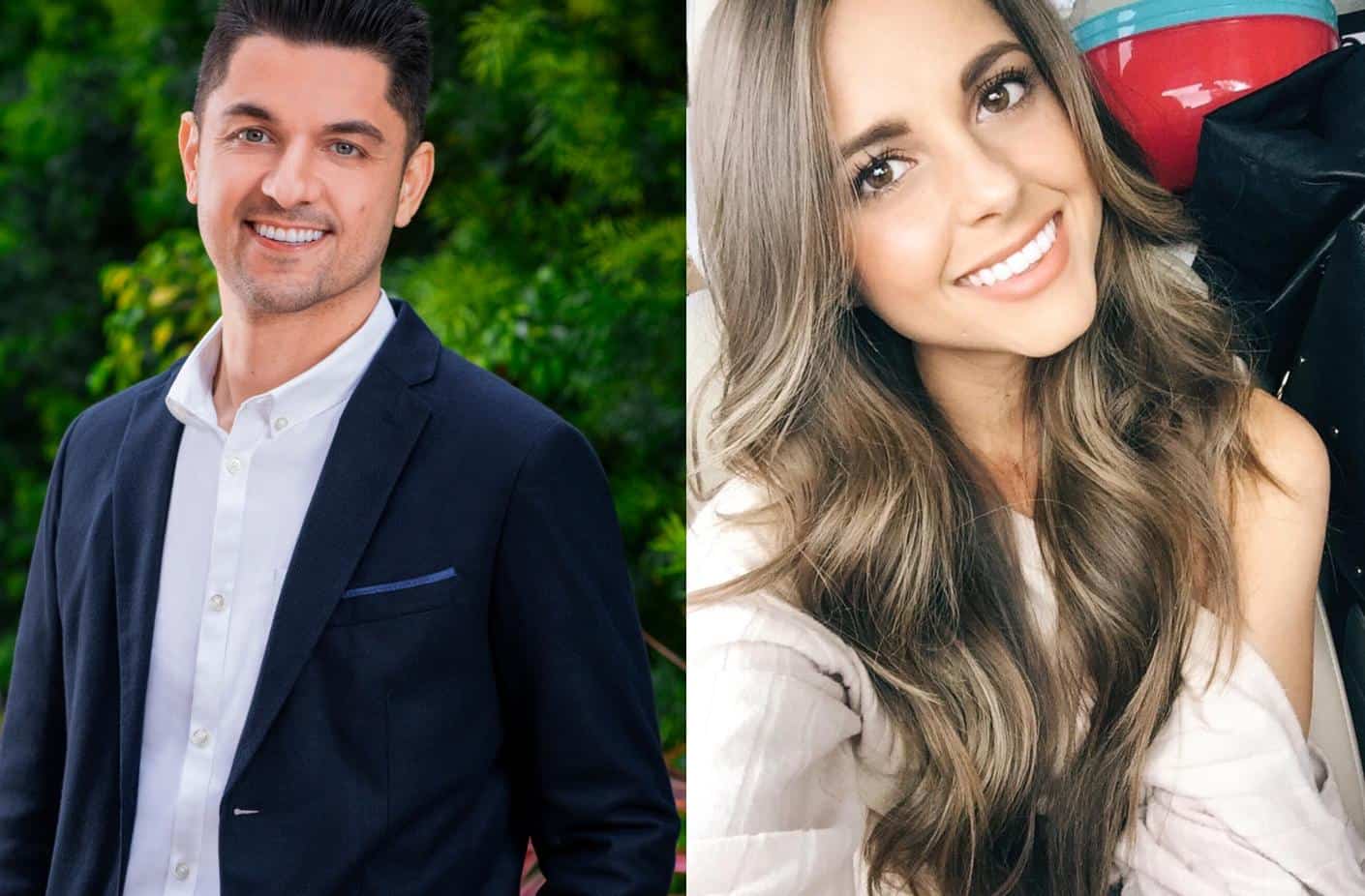 Shahs of Sunset star Nema Vand is sharing an update on where he stands today with his “girlfriend” Erica Saunders.

Shahs’ fans saw Nema break the news to Erica, his live-in-girlfriend, about how he almost kissed his castmate Golnesa GG Gharachedaghi on the latest episode of the show.

Not surprisingly, an “angry” Erica didn’t take the news well and asked that they take “a break” in their relationship. Nema later revealed that he moved out of the home they shared together in order to “give her as much space as she needs.”  So, where does the couple stand today? Are they still together?

Well, Nema gave an update this week making it very clear that not only are they broken up, but they are also no longer even friends.

On Thursday, he took to his Instagram page to share a preview clip of his scene with Erica with the caption: “Sneak peak from tonight’s #Shahs episode. I’d tag Erica but she blocked me for life ????. You’ll know why after tonight. ”

Indeed, a look at Erica’s Instagram page shows no mention of Nema, and she no longer follows him as well.

It’s unknown when that scene was filmed, but it appears Erica wants absolutely nothing to do with Nema anymore, as she won’t even discuss his actions or the show.

Nema’s co-stars GG and Destiney Rose did however respond to his post.

GG wrote, “You’re lucky she’s so amazing. Anyone else would’ve laid hands on your skinny a*s lol!!! This episode was painful to watch.” 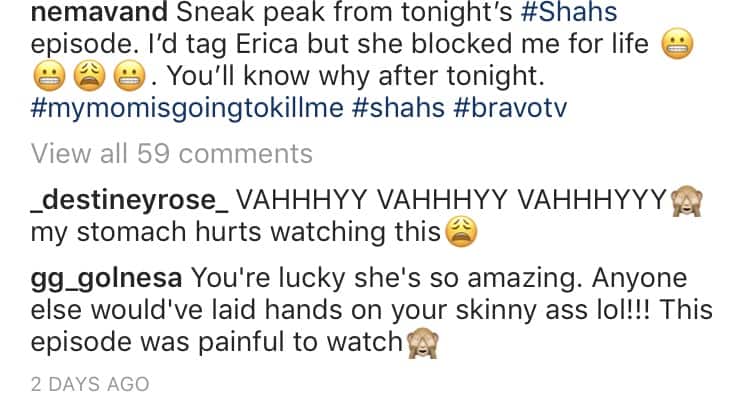 Shahs of Sunset airs Thursday nights on Bravo at 9/8c.

TELL US – THOUGHTS ON NEMA SO FAR AND HOW HIS ACTIONS TOWARDS ERICA?