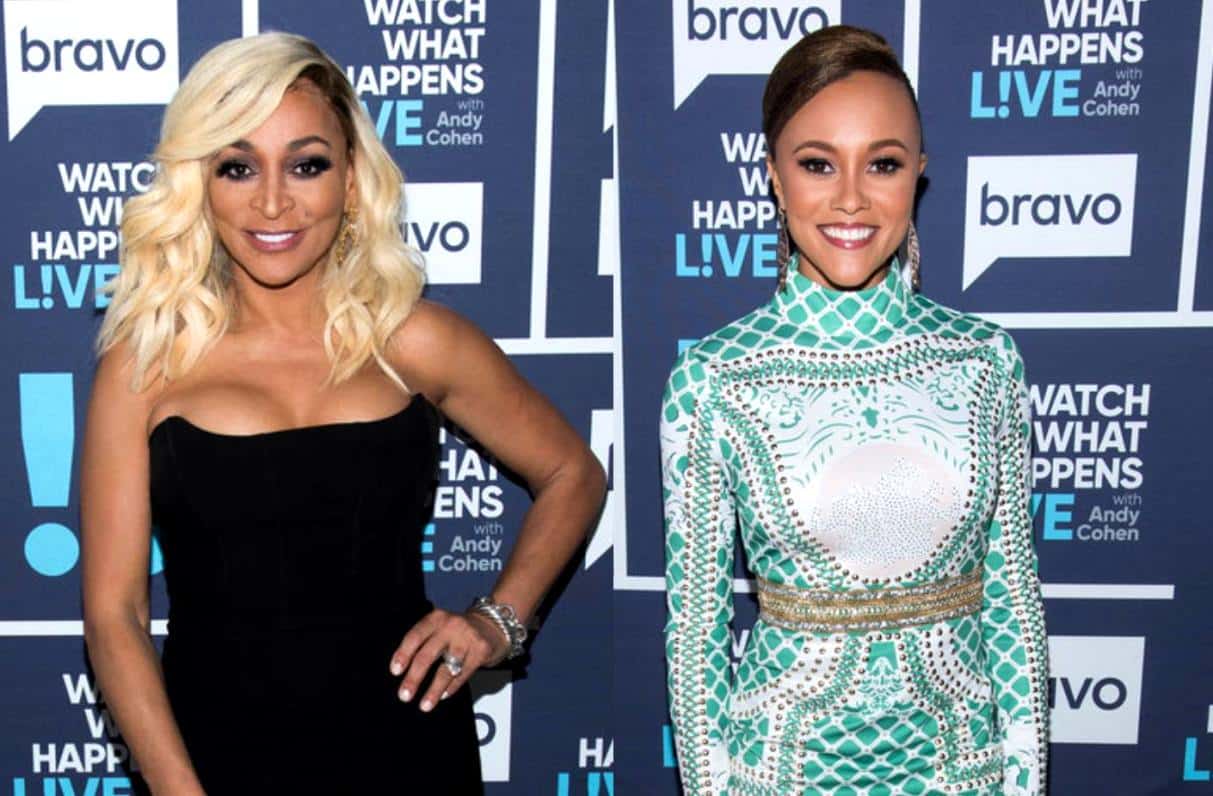 The Real Housewives of Potomac star Karen Huger is revealing why she slapped her castmate Ashley Darby with a cease and desist order!

In an explosive clip from tonight’s conclusion of the RHOP reunion, series stars Karen and Ashley discuss the rumors Ashley’s been spreading about the true nature of  Karen’s relationship with her “driver” aka Blue Eyes.

And Karen is quick to let Ashley know that she is NOT playing around!  In fact, she says if Ashley doesn’t knock it off, she’ll see her in court!

“So first of all, Karen has sent me a cease and desist order, asking me not to talk about something that I know to be true, coming from a very reliable source,” Ashley explains in the clip below.

The source apparently is Ashley’s stepson, and of course, Karen denies that he’s ‘reliable,’ but Ashley persists, saying that he’s not the only one who’s seen them together.

“That night at Oz, Monique and Chris were there, and prior to anything happening–any falling out between any of us–Monique saw it too,” Ashley recalls.

But Monique has Karen’s back, and although she admits to seeing them together on the night in question, she insists nothing untoward was taking place.

“Yeah I saw him at the bar and Karen was there,” Monique states. “Karen got up and was talking to Michael and Chris, and I sat there and talked to him the whole time.”

But that wasn’t enough for Ashley (nothing ever is!) as she wanted to know why “Blue Eyes” was at the bar to begin with, pointing out that most of the drivers she knows wait dutifully outside for their passengers to finish their evening.

Ashley then points out that in order for the  lawsuit to be successful, Karen would have to prove that the things she’s been saying aren’t true. And if they’re not true, why does Karen suddenly get so defensive any time someone mentions his name?!

Well, Karen explains that the cease and desist order stems from comments Ashley made during a recent appearance on Watch What Happens Live.  During the show, Andy asked Ashley to describe exactly what her stepson claimed he saw Karen and Blue Eyes doing, and Karen’s right—it’s pretty scandalous!

“This couple like, embracing, and he sees the woman’s face in the man’s chest, right? And the guy reaches over and grabs the woman’s butt like that, takes like two big handfuls,” Ashley shared at the time.

Since the RHOP husbands were present, Andy Cohen asks the million dollar question: How does Ray feel about what the streets have been saying about his wife?! His answer was, well…not really an answer at all.

“I have Blue Eyes’ phone number in my phone. I’ve have had it there for 15 years,” Ray explains, as Karen, feeling vindicated, applauds her husband for defending her honor.

I don’t know about you, but I can’t wait for tonight! Tune in at 8/7c to see what other drama the ladies dish out!