Home Don't Be Tardy PHOTOS: Kim Zolciak Shows Off New(er) Face and Shares Makeup Free Selfies! Did Her Lips Get Even Bigger?!

PHOTOS: Kim Zolciak Shows Off New(er) Face and Shares Makeup Free Selfies! Did Her Lips Get Even Bigger?! 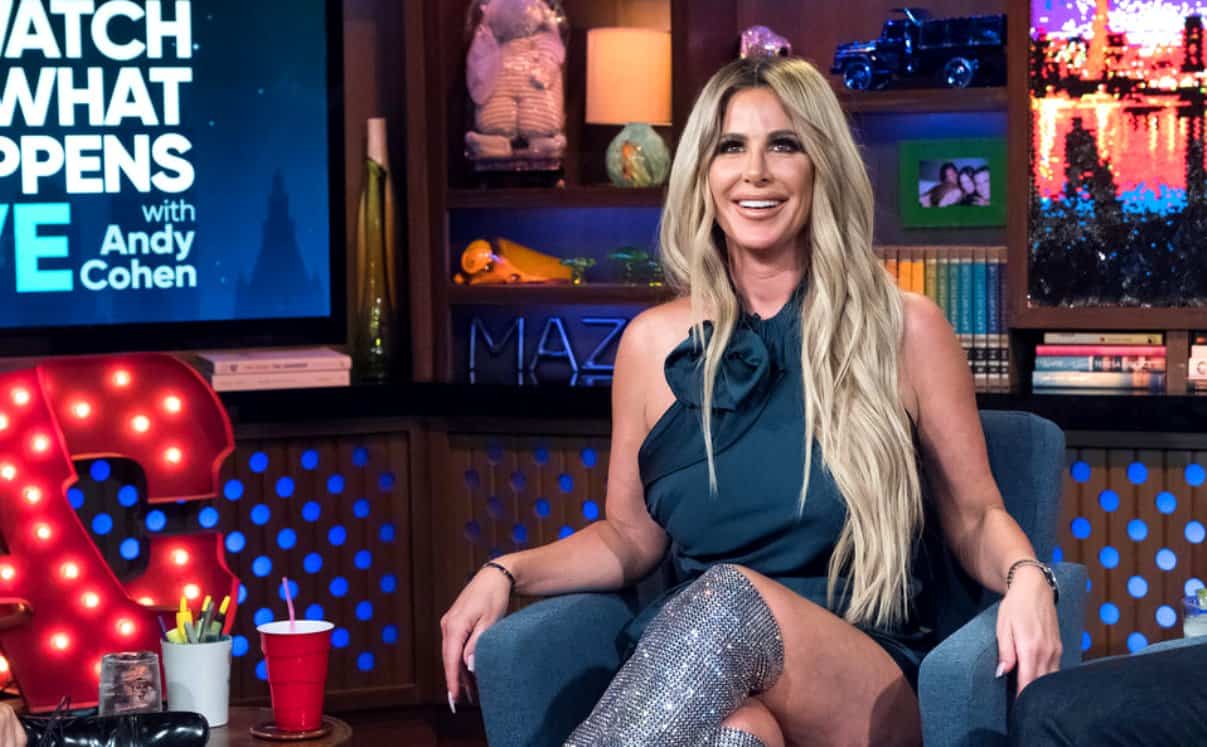 Did Kim Zolciak get more plastic surgery? The former Real Housewives of Atlanta cast member appears to be showing off a new(er) face in some new photos she shared!

The Don’t Be Tardy star took to her Instagram page yesterday to share a photo of herself during a visit to her dermatologist. Her face looked quite different, appearing fuller and puffier suggesting the 40-yr-old might have gotten more fillers!

Kim however states she looks different due to being in the gym earlier that day! She works out? Doesn’t she just get plastic surgery to stay in shape? Ah, I digress!

When one fan wrote to Kim, “Wow, you look so different in this photo,” she responded: “I agree. I just left the gym, put some lipstick on and took my hair down.”

And earlier this week, the mother of six took to her Snapchat to share some new makeup free selfies! 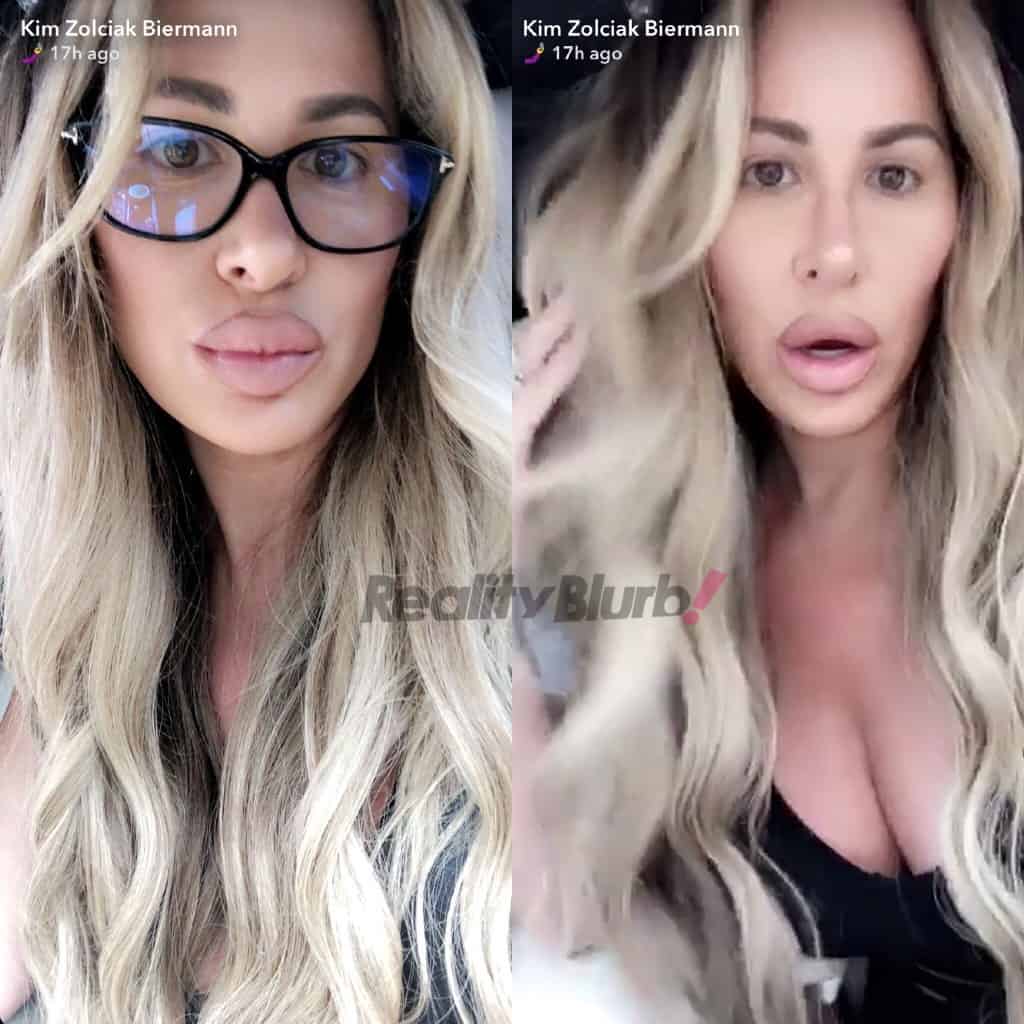 Kim Zolciak shares new pictures of herself with no makeup on!

Kim’s enhanced lips appeared to look even bigger since the last time she got called out by her fans for going too far with the lip injections. Following that criticism, Kim clapped back, telling her fans that she ‘loves’ the way her lips look for now! 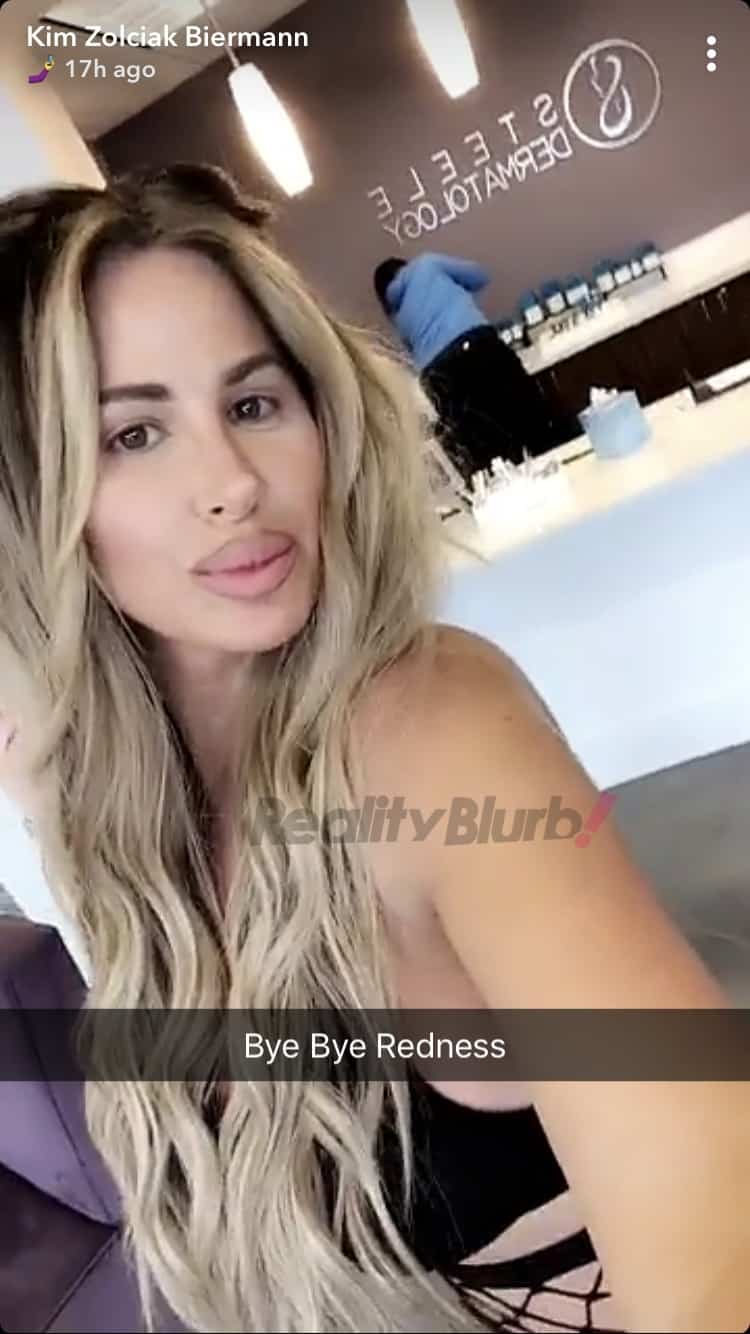 As for why she visited her dermatologist, she revealed it was to get some laser treatment to deal with her “redness and flushing,” adding that she gets “flaming red splotches all over” her “face, chest and neck.”