Home Don't Be Tardy PHOTOS: Kim Zolciak Slammed by Fans For OD’ing On Her Lip Injections! She Claps Back by Saying She ‘Loves’ It

PHOTOS: Kim Zolciak Slammed by Fans For OD’ing On Her Lip Injections! She Claps Back by Saying She ‘Loves’ It 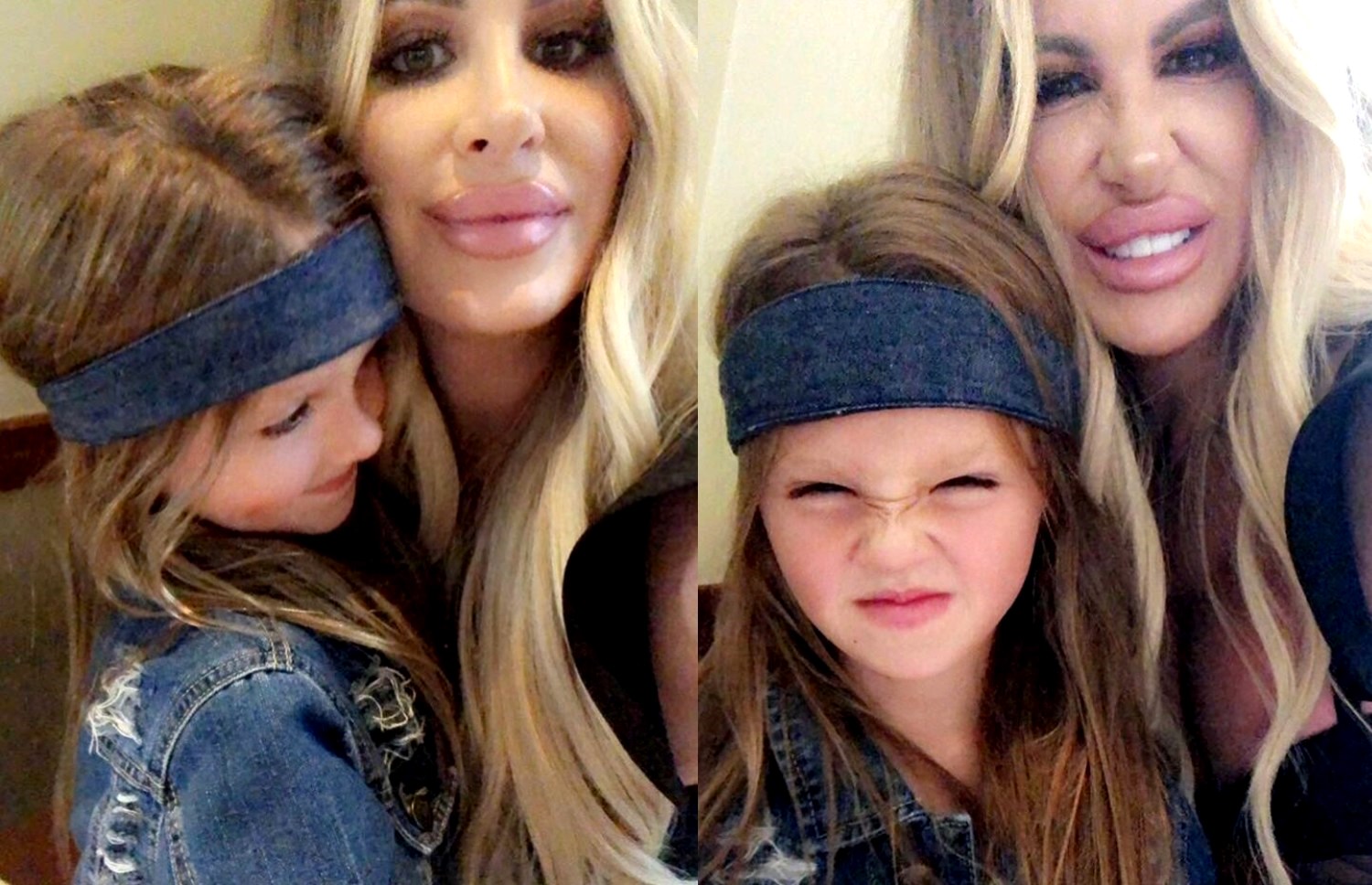 The Don’t Be Tardy star took to her Instagram page to share a series of selfies with her adorable 4-yr-old daughter Kaia. But right away, all her fans and followers could focus on was how freakishly large her lips have gotten, which led to some negative comments.

“Wtf is going on with ur top lip,” wrote one fan. Another follower chimed in, “Her top lip is touching her nose with like no force.”

“Relax on the lip fillers,” added another person. “Too bad mom Mom looks like such a FREAK,” a different fan stated.

“I am not hating…but damn!! Slow down on the Botox and lip injections!! You’re a beautiful woman, you don’t need all that,” stated one fan.

However, judging from the response of the 40-yr-old mother of six, it doesn’t appear she plans to slow down on the cosmetic fixes anytime soon!

After one kind fan told Kim, “Beautiful…but Kim your such a gorgeous woman, you don’t need the lip fillers!!” Kim responded, “I love them for now.”

At this point, one has to wonder if she’s doing this intentionally in an attempt to make headlines! Because surely, she doesn’t think this looks good right?! But then again, who knows!

Recently, Kim’s underage daughter, 16-yr-old Ariana Biermann, was also been accused of getting lip injections, something both Ariana and Kim have vehemently denied.

Kim also made headlines recently after she revealed she had her 4-yr-old son Kane take sexy bikini photos of her.

Mother of the year this one!