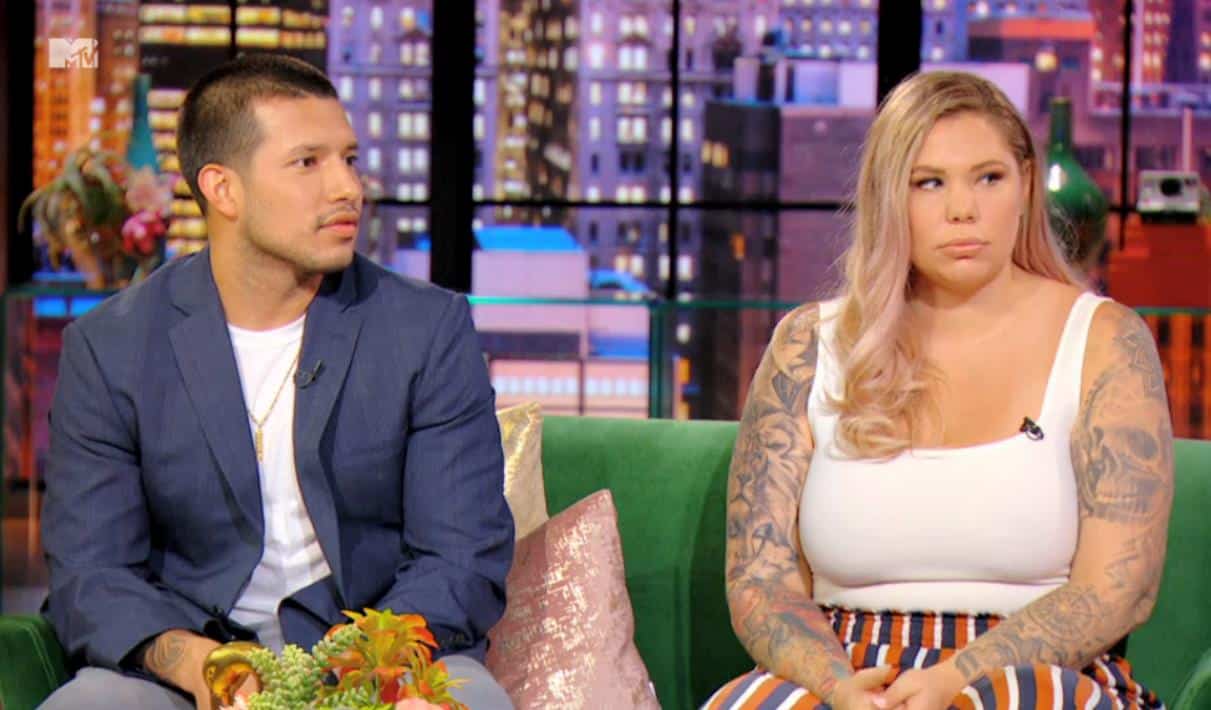 Earlier today, Javi blasted his ex-wife in a series of tweets, over her new book, A Letter of Love, asking her to “stop lying,” while also threatening to get his attorneys involved if she doesn’t stop speaking negatively about him.

The Twitter drama began after Javi was made aware of an online article revealing that Kailyn writes in her new book that she knew her marriage to Javi was doomed from the start.

In addition to her book, Kailyn also dissed Javi earlier this month by accusing him of dating her for fame. And just last month, Kailyn revealed she ignored “red flags” when she decided to date Javi, adding that she was “desperate.”

Well, it appears Javi has had it with his ex as he fired back during a Twitter rant today, while also seemingly threatening to sue her.

“I’m really getting sick and tired of reading this sh**. Forreal,” Javi tweeted. “The only reason she says this is to seek validation from her new relationship and convince herself its ok. I’m getting fed up with this. I didn’t sign anything to use my name. Maybe I should get my attorney too.”

When he mentions Kailyn’s “new relationship,” he appears to be referencing Chris Lopez, the father of Kailyn’s third son Lux. As we previously reported, all signs point to Kailyn and Chris currently being back together.

Javi then went on to accuse Kailyn of using him to try to sell books.

He wrote, “For someone who claims and tells me to get out of her “story” she sure does continue to write about and talk about me all the time. Podcasts..books.”

He later called on her to stop trying to convince herself that her past actions were okay. He seemed to be referencing the rumors that Kailyn cheated on him during their short marriage.

“Who tf would write that in a book dedicated to your children,” tweeted Javi. “Regardless of how our marriage ended stop lying and trying to convince yourself what you did was ok. Forreal I really don’t wanna come on here and spill tea because we’re past that forreal.”

Who tf would write that in a book dedicated to your children. Regardless of how our marriage ended stop lying and trying to convince yourself what you did was ok. Forreal I really don’t wanna come on here and spill tea because we’re past that forreal.

Javi ended his Twitter outburst by once again mentioning possible legal action unless Kailyn removes him from her book, citing that he doesn’t want their 4-yr-old son, Lincoln, to read it someday.

“He’s already behind the curve cause his parents didn’t work out then to read it? Nah I will make sure anything about me is out of that book,” he tweeted.

Kailyn has yet to respond to Javi’s tweets.