Home Real Housewives of Orange County News Former RHOC Star Lizzie Rovsek Opens Up About ‘Sad’ Divorce, Plus Did Tamra Judge Try to Get Her Kicked off the Show? She Also Reveals Which Cast Members She Still Speaks to

Former RHOC Star Lizzie Rovsek Opens Up About ‘Sad’ Divorce, Plus Did Tamra Judge Try to Get Her Kicked off the Show? She Also Reveals Which Cast Members She Still Speaks to 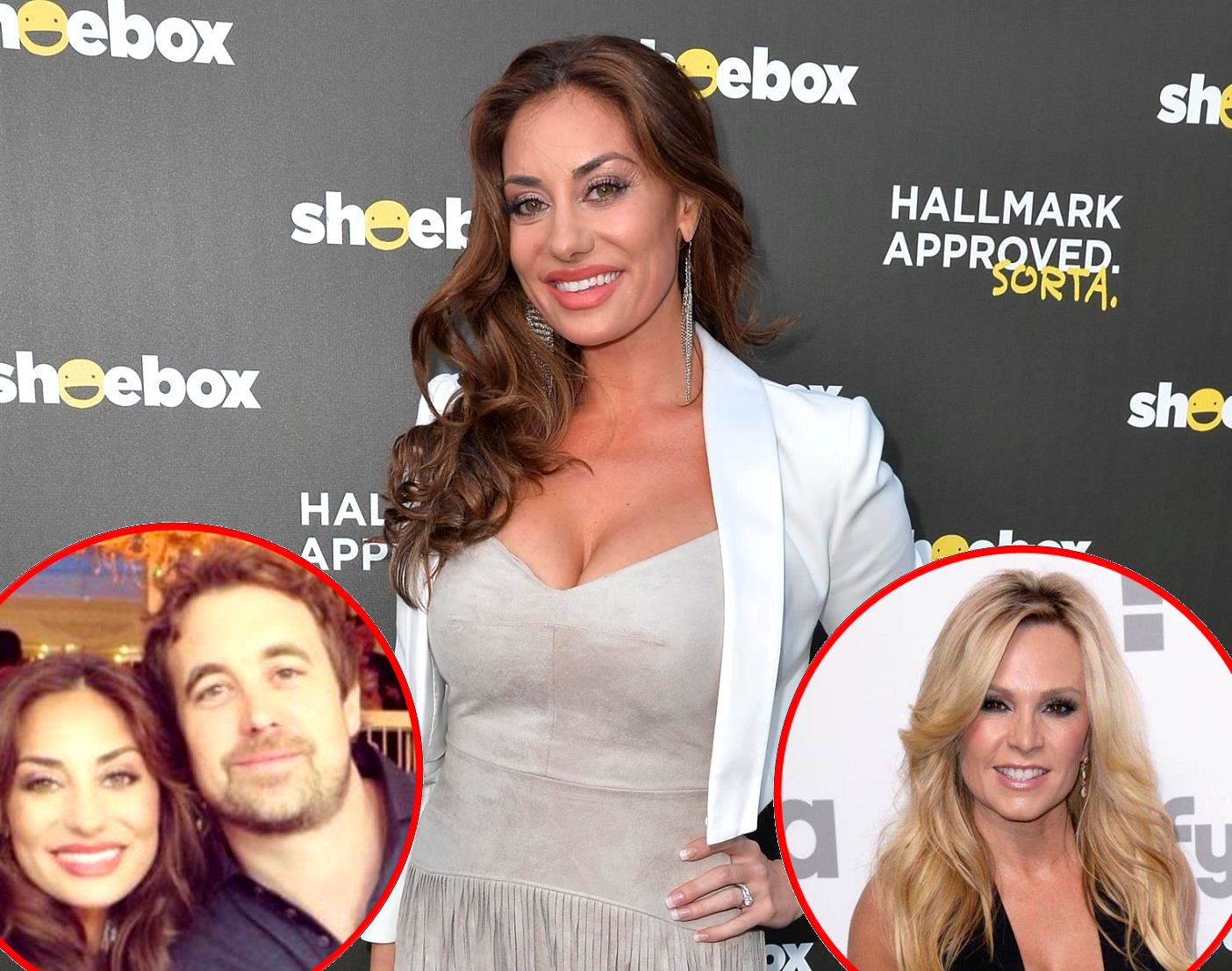 Former Real Housewives of Orange County star Lizzie Rovsek may go down as one of the least controversial cast members the series has ever seen, but she continues to keep up with the show, and has plenty of thoughts on season 13!

In a new interview with the Tony’s Tea Corner podcast, Lizzie reveals which of the current RHOC stars she still keeps in touch with, opens up about her ongoing divorce, and also shares her biggest regret from her time on the show. Additionally, did Tamra Judge try to get her kicked off the show?

Lizzie, 38, first revealed which of her former castmates she still speaks to.

“I love Vicki [Gunvalson] and I love Kelly [Dodd],” she revealed. “Vicki went through a really rough couple of years, but she’s been a good friend to me. The turning point I had with Vicki was when I was in the dressing room for the reunion, and she popped her head in and said ‘Come on girls, let’s go out there and tell the truth.’”

Lizzie then stated she was iced out by an “older housewife” during season 10, and that she was actually hired full-time, despite her perceived “friend of” status during her final season on the show.

“I was actually hired full-time.  I was not hired as a friend,” Lizzie explained.  “We filmed a lot of stuff, it was an amazing year for me.  I don’t really know exactly what happened.  A showrunner came up to me a few times and said ‘I’m just gonna be honest with you.  There’s an older housewife on the show that says you do not want to be here.’ I said ‘who said that?’ and he didn’t tell me who it was.”

She doesn’t have any concrete proof about the identity of the “older” woman, but she didn’t exactly deny it when asked if it was Tamra, 51.

“I don’t have time to hold grudges or have hate,” she replied cryptically.

She was a little less diplomatic when asked about her biggest regret during her time on the show — a moment that had Tamra written all over it.

“The only thing I regret is letting Tamra talk about my kids on the reunion,” she recalled.  “I should have stood up for myself there.”

Of course, being the new girl in the OC isn’t easy, and staring down the veterans can be a bit daunting. It’s for that reason that Lizzie says she empathizes with the plight of this season’s newbie, Emily Simpson.

“With Emily, it’s like watching what happened to me all over again. I’m like I don’t envy where you are but I’m here for you.  I love Emily.  She’s a great girl,” she explained. “She’s holding her own-I feel like they’re all kind of against her right now, and I know how that feels.  To everyone watching right now – she’s going to be just fine.”

As for her life post RHOC, Lizzie got choked up and said she’s been through some “sad times” over the last year or two, referring to her divorce from husband Christian Rovsek. Lizzie first filed for divorce last November, but then reconciled with Christian shortly after. However, she ended up serving him divorce papers last month.

“I’ve been through a lot. I know I’ve been really quiet about my personal life – the past year or two has been hard. I’ve been through some sad times, but right now it’s on the upswing and I see the light. I’ve dealt with a lot of things,” said an emotional Lizzie as she started to cry. “You’re getting me choked up!”

“I don’t wear a gold wedding ring.  My wedding band is diamonds all the way around.  So, if you see a gold band (on my finger), that’s not my wedding ring,” she stated.

Lizzie however added that things are looking up these days, and she’s even got a new labor of love in the works — a book she’s writing with the help of an “incredible life coach.”

“It will have a lot to do with the balancing act for moms, God, and how to deal with a lot of the tough stuff,” she teased.

It was a great podcast interview overall. Here’s to hoping Lizzie’s life coach advises her to get out of dodge before Tamra hears about that “older housewife” comment!