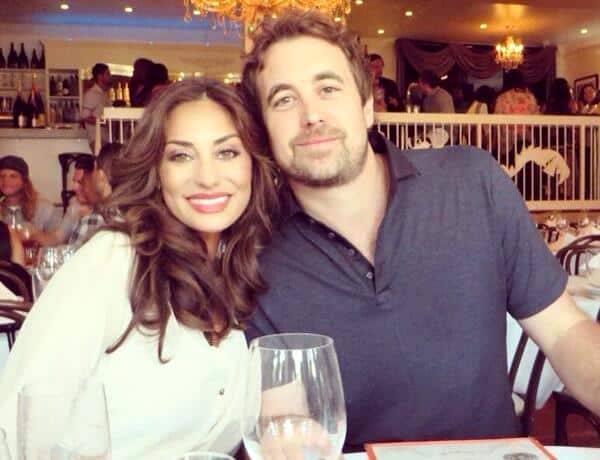 The Real Housewives of Orange County divorces keep piling up with the latest being a divorce filing by former O.C. housewife Lizzie Rovsek.

Lizzie, who appeared on the 9th season of the RHOC in 2014, has filed for divorce from her husband of 8 years Christian Rovsek.

According to court documents obtained by Radar Online, the 37-yr-old former Bravolebrity filed divorce papers on October 19, while Christian has yet to respond to the filing.

Radar adds that the couple officially separated in July, and Lizzie is requesting joint legal and physical custody of their two young two sons — Preston, 7, and Kingston, 5.

It also appears it will be a peaceful divorce as instead of asking for spousal and child support, Lizzie states “I anticipate all issues will be resolved through the mediation divorce process. If it is unsuccessful, I will seek leave to amend this petition to seek further relief.”

In the meantime, Lizzie’s social media page is mostly filled with photos of herself with her two sons as she has posted anything about Christian is months.  She also posted a message hours ago thanking the public for their support.

This is the third O.C. divorce in just span of a few months. Kelly Dodd filed for divorce back in September, and Shannon Beador announced her split from her husband in October.

Must say as someone who watched Lizzie’s season on the show, this news isn’t exactly shocking as there were some major cracks in the couple’s marriage back then.

TELL US – ARE YOU SURPRISED AT LIZZIE’S DIVORCE? WOULD YOU LIKE TO SEE HER BACK ON THE RHOC?