RHOC’s Vicki Gunvalson Claps Back at Ramona Singer for Claiming RHONY Started Housewives Franchise, Reveals Where She Stands with Kelly 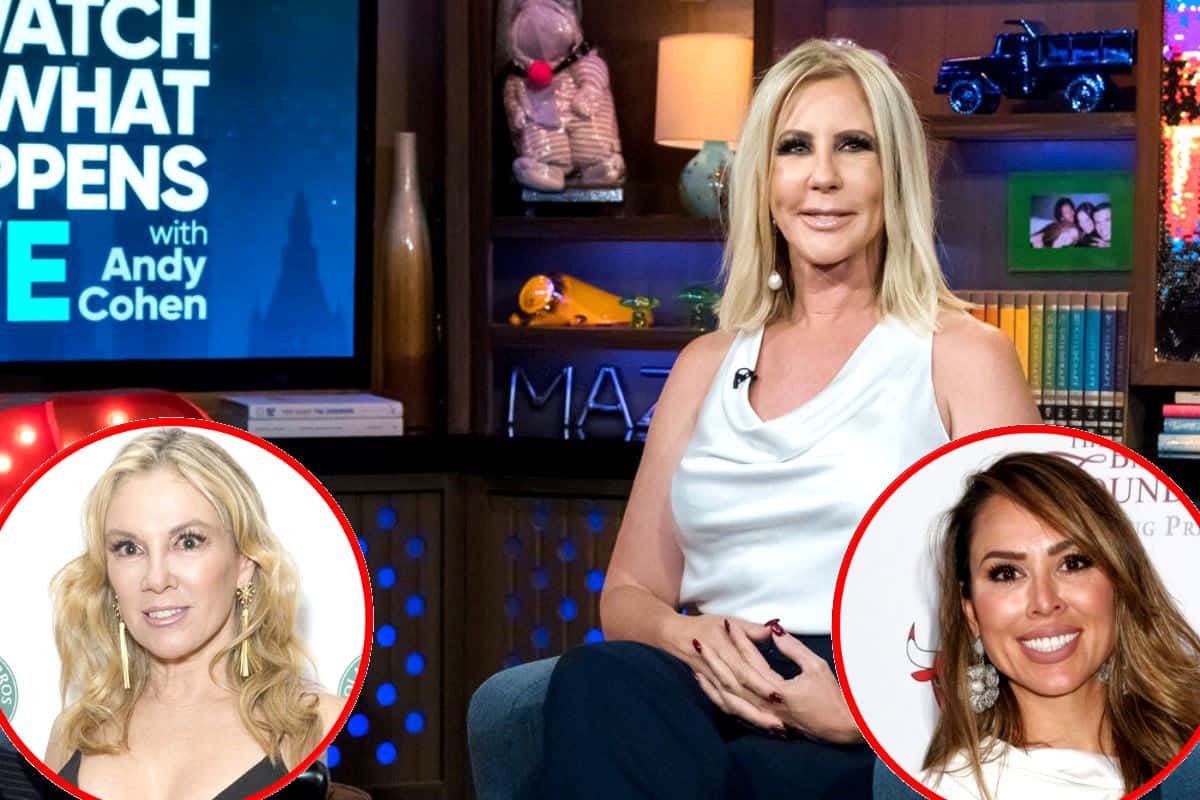 Vicki Gunvalson doesn’t agree with Ramona Singer‘s statements regarding her show, Real Housewives of New York City, putting the franchise on the map.

During an appearance on Monday night’s episode of Watch What Happens Live, the Real Housewives of Orange County cast member, who just so happens to be the longest-running Housewife of all-time, fired back at Ramona’s claims.

During last Monday night’s episode of Watch What Happens Live, Kelly Dodd revealed that prior to her appearance, Ramona had insisted to her that Real Housewives of New York City started the franchise.

“I said, ‘Orange County started the whole franchise,'” Kelly explained. “And she said, ‘No, it didn’t. New York did.’ She was adamant about it! She said we were going under and that she started it on the map and that everyone else sucked.”

After hearing about Ramona’s claim, Andy called Ramona live on the show to get more information about her comments.

“No, I said we put Bravo on the map,” she explained. “No one knew about Orange County. New York City put everything on the map. In fact, you know who told me that? It was our second season, and his name was Bond. Like James Bond. He said, ‘Thank you for the Housewives show.’ We put Bravo on the map! Housewives of New York City, okay? That’s what he told me! He was like the head person. Somebody Bond. Like James Bond.”

Also during her appearance on Monday night, Vicki revealed where she and Kelly stand after filming what was reportedly a very dramatic season 13 reunion.

“We were fine. We went to dinner [after the reunion],” she explained.

It however appears there is still tension between the co-stars as Vicky referred to Kelly as “rude” due to a comment Kelly made during her appearance on WWHL last week.

See, Andy asked Kelly who would be her first patient if she were a shrink. “I would say Vicki Gunvalson needs to go see a shrink. She has a personality/sociopath that doesn’t have any empathy for people,” Kelly answered.

And after seeing the clip of Kelly last night, Vicky didn’t appreciate it one bit, stating: “I didn’t hear that, wow I’m shocked. Actually, I’m shocked. All I have is empathy for people. She knows me. That was just rude.”

As fans well know, Vicki and Kelly suffered a falling out after Vicki went out with Kelly’s husband Michael and his new girlfriend.