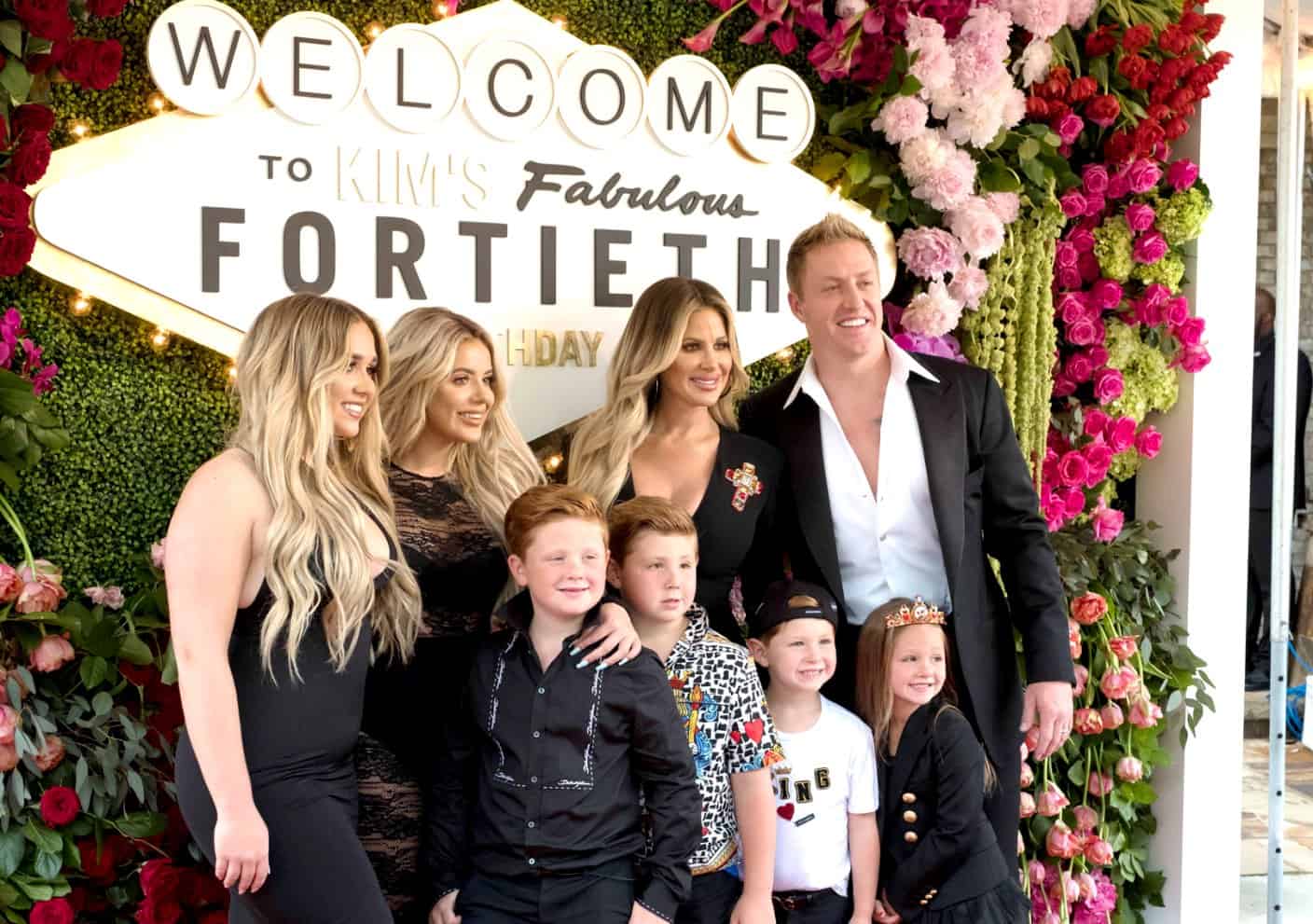 The big Don’t Be Tardy Season 7 trailer is now out!

In the dramatic trailer, which was just released by Bravo, Kim Zolciak and her family are back and busier than ever.

For starters, the widely reported robbery of Kim’s daughter Brielle Biermann was apparently caught on camera and teased in the video clip below. Also, viewers will get to see Kim, 40, reconcile with her estranged brother on the upcoming season when the show returns to Bravo on February 17.

During the robbery, thieves broke into Brielle’s car around 2 a.m. in the morning and got away with a Chanel purse (valued at $2,900) and Chanel wallet (valued at $1,000). That isn’t all they took either. They actually took three of her credit cards as well and charged $4,700 on them.

Brielle’s surprising split from her ex-boyfriend Michael Kopech will also play out on the series, while viewers will get to watch Ariana Biermann‘s relationship with her now ex-boyfriend Collin Lipman. It’s however unknown if Ariana and Collin’s break up was captured during filming.

As for Kim’s husband, Kroy Biermann, he was seen blowing a fuse in the trailer as he confronted Brielle over her spending habits, telling her: “You’re just dumping money down the drain!”

Additionally, viewers will watch as Kim returns to the studio to try to resurrect her singing career.

The press release is below –

“On the heels of turning 40, Kim feels like her kids are growing way too fast and wishes time would slow down. As the youngest Biermann’s – Kaia, Kane, Kash, and KJ – have all grown strong personalities, Kim’s trying to navigate a quickly changing dynamic at home. Brielle is turning 21 and has decided to finally move out of her parents’ house after recently going through a breakup, while Ariana has her first boyfriend and is starting to come into her own. Meanwhile, Kroy is in full-time dad mode and exploring new opportunities as Kim decides to get back into the studio to record a new song and go into the coffee business with help from Chef Tracey. However, Kroy thinks that Kim might have too much on her plate. Will this be a total fail or be their best endeavor yet?”