Home Don't Be Tardy EXCLUSIVE: Was Cheating to Blame for Brielle Biermann’s Break Up With Ex-Boyfriend Michael Kopech?

EXCLUSIVE: Was Cheating to Blame for Brielle Biermann’s Break Up With Ex-Boyfriend Michael Kopech? 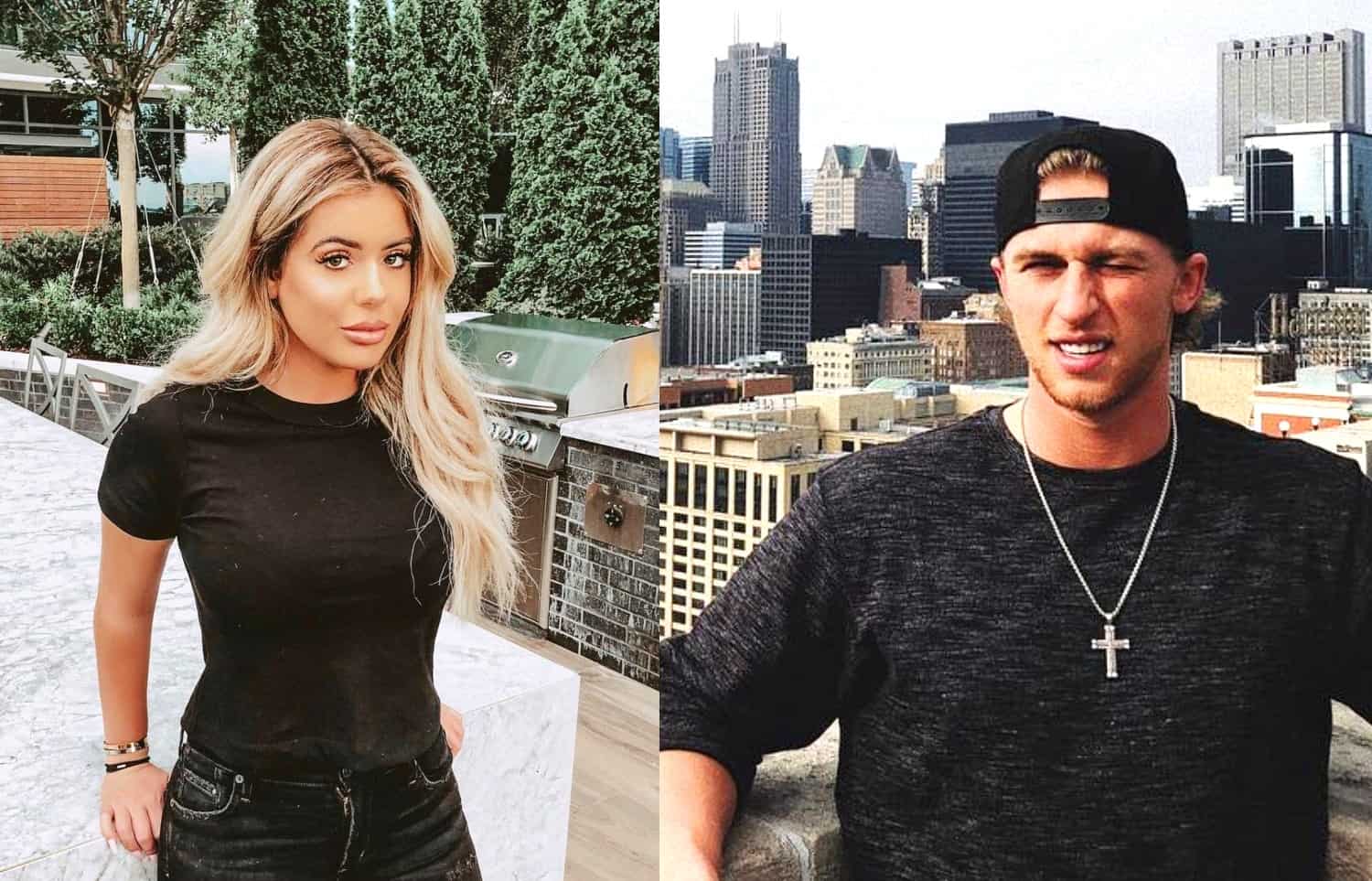 A day after we reported that Brielle Biermann‘s ex-boyfriend Michael Kopech was dating actress Vanessa Morgan, new details are now coming out about Brielle’s split from Michael.

If you recall, the Don’t Be Tardy star and her MLB player beau ended their relationship in March of this year, and now someone close to Brielle is revealing that cheating played a role in their breakup.

After we shared our story about Michael and his new girlfriend Vanessa on our Instagram page yesterday, Brielle’s best friend, Elizabeth Arthur, came into the comments section to defend Brielle against comments stating Vanessa was a better match for Michael because she has a career unlike Brielle, who is the daughter of Bravo star Kim Zolciak.

Elizabeth made it clear that Michael isn’t the wholesome guy he comes off as, saying he cheated on Brielle numerous times during their 2-year relationship.

“Brielle is an amazing person,” Elizabeth wrote. “Y’all don’t know s**t about their relationship or them personally. Michael cheated on Brielle multiple times just like he had done in the past to a previous girlfriend.”

She continued, “Really sad negative disgusting people like some of you feel the need to hide behind your phones and leave hateful comments. Get a f**king life. Only upgrade that happened here is Brielle’s amazing life once that piece of s**t left it.” 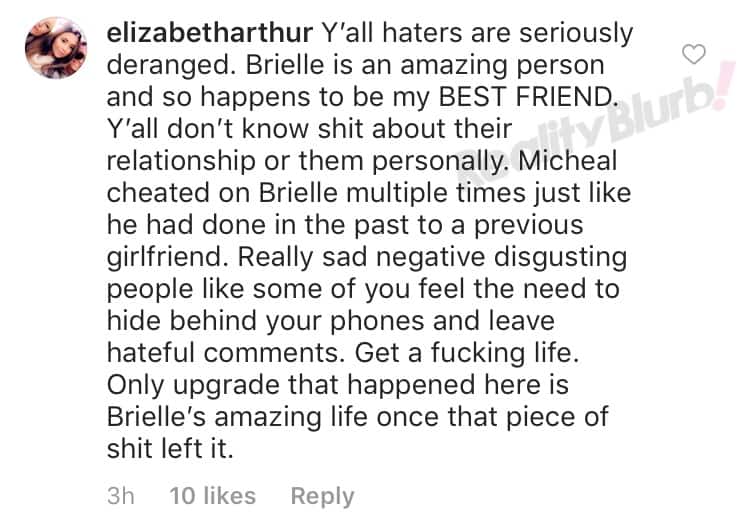 And yes, Elizabeth is definitely Brielle’s BFF as they constantly hang out together and appear repeatedly on each other’s social media pages. You can see photos of the two of them below.

In a later post, she added that Michael was also rude to her and all of Brielle’s other friends.

When the split first occurred in March, sources close the couple blamed it on long distance, as Brielle, 21, resides in Atlanta, while Michael, 22, plays professional baseball for the Chicago White Sox.

As for Brielle, she remains mum when it comes to the split and Michael’s new relationship.

Below are photos of Brielle and Elizabeth!