Vanderpump Rules Recap: Billie Lee Lashes Out at Katie for Leaving Her Out of Girls Night 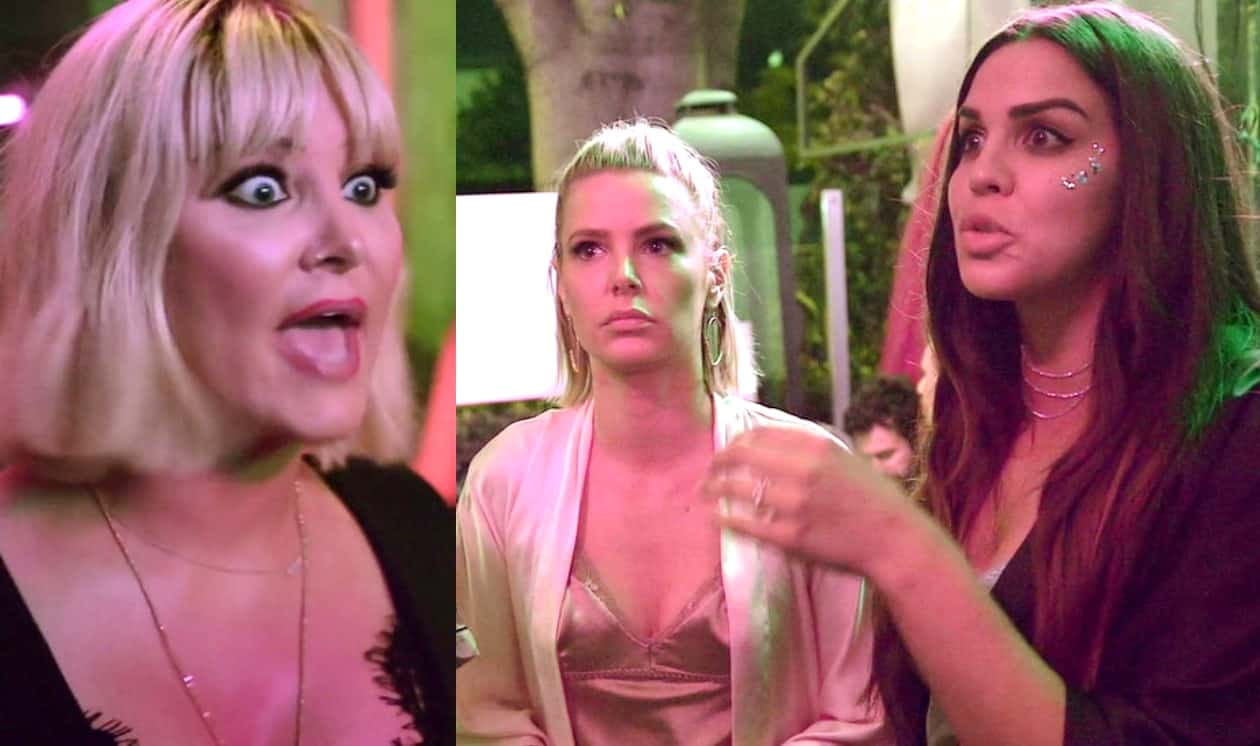 If you’re anything like me, then you’re still reeling from Stassi’s mom’s meltdown last week. Hopefully, there will be less of her face and more of the drama between the SURvers on this episode of Vanderpump Rules.

SUR is open for brunch, Y’all! LVP loves supporting her faves, therefore, she has given Billie Lee the opportunity to host brunch. Everyone’s digging it, including Lisa, but she can’t stay for long. No, no. She is off to celebrate a very important day in Stassi’s life…

An eye roll worthy event is about to occur. Stassi “bought” a holiday: OOTD: Outfit of the Day. Someone better tell Stassi’s boyfriend, Beau, to relax with those overalls cuz that’s just not a good look. Stassi tries to explain to Beau about what it takes to own a holiday and how exhausting it would have been if she had planned the event herself. Sigh. The life of an “event planner.” Stassi also vents about her mother’s recent actions. Stassi feels like she needs “a really long break” from her mom, and I have to agree with her.

When Katie and Kristen arrive at “Billie’s brunch,” Billie loses her marbles. She is annoyed and afraid that Kristen is there to strictly ruin the brunch, so she does the most grown-up thing and confronts Kristen at her table before Kristen can even order. Kristen fires back and lets Billie know that “she’s a customer and she’s causing all kinds of drama” at her table. Take that. What is with these two?

Over at Stassi’s #OOTD party, everyone strolls in wearing their Sunday best, well because they have to take a pic with the hashtag…duh. The usual suspects are there to support Stassi. The crew gathers round to discuss the prep party at Katie’s apartment for Girls Night In, the new Tuesday night jump-off meant to replace James’ See You Next Tuesday affair.

Katie is appalled that LaLa will not be in attendance at her prep party and is aggravated that instead, LaLa will be “in the studio” with James. Say what?? You know these b*tches believe in loyalty and suddenly, LaLa “is no fiddle”: she feels like James played her again and now she is thinking twice about spending time with him. Well, that and Katie is giving her dagger eyes, too. I’m betting LaLa will be prepping and not rapping.

Eventually, LVP strolls into the #OOTD party. She makes her rounds, congratulates Stassi, and eyes Ariana’s odd glitter bod because she looks like she just left a rave. I don’t get it either. Somehow, Brittany gets the opportunity to speak her mind to LVP and apologizes for her outburst at the staff meeting. She explains that she just didn’t like that LVP was considering bringing James back. You can tell Brittany is sh*tting her pants and Lisa reminds Brittany that not everything is black and white.

Obviously, Jax weasels his way into their conversation and becomes unnaturally defensive immediately. LVP reminds Jax that she “never needs his advice as to what she should focus on.” Touché. Jax backs up and apologizes after much ado and claims he can never really win with Lisa. Maybe stop acting like a fool. That could be a win, no?

Later, while Katie, Ariana, LaLa (yup, she came!), Brittany, and Scheana sit around Katie’s apartment, Sandoval and James jam out in the studio…and by jam out, I mean, James cringes whilst Sandoval “plays” the trumpet. James is annoyed that LaLa didn’t show up to drop some fresh beats with him and he is even more irked to find out that Katie is taking over his beloved Tuesday with some Girls Night In party.

The girls are unaware that James is mad, but it’s not lost on them that Brittany is salty. When Katie brings up Jax’s odd behavior over at her apartment earlier, Brittany has an absolute meltdown. She storms back into her apartment claiming to be having a “really, really bad weird day.” Jax tries to figure out what is going on with Brittany and eventually, she opens up and she does in a big way. Brittany vomits out everything that has been bothering her, up to and including the fact that everyone STILL doubts their relationship.

The next day, Scheana joins LaLa and her acting coach, since Scheana has been “dusting off her acting chops.” I can’t with this girl. I don’t understand why the acting coach insists on the girls faking an orgasm- it may have been the strangest segment on this show and I am pretty sure I can never unsee (or unhear) it.

Katie is feeling the stress of her upcoming event this evening, but now she is upset over some new drama. Billie Lee is p*ssed. Billie is claiming that she was the only girl left out of Girls Night because she is trans and the ladies are now feeling the repercussions on Twitter, where Billie has lashed out. Stassi reminds Katie that Billie’s behavior goes against what she stands for: those tweets are not light and love…but then again, we all know that these girls do not have a history of being the sweetest.

Tonight’s the big night- the response to See You Next Tuesday: Girls Night In. There’s a masseuse, a sparkle bar (whatever the hell that means), and a NEW dj…yea, that’s right, James Kennedy. Speaking of James, It’s weirdly strange what is happening at James’s apartment: his own version of girls night in…with robes…and rose. His girlfriend Raquel is there anddddd Sandoval joins, too because, why not?

The SUR Girls Night In is super successful and fun…that is until Billie Lee rolls up looking for answers. Billie wastes no time and sarcastically thanks Katie for inviting her to plan the event. Katie vehemently denies that she left Billie out on purpose and explains to Billie that she is perpetuating rumors that Katie is transphobic. It’s a mess of a situation. No one is pleased with the outcome of the confrontation, particularly LaLa who wasn’t even there for the beef, but nonetheless, she is maaaad.

Later, Billie Lee bursts in on LVP’s drinks with pals and lets Lisa know her feelings are hurt. “I’m trans and it’s ‘girls’ night.’ That’s my f*cking pronoun.” Billie Lee fills LVP in on how Katie and the gang left her out. Lisa listens but defends the other ladies by saying they have the “utmost admiration for what” Billie has been through. Billie doesn’t wanna hear it. She throws in how Katie is always crying about her weight and threatens that if Katie always gets to pull the weight card, then she can pull the trans card. Well, this didn’t end well…