Vanderpump Rules Recap: James Struggles with Having to Support His Family 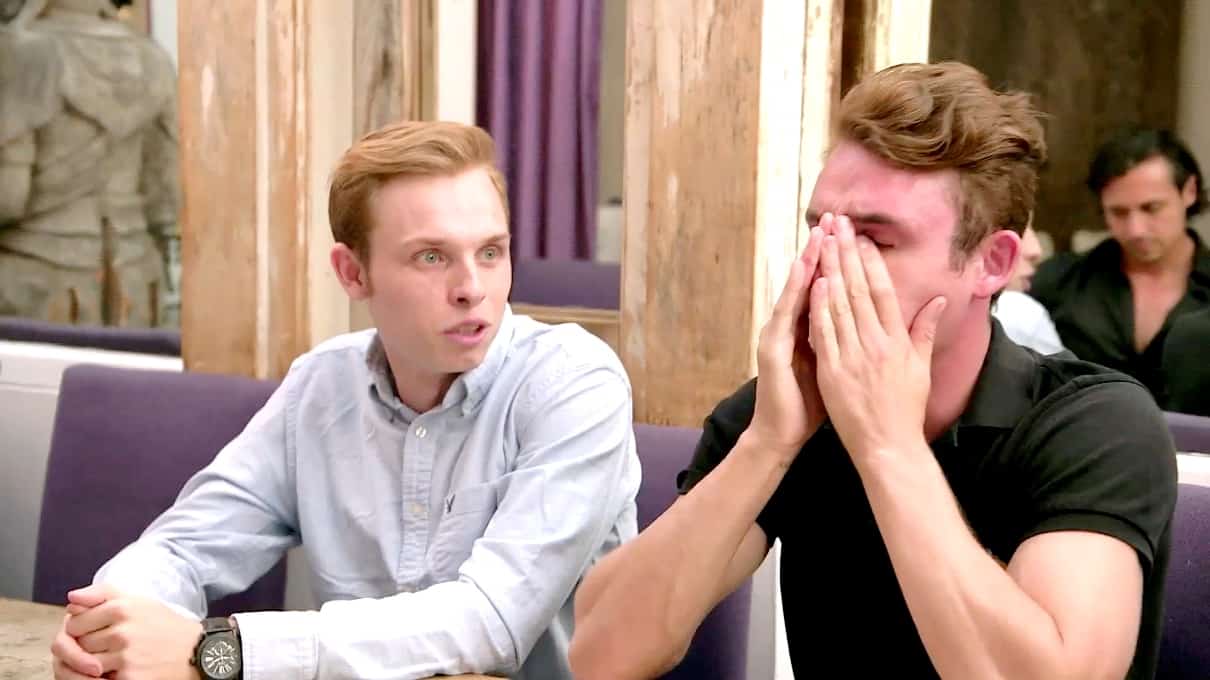 In the words of LaLa Kent, “We on a PJ b*tches and none of us paid for it!” That and so much more on this episode of Vanderpump Rules.

LVP  is apologizing for her drunken antics and she is hungover from the TomTom Daily Mail event the night before. Unlike me, LVP does not hit up the McDonald’s drive-thru to cure the morning after. But instead, she sips some tea and meets with Sandoval and Schwartzie to discuss what else can be done to make TomTom successful, despite last night’s epic party. #realitycheck

Who would have ever thought LaLa, Kristen, and Ariana would sit down for a ladies to brunch moment? LaLa invites Kristen to come along on the girls’ trip to Solvang and Kristen promises to behave. She also explains that this is a well-needed trip since she has been fighting with her boyfriend, Carter, a lot lately. Kristen is looking forward to the wine, while LaLa has decided to stop drinking altogether. But that doesn’t mean she “can’t get her b*tches drunk.” LOL.

Jax, Brittany, Katie, and Stassi roll up to a potential engagement party venue and Brittany is gaga even before entering the magical place. Jax follows Brittany around and begins having a minor panic attack about money. Perhaps he should have bought Brittany a less expensive engagement ring and then he would have been able to swing a $14,000.00 party. It seems as if the marriage counseling that the couple has been attending has DEF been helping their relationship thrive, as Brittany cannot sense her fiancé’s anxiety about the bill and Jax cannot say no to Brittany. Note my sarcasm.

Later that night, Brittany shares the engagement party news with LaLa and Scheana. Scheana looks green with envy that Brittany is able to lock someone down to marry. The three amigas decide NOW would be the best time to ask LVP for time off from the restaurant and when Lisa gives the OK, it looks like they are set to go! (not that it would matter if they all took off from SUR at the same time, as they don’t actually WORK).

In other news, James is going to therapy! He claims he is doing this for LVP and to better himself, but it seems like a last-ditch effort to save his See You Next Tuesday gig. James cries about taking on the burden of his family’s financial issues and the therapist basically tells him that was a stupid thing to do. James is tired of “getting treated like a f*cking child” when he is the “man of the family” now.

James isn’t the only one seeing a therapist- no, no…Jax and Brittany are giving it a whirl…together. Jax is comfy with this therapist, as he has seen her in the past and he has no problem opening up to the therapist. All Brittany does is smile and nod and I can tell that she really is utilizing her hour with the doctor well. Jax believes that he has put the whole cheating scandal past them and he wants to move on. He feels as though everything is great, but Brittany finally shares that she sometimes feels resentment towards Jax. Jax “just knows” that he would never go back to his old ways and becomes uncomfortably defensive as the topic gets analyzed by the therapist.

OMG Ariana is now recording with James…stahhhppp. All of these “artists” on this show! LOLOL. Somehow the convo turns from hot beatzz to chatter about James’s mom. Ariana leaves as James’s mom comes in to discuss important things, like James’s therapy session. James gets the chance to talk about heavy topics, such as creating boundaries and monetary explanations. This is awkward, but to make it even more uncomfortable, Raquel is there, right next to James, as this unravels. James and his mom bicker back and forth and Raquel just stares doe-eyed, hoping she gets a chance to be on this episode…no matter what it takes.

As if it wasn’t enough for James’s mom to confront her son, she has decided to beg LVP for James’s job again. The excuses roll out and the favors keep coming. James’s mother has no shame and goes as far as asking Lisa to give her OTHER son Harry a bussing job. What is with this lady? Perhaps she should just ask for a hostessing gig? That could solve some of her financial issues…

Time for the ladies to board the PJ! Randall, LaLa’s boyfriend, hooks the girls up big time and it’s time to “pop everyone’s PJ cherries,” LaLa’s words, not mine. How obnoxious is LaLa, btw? “We on a PJ b*tches and none of us paid for it!” Yikes. After 25 minutes in the air, the girls prepare for landing…and for wine. Lots and lots of wine. Well, Solvang is adorable. These chicks certainly do not fit into this cute, quaint town. Everyone gets into their rooms and Scheana’s the odd man out, as usual. To make matters worse, Kristen is a “stressed out, terrorist traveler.” We can all see the writing on the wall: crazy Kristen is going to be coming out later.

While the girls get cozy in Solvang, James brings his brother into SUR for the big interview. Maybe if Harry gets a job, he can help out James with supporting his family…just saying… Harry gets put through the wringer and it would probably have been beneficial for Harry to change his last name so as not to be connected to James in any way, shape, or form. It also doesn’t help that Guillermo, one of SUR’s owners, keeps stating he doesn’t need a busboy, he needs a DJ. Zing! Naturally, this puts James in a fit of tears, but what else is new?

Hold up- why is LaLa “exploring Solvang” in her bathrobe? Like I said, these girls do not fit in. Kristen is on fire, particularly when she calls merlot “the basic b*tch of wine.” As the wine tasting tour continues, Kristen continues to get more and more trashed… Crazy Kristen has come to the party! I say call up the PJ and send her back home to deal with Carter. We all know this is not gonna end well. Bye biaaaatch!