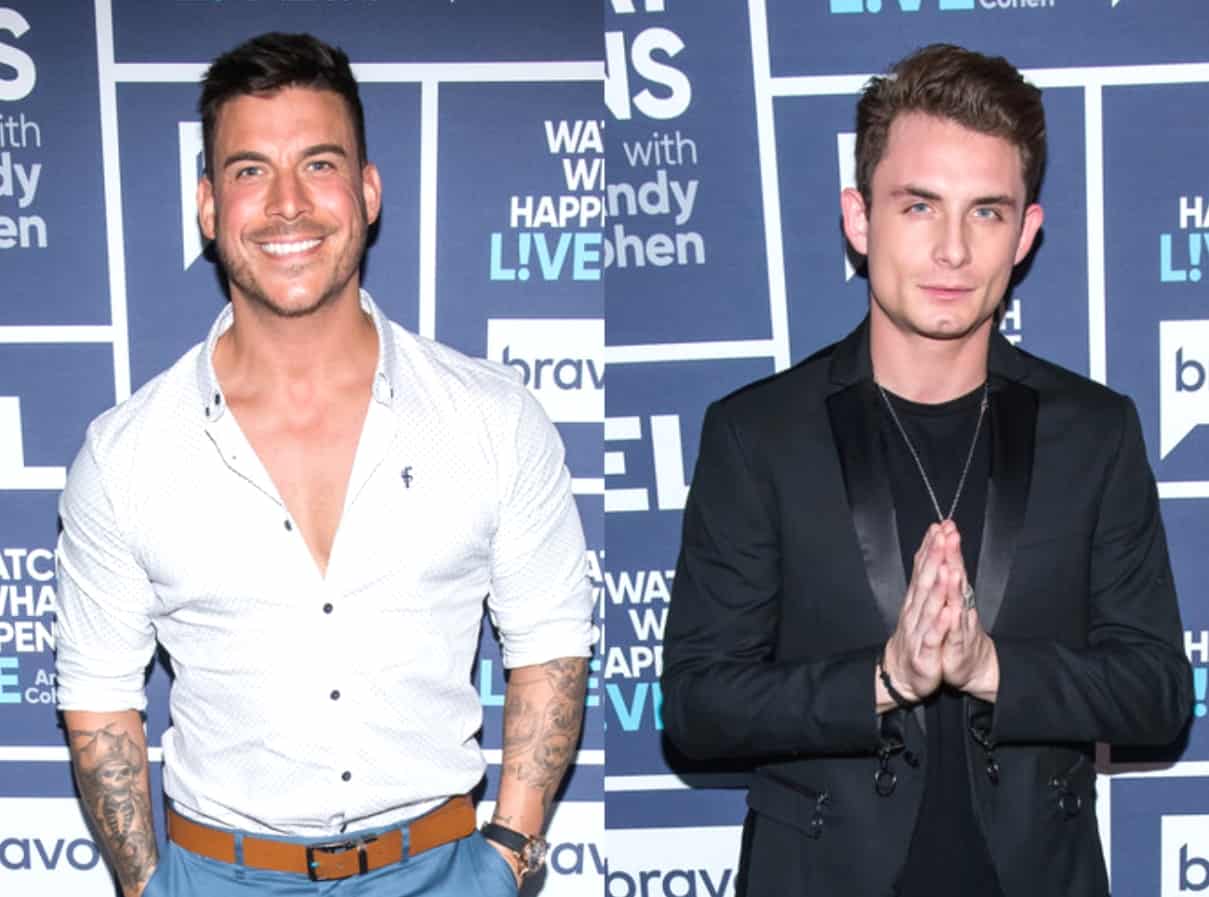 Is Jax Taylor attempting to take James Kennedy down? It sure seems that way!

Earlier this week, a video surfaced on the RBF podcast’s Instagram page in which the Vanderpump Rules star and DJ was supposedly seen using cocaine. However, after James denied it was him in the video, the account shared shocking details about the way in which Jax was involved.

“THIS IS NOT ME,” James wrote in the comments section of the video clip.

A number of fans also shot down the idea that James was the man seen in the video.

“It’s not him. It’s a video on YouTube from last year, and wasn’t James,” one fan explained.

“I’ve seen this before. It’s an old video. I don’t think it ended up being him,” another added.

Following James’ denial, reported by E! News, the RBF podcast offered a statement about the video they shared, and later deleted, and apologized to James for suggesting he had used cocaine.

“My face after knowing we got Jax’d this afternoon. Shoutout to [James Kennedy] and sorry we believed anything [Jax Taylor] would tell us,” the statement read.

According to the account, Jax convinced them the video was real and then deleted the comments he made about it. 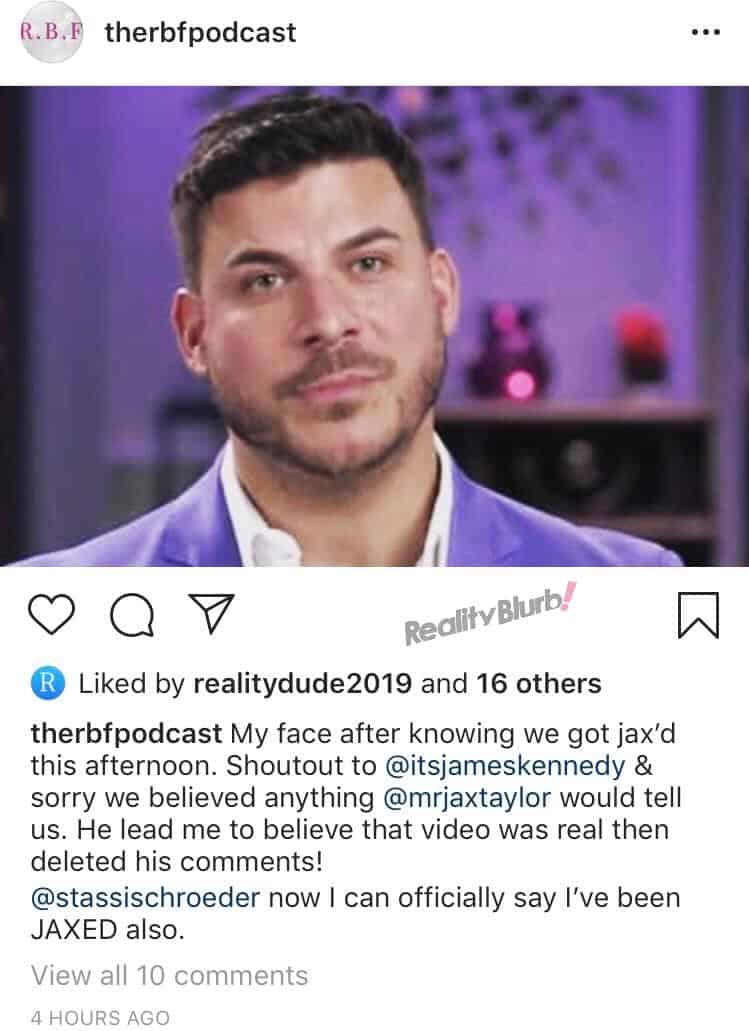 In the comments section of their apology post, the RBF podcast revealed the video in question was actually a clip originally shared last year.

“Apparently it’s been circulating since 2018 and Jax lied about being with James in Oklahoma last weekend,” they explained.