Home Real Housewives of Beverly Hills News RHOBH’s Brandi Glanville Dishes on Wendy Williams Being a ‘Sloppy Mess’ During Encounter, Knew There Was ‘a Problem’ Long Before She Entered Sober House

RHOBH’s Brandi Glanville Dishes on Wendy Williams Being a ‘Sloppy Mess’ During Encounter, Knew There Was ‘a Problem’ Long Before She Entered Sober House 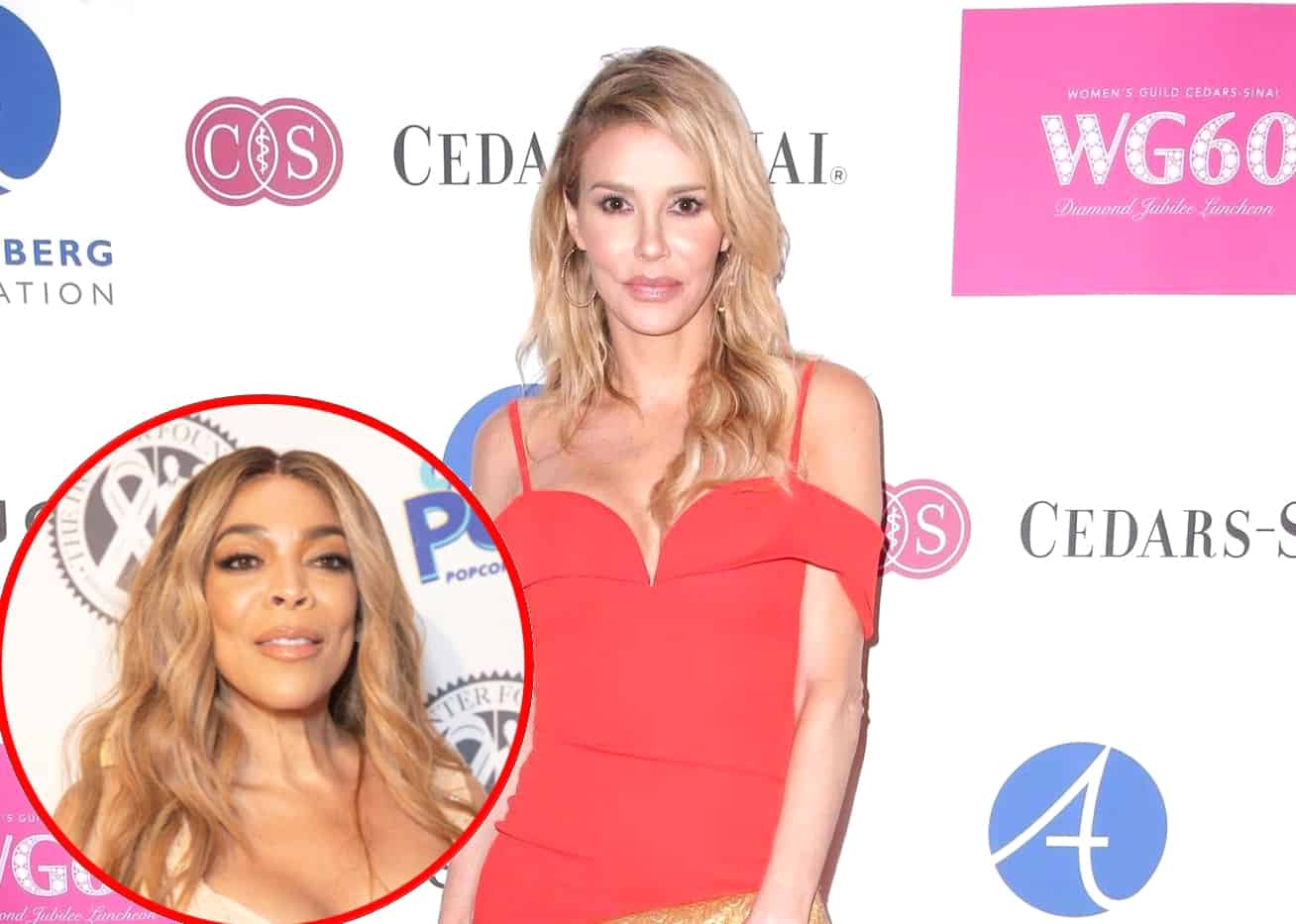 During a recent taping of her podcast series, Brandi Glanville Unfiltered, the Real Housewives of Beverly Hills star chatted with her guest host, stylist Salvador Camarena, about the television host’s addiction issues and admitted she wasn’t shocked by the recent news.

“I knew there was a problem a long time ago,” Brandi said on the March 29 episode of her podcast, according to In Touch Weekly. “I did an appearance in Vegas with her where she was not okay, very sloppy, and her husband kept apologizing for her because she was a mess.”

Earlier this month, following a weeks-long hiatus from her talk show, The Wendy Williams Show, Wendy revealed she was attending addiction support meetings, utilizing a sober coach, and living in a sober house.

“She was not nice to me,” Brandi continued. “She was mean and, like, falling over, [a] wig-shifting mess. And this was years ago and then they wrote about it in, like, Star Magazine and she just said, ‘No, I was fine,’ and everyone just believed her.”

“To see her that way, it was just, like, ‘Girl, get it together.’ And I’m rooting for her 100 percent, but I was with [my friend] and we were just like, ‘Whoa. Who is that person?’” Brandi explained.

According to Brandi, her initial experience with Wendy led her to turn down an appearance requested sometime later.

Although Brandi’s run-in with Wendy was far from enjoyable, Salvador said he too had met the television host and claimed his experience with her was enjoyable.

“She was lovely, I love her show. I love her honest opinion on things. So I’ve never seen her in that state, but I do appreciate, like, it takes a strong person to be that vulnerable. Especially a public figure, and I appreciate her taking us along as the audience on her journey,” he said.

“But she didn’t!” Brandi fired back. “Too many people found out. She had to come out and say it.”

As for rumors claiming Wendy’s husband, Kevin Hunter, was cheating on her for years and recently welcomed a child with another woman, Brandi didn’t have much sympathy.

“[Her marriage has] been over for a long a** time, sorry,” she said. “She’s changing the conversation away from her sobriety to her marriage because she doesn’t want to talk about sobriety anymore.”

Despite her suspicions in Wendy’s marriage talk, the reality star told listeners that Wendy is “in [her] thoughts.”

“We hope she continues to get better. And there is a light at the end of the tunnel,” she added.