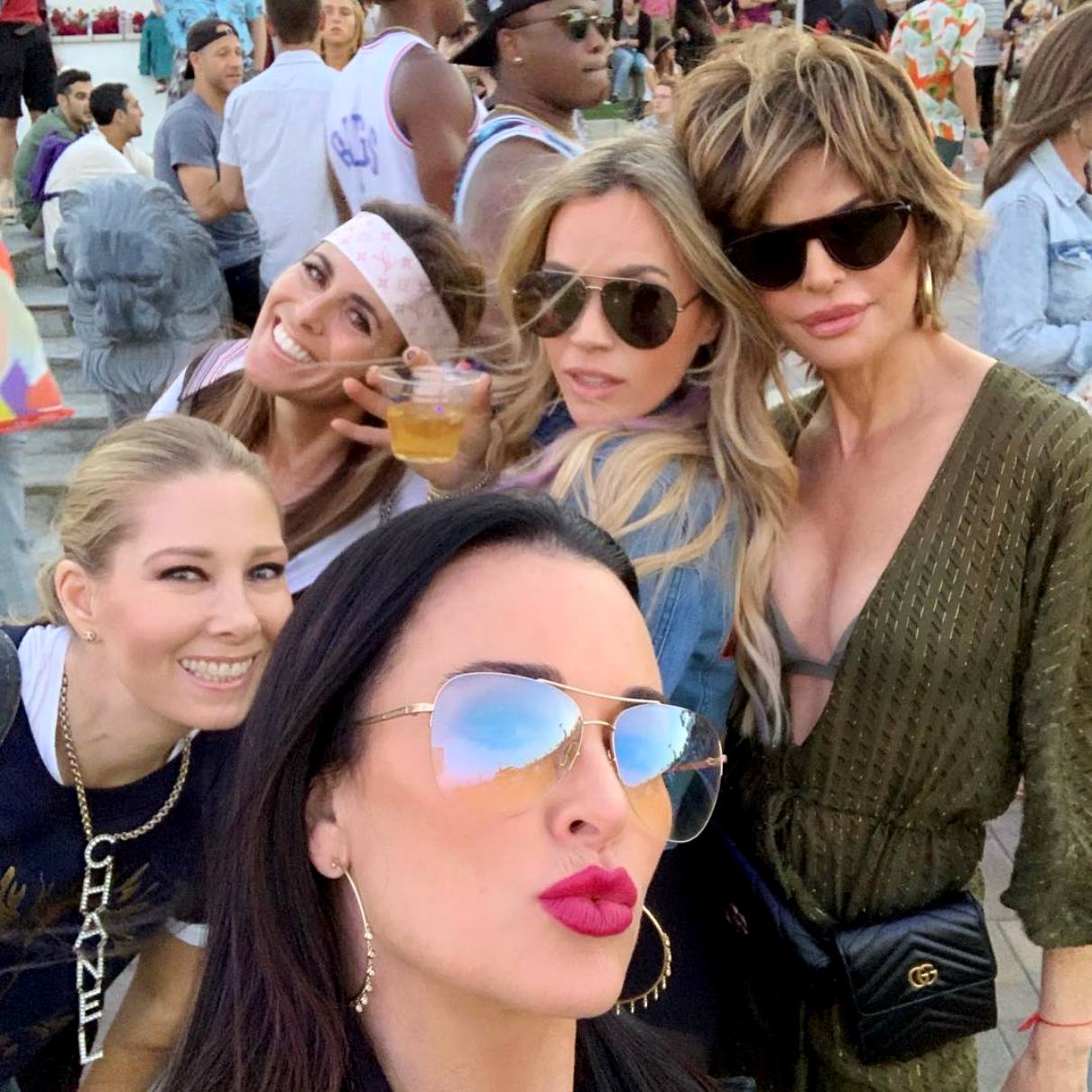 Kyle Richards and her Real Housewives of Beverly Hills co-stars, Lisa Rinna and Teddi Mellencamp, traveled to Indio, California for Coachella at the end of last week and were quickly slammed for doing so.

On Instagram, after sharing a photo of the three of them and some other friends, Kyle faced backlash from her fans and followers, many of whom believed the group was “too old” for the music festival.

“#Chaperones #coachella #helloKyle,” Kyle wrote in the caption of her group photo.

Kyle faced backlash from her online audience after sharing the image above.

“Old women living through their kids. Weird. Boring. And strange,” one person wrote.

“Aren’t you all a little old to be there?” another asked.

“To [sic] old for the sh*t go home grandmas,” added a third.

After seeing what the third critic had written, Kyle fired back at the person by correcting their grammar and suggesting she, Lisa, and Teddi were having way more fun than the woman was having sitting behind her keyboard.

While Kyle and her co-stars got plenty of heat on Instagram for attending Coachella, they also received some support from fans who witnessed Kyle’s clap back.

“People are really mean sorry about that you guys look fabulous,” another added.