90 Day Fiance Happily Ever After Recap: Larissa Avoids the Slammer and Ashley Meets Up With Her Ex

by Julia May 13, 2019 10 comments
ShareTweetWhatsappPinterestRedditTumblrMailFlipboard 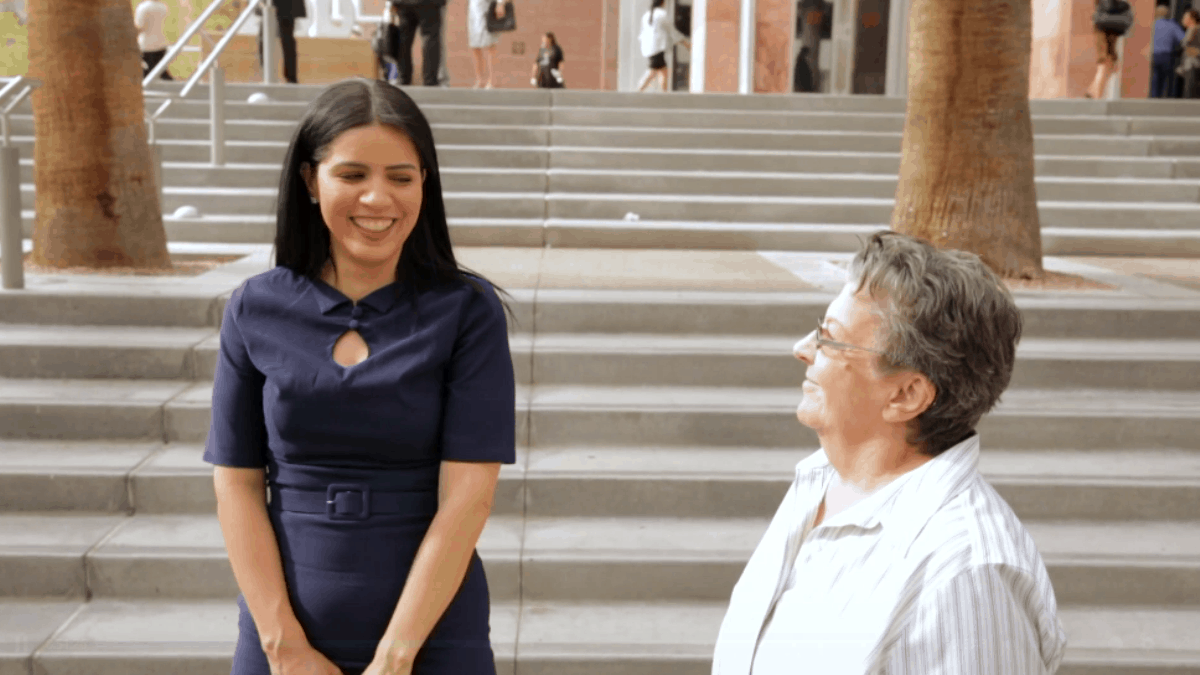 This episode of 90 Day Fiance: Happily Ever After further tests the couples’ relationships… 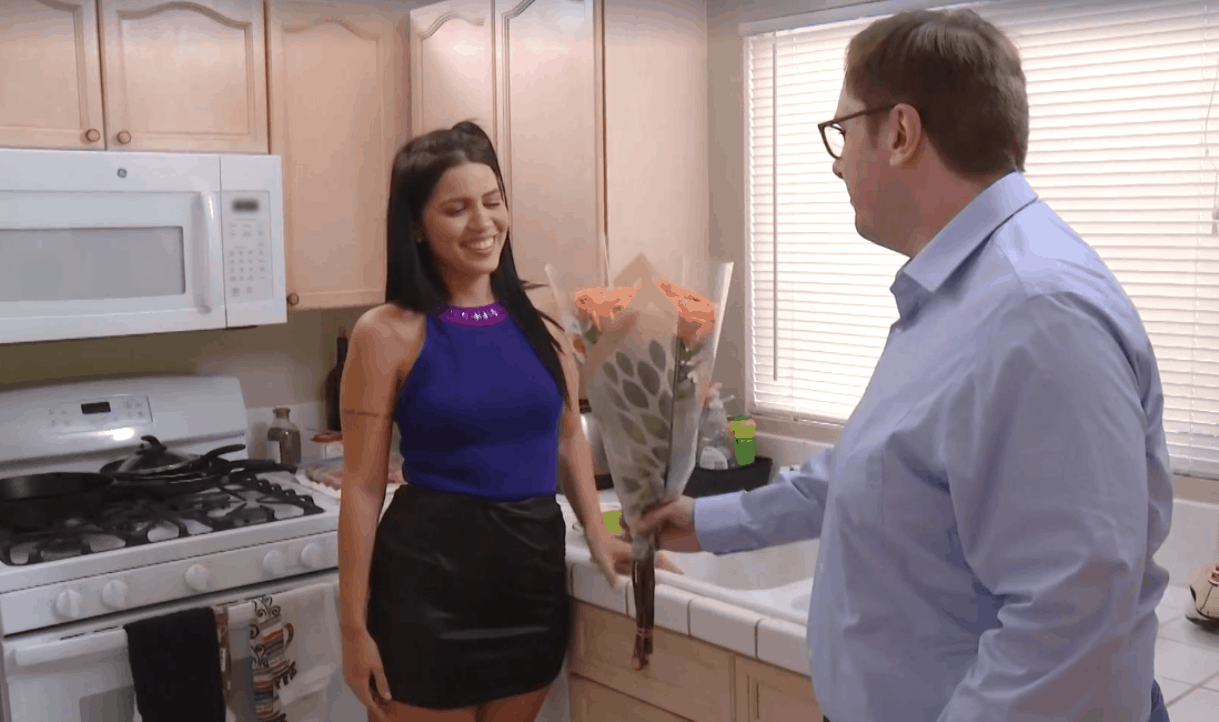 It’s trial day for Larissa. Poor Debbie, Colt-E’s mom, is stuck driving that devil woman to court.  If Larissa is found guilty, she would be deported, which may not be a bad thing in the long run.  Larissa’s lawyer hopes he can take care of business and have this issue be a thing of the past.

I am on the edge of my seat waiting to hear what happened at Larissa’s trial.  It turns out the case was overturned, Larissa feels “reborn,” and promises to be more understanding of Debbie.  Both ladies are thrilled about this news, but let’s just hope Larissa stays out of trouble for a year so she doesn’t find herself in this situation again.  Larissa is blissfully happy to have her life back!  She washes dishes in her leather mini skirt and loves on Colt-E because he came home with some grocery store roses to celebrate the news.  Colt hopes that the marriage can have a clean slate now that this is behind Larissa and Larissa agrees. “I’m not trying to say Oh my God, Debbie is my best friend,” but she plans to be more passive.  The couple pops champagne and kiss with their eyes open, because that’s not awkward. 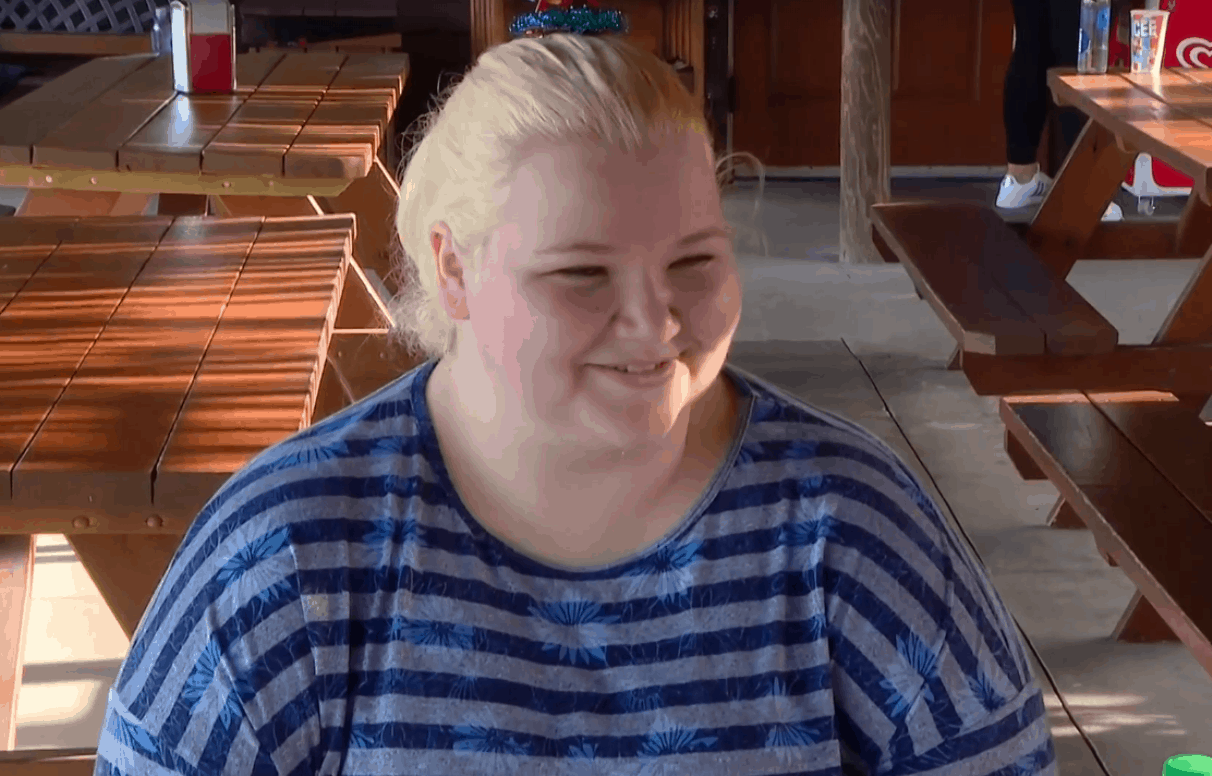 Nicole’s daughter, May, is celebrating her birthday today and that means the whole family is gonna be in one place…that also means that Nicole is going to be questioned about her relationship with Azan, which is less than thrilling for Nicole.  The questions start right off the bat. Robbalee, Nicole’s mom, claims that this whole thing seems like a “cycle of nothing.”  I’d have to agree with her. The mystery business Nicole and Azan “started” is bogus, as is their relationship.  Nicole’s father wants to meet Azan face-to-face before this wedding could potentially take place and Nicole suggests that he come to Grenada!

OMG Nicole’s mismatched floral and skull outfit whilst food shopping.  She is hoping her new diet will impress Azan for their Grenada trip, hence her healthy food haul.  Nicole decides to FaceTime Azan in the fruits & veggies section of the store to prove that she is trying to eat better and proceeds to tell him about how her family worries about Azan’s intentions. She drops a bombshell on Azan when she lets him know that her father wants to come to Grenada to meet him and Azan looks scared sh*tless. 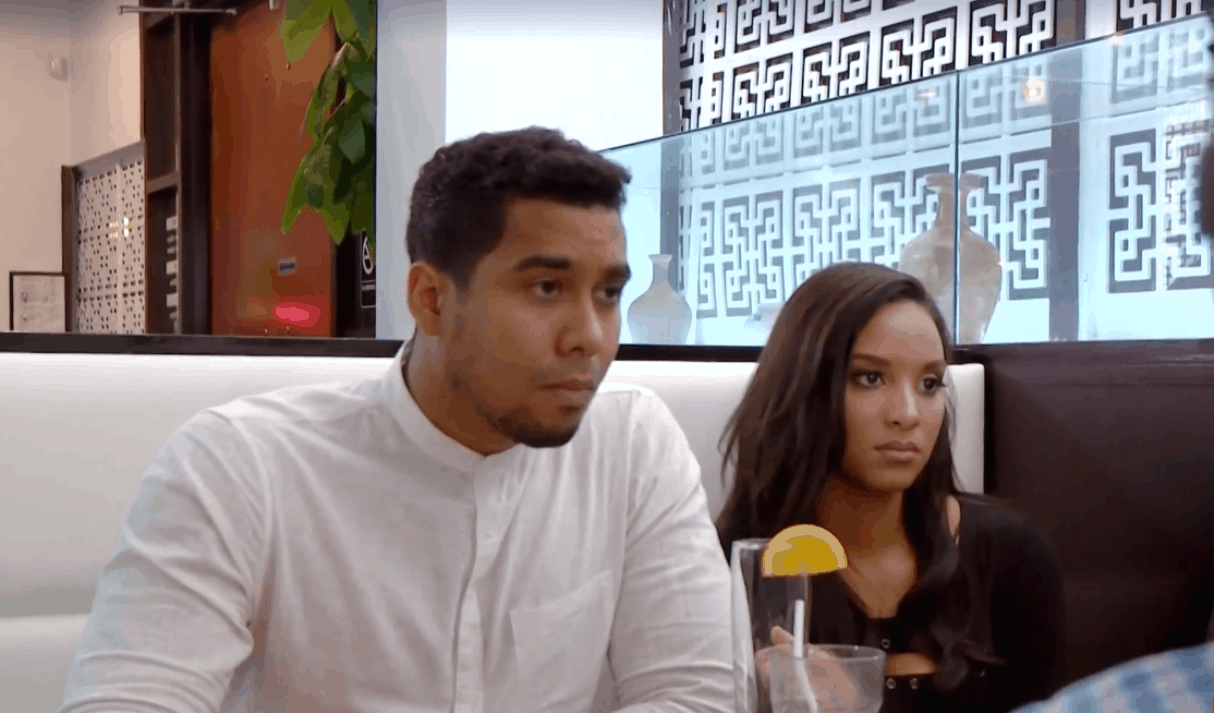 Since Pedro decided not to attend the family Chantel Thanksgiving dinner, things have been a bit tense.  Chantel and Pedro are heading out for a double date, and it turns out the husband of this couple is also Dominican.  It’s almost as if Chantel wanted Pedro to meet this couple because they are #goals.  They have three kids and have settled down.  It appears as though Chantel has married the wrong Dominican. Chantel’s man is planning a trip to the Dominican Republic and doesn’t want Chantel to come with him. The other couple is appalled by Pedro’s plan to visit the DR for a month.  Chantel further throws Pedro under the bus when she tells the couple about the brawl between Pedro and Chantel’s family. Naturally, Pedro goes on the defensive and says, “I need my time to f*ck off,” which according to Pedro translates to, “disappear.”  Someone get this guy a translator…

Pedro wants to “escape,” so he has decided he is going to the DR no matter what.  He FaceTimes his sister, who has made it clear that she never wants to see Chantel again because she doesn’t “support” their family. Pedro lets his sister know that Chantel doesn’t want to have kids with him because of the family rift.  Pedro insinuates that maybe he will just stay in the DR, because THAT’S gonna make everything better…

Pedro has to go see the immigration lawyer because his green card is about to expire and he would like to speed the process along.  They listen as the lawyer explains the deal, but Chantel looks perturbed when Pedro mentions his business plan in the DR.  His business is as big as a mystery as Nicole and Azan’s…  The couple begins fighting about bearing children right there in the office and Pedro’s focus on his permanent green card is making Chantel scratch her head.  I mean, when Pedro asks the lawyer what would happen to his green card should they separate, a red flag goes up.  Chantel states, “I’ll be damned if I pay for your a*s if we are divorced.”  Chantel furthers finds out that if a marriage was not “entered in good faith,” Pedro could lose his residency.  Who has a motive?  Was the green card all Pedro was after? 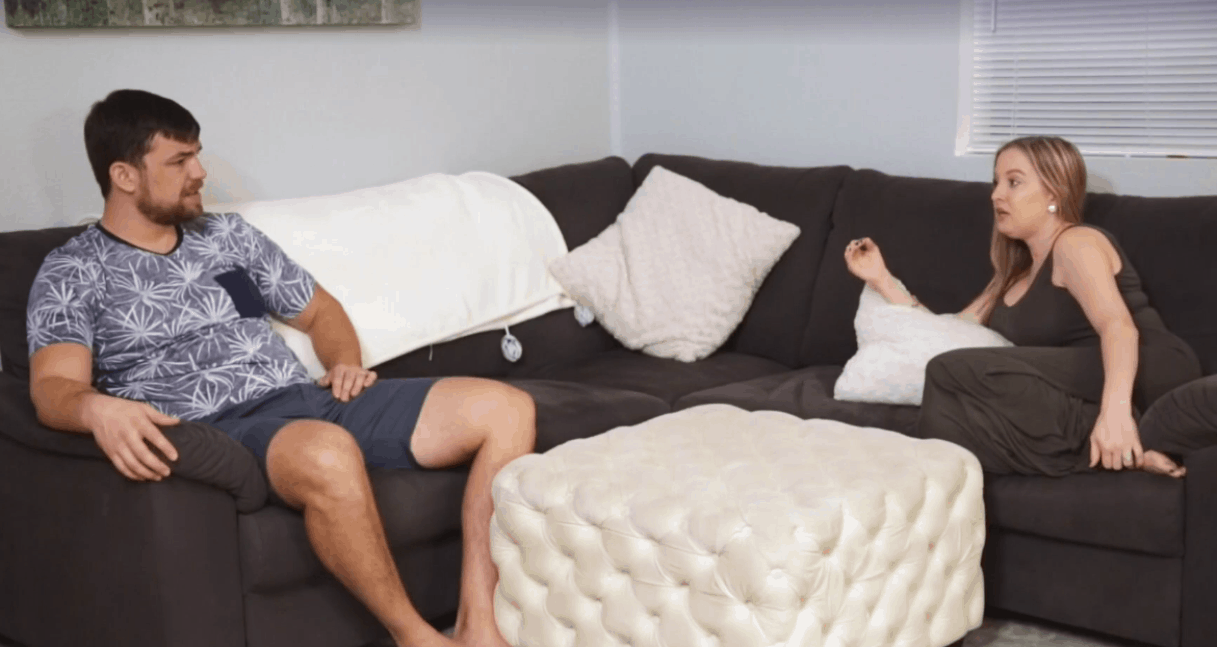 With a baby girl on the way, Elizabeth is left balancing her family and her Frankenstein husband, Andrei. Elizabeth has decided to meet her dad to try and smooth some of the tension over. Chuck is not pleased with “Andre.”  LOL.  He also is not happy that Elizabeth put the cart before the horse because Andrrrrrrei has no job and therefore, cannot support their soon-to-be-baby. Chuck is frustrated that the property he is allowing Andrei and Elizabeth to live in for free is not kept up to his standards. He wants “a little bit of courtesy,” but Elizabeth explains that Andrei feels like Chuck is holding this house over their heads. I’m having a hard time believing that Andrei couldn’t find *any* work…

Later, Elizabeth reports back to Andrei and fills him on the visit with her dad.  She lets him know that her dad thinks that they’ve been ungrateful and unappreciative of all he has done for them.  Andrei is disgusted by all of these accusations and believes that Elizabeth’s dad is pinning the couple against each other.  Andrei demands that they move, but Elizabeth reminds him that they are broke.  “I will do trucking, I will take care of this, and we will work it.”  Who wouldn’t hire that personable guy, Andrei? 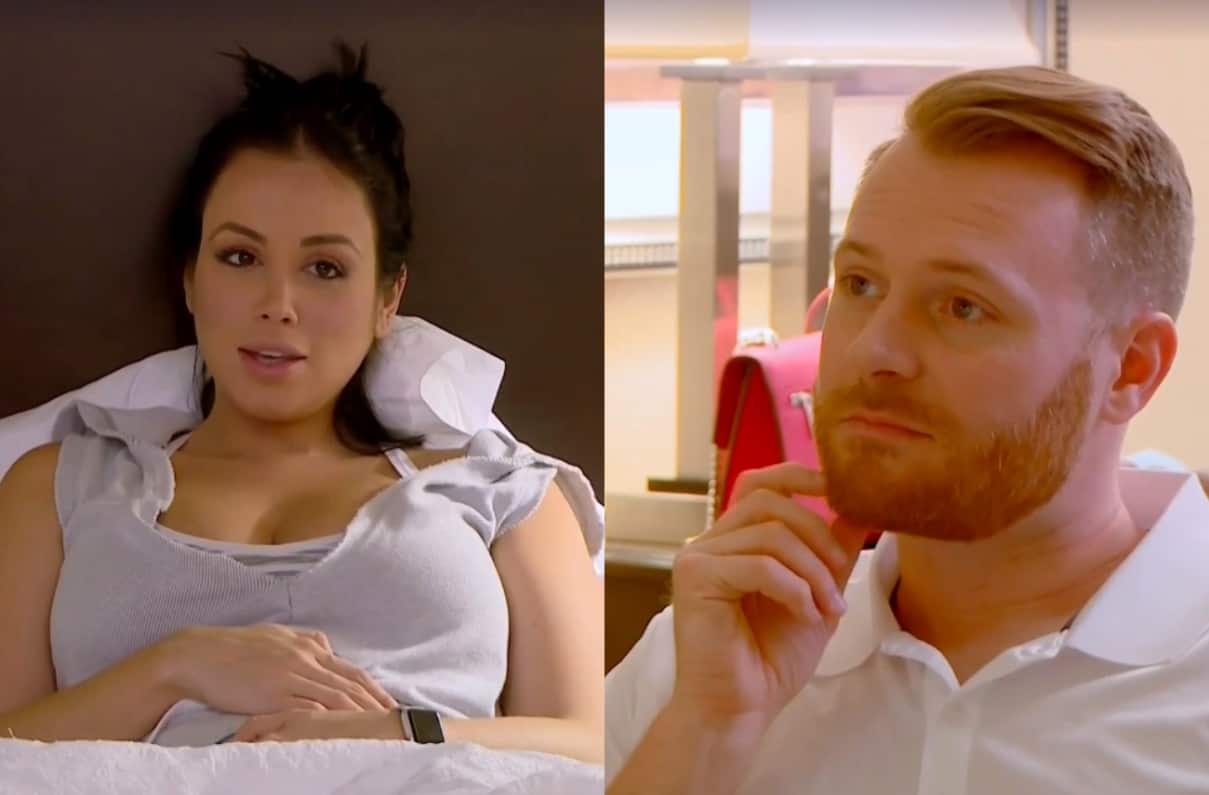 Today is Pao’s baby shower in Oklahoma and she is a bit apprehensive about being around Russ’s family. At least she’s dressed appropriately. Before the shower, Pao brings Kristine, her “only friend in Oklahoma” with her to get her nails done last minute. Pao chats with her girlfriend about how nervous she is being back here and hopes that Russ’s family will finally accept her for who she is.

The party is in full swing over at Russ’s parents’ house. His mom is so proud of her baby shower set-up and is hoping this is the way to break down that wall Pao keeps up around her. Pao is running an hour late- you better hope that her nails look amazing. She strolls in and is shocked to see so many people there on time. The dudes leave and Pao is left to fend for herself as she opens gift after gift from Russ’s family. Pao apologizes for making her guests wait and shares that she was “sad and disappointed” everyone left so early.  Aw, silly Pao. If you came ON TIME, you wouldn’t have had this problem.  Once back at the hotel, Paola lets Russ know that she didn’t appreciate everyone leaving her baby shower so early EVEN THOUGH SHE CAME LATE. She explains that she feels alone in Oklahoma and wants Russ to tell his family how they make her feel. Russ is willing to do whatever it takes to keep Pao happy because he has yet to tell her about the job opportunity he has in Oklahoma… 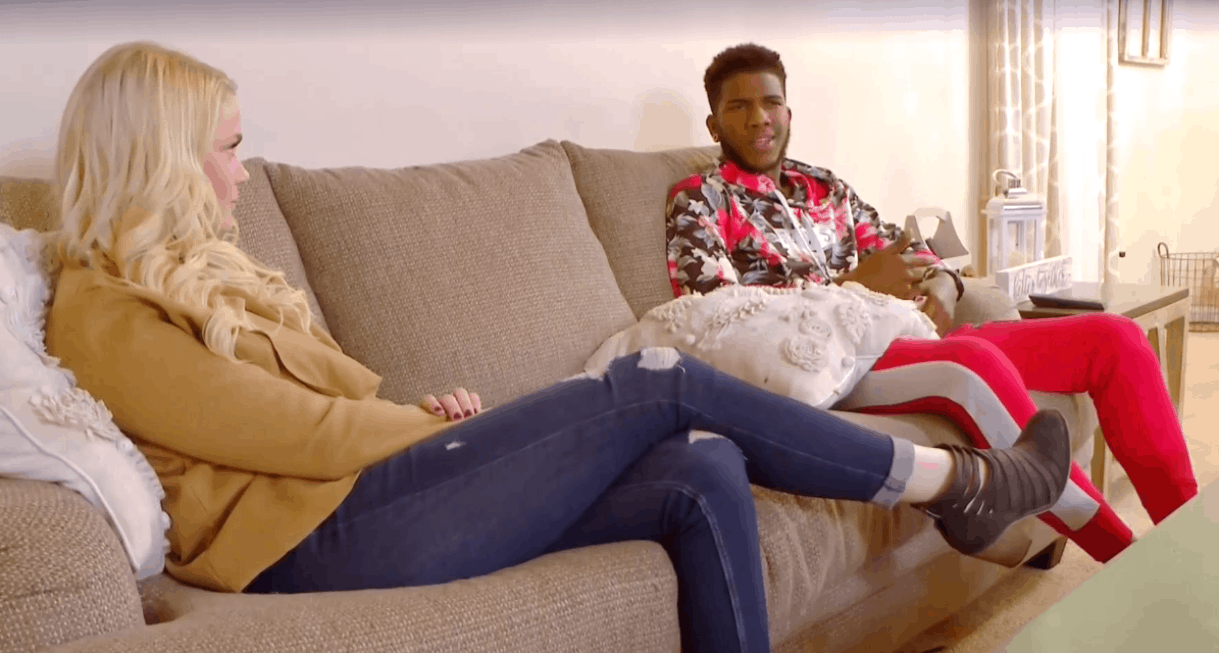 To say things are rocky between Ashley and Jay would be a gross understatement. Ashley’s having a hard time trusting Jay after his Tinder run and has decided that she needs a makeover to get her self-confidence back.  Ashley has opted for some hair extensions because later, she is seeing someone and she “wants to look damn good when I do.”  Turns out that Ashley meets up with Mikey, her ex-boyfriend.  Um, how is this different from Tinder?  Ashley flirts incessantly with Mikey, who is heading to Aruba solo…cuz that’s not weird. Ashley explains that she’s just living that married life with Jay, but tells Mikey about Jay’s Tinder episode. Mikey is “concerned” about Jay and tells the camera that in regards to Ashley’s dating choices, “She’s only made one good choice in a relationship and that was me.”  Well, it is very clear that Mikey is trying to get into Ashley’s pants this evening.

Jay is bewildered why Ashley hasn’t been responding to any of his text messages all night and when Ashley comes home, she flat out tells Jay she was out with a “friend,” Mikey.  You all know Ashley went out with this guy just so she could rub it in Jay’s face.  Jay gets a taste of his own medicine and Ashley lets him know that she was advised to leave Jay. Jay tells Ashley to shut up out of frustration and storms away from his messed up relationship.