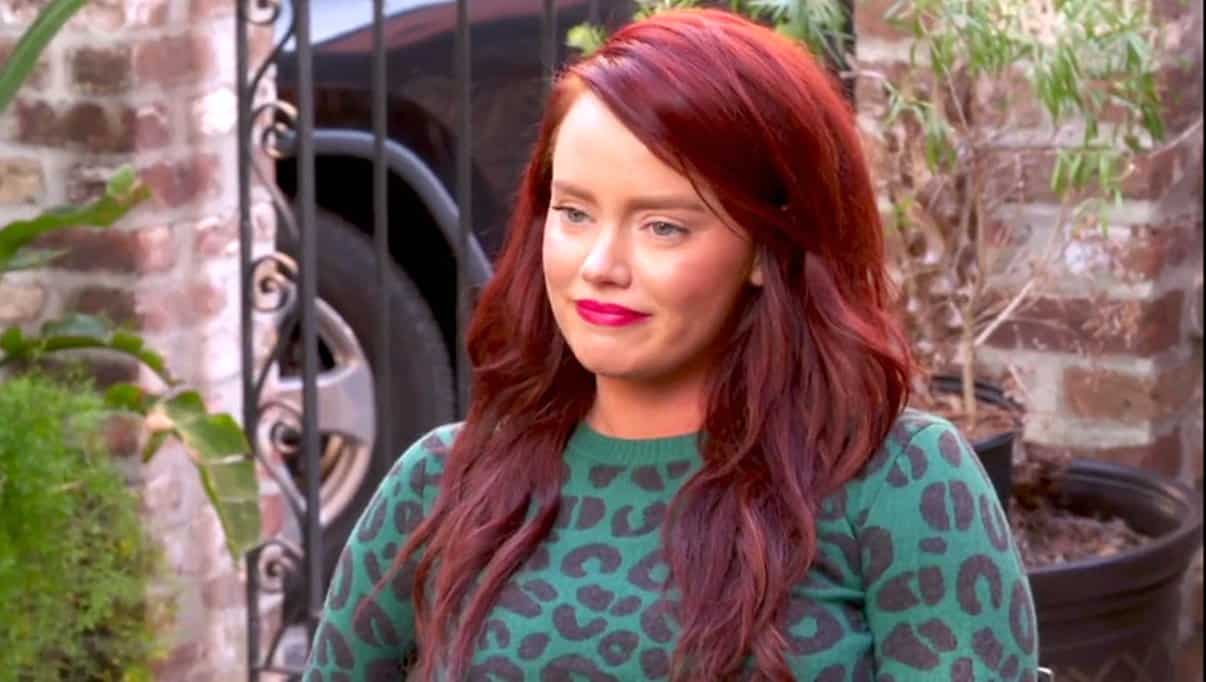 On this episode of Southern Charm, the rumors are confirmed and everyone’s talking about it…

Cameran enjoys a pedicure massage for far too long until her solitude and relaxation gets broken by the new girl, Eliza. She’s clearly the “trouble-maker” of the season and boy she is annoying. Cam shares that she has known Eliza for years and that she loves her like a little sister. We learn some more about Eliza Limehouse. Apparently, she is like Charleston “royalty,” and essentially all of Charleston is named after the Limehouses. Seems like we have another Ravenel on our hands.

Eliza further divulges that, “I come from a mess.” Eliza’s politician dad had an affair that was made public; therefore, her family has been shunned from the public eye. Cam, being Cam tries to coach this newbie and tells her to turn it down about 19 notches, especially when it comes to Kathryn .

Speaking of Kathryn, she has moved into a new house and has put Austen to work to help with the move. The place is beautiful, but her rent is $6,600.00 a MONTH…perhaps Thomas Ravenel still hooks her up financially whilst he is in the slammer? Austen asks to find out more about her and Whitney, and Kathryn changes the subject to Madison, Austen’s girlfriend. Kathryn lets him know that everyone is talking smack about his relationship, especially since the cheating rumors (and videos) have surfaced.

The new Craig gets a call from his Operations Manager, who is not doing much managing or operating when it comes to Craigory. Despite his new digs and new life, he is still a hot mess deep down. Enter this “manager,” Anna Heyward. She is basically an adult babysitter, making sure he does things such as fill out his W9 and drink his milk daily.

Naomie still treats her grouchy old cat Gizmo like a human and she brings her to “L’ABeye,” her women’s attire e-commerce site. This is her new baby…now that someone else is taking care of Craig, a lot of her time is freed up. Craig is like a man-child. His manager does his best to try and keep this guy on the straight and narrow, but how can she do that when he orders a box full of beef jerky and not remember doing so!? The main reason Anna is in Craig’s life is to help him with his pillow business. He just won’t let that go.

Shep meets Danni for some drinks and eats. The two talk about Patricia’s gathering and immediately get on the topic of Austen and Madison. They cannot believe that they are still going strong, especially after both Austen and Madison cheated. The convo turns to Danni. She’s got herself a new man named Gentry. I can’t tell if Shep is jealous or legit interested in hearing about the relationship. I guess Shep has grown a bit as he too has a new love interest who conveniently lives in Chicago. Such an easy way for him to have a “girlfriend” when she lives across the country, huh?

Chelsea is hosting a housewarming party. She wants to show everyone all of the work she put into the home. She’s bummed that her new man, Nick, won’t be attending. He’s a professional sailor who has a three-year contract with the American cup (whatever that means), so he will not be at the party. Look at all of these guys growing up and finding people to settle down with Kinda sends chills down my spine.

Naomie, Cam, and Danni hang out and discuss Kathryn’s new place. They cannot fathom how Kathryn justifies the high rent…they also cannot comprehend the tidbit of info Cam shares with the girls. Ashley, T.Rav’s ex, got an award for the outstanding nurse of the year. WHAT. Yup, she is still a psychopath. Yup, she is 100% evil…well according to Danni and Naomie. Cam tries to see the good in Ashley, but she’s gonna be looking for a loooong time.

It’s the day of Chelsea’s housewarming. She is super nervous to have everyone over, as this crew has a tendency to get wild. Cam is the first to arrive and Chelsea gives her the grand tour. Cam suggests the girls take a shot and the next thing we know Kathryn rolls up…what in the WORLD is she wearing?! More and more people show up and all I can think is, what a MESS these guests are creating. Austen gets mad when he sees that his beer isn’t on tap at the party, but that’s his own damn fault. According to Austen, “Business got put on the back burner for a bit.” I guess he was too busy cheating on Madison??

Shep shares that he got dumped, which is not surprising. Instagram got him again! #SingleShep rebounds quickly and tells the fellas a ridiculous story about his recent hookup. This would explain why Shep will never be tied down for too long.

Kathryn gets the girls around and starts to spill a secret, but relies on Cam to let everyone know the truth. Soooo…Kathryn and Whitney DID have a little “rendezvous.” Confirmed. She even goes as far as saying it wasn’t bad! No wonder Patricia is finally warming up to Kathryn…I wonder if she is aware that Kathryn could potentially give her that grandbaby she has always wanted?! Now that everyone knows, I can’t wait to hear what Whitney has to say about this spilling of the beans.

Kathryn clearly has a type. Whitney is like 76 years old…just like her ex. Get a load of him in his puffer vest trying to be “hip” chillin with his boyz, Austen and Craig. Whitney pries to find out about Austen’s Trop Hop beer company and then the guys begin filling Whitney in on the deets about Chelsea’s party. Craig and Austen can’t keep it together when they begin hinting at the Kathryn hook up, and like a pro, Whitney dodges and deflects, asking about Austen and Madison. Touché!

Shep and Cam hang out on her dock with Elvis, the neighbor’s dog. Shep cannot get over the Kathryn and Whitney hook up and he thinks that Whitney only did it because Patricia approves. Gross. Shep also shares that Madison came up to him and demanded to know what his problem is with her. Shep doesn’t like that Madison cheated on Austen, as it “made him look like a clown.” For the record, there are MANY things that make Austen look like a clown, but the main thing is that he IS a clown. Let Austen fight Austen’s battles, Shep…