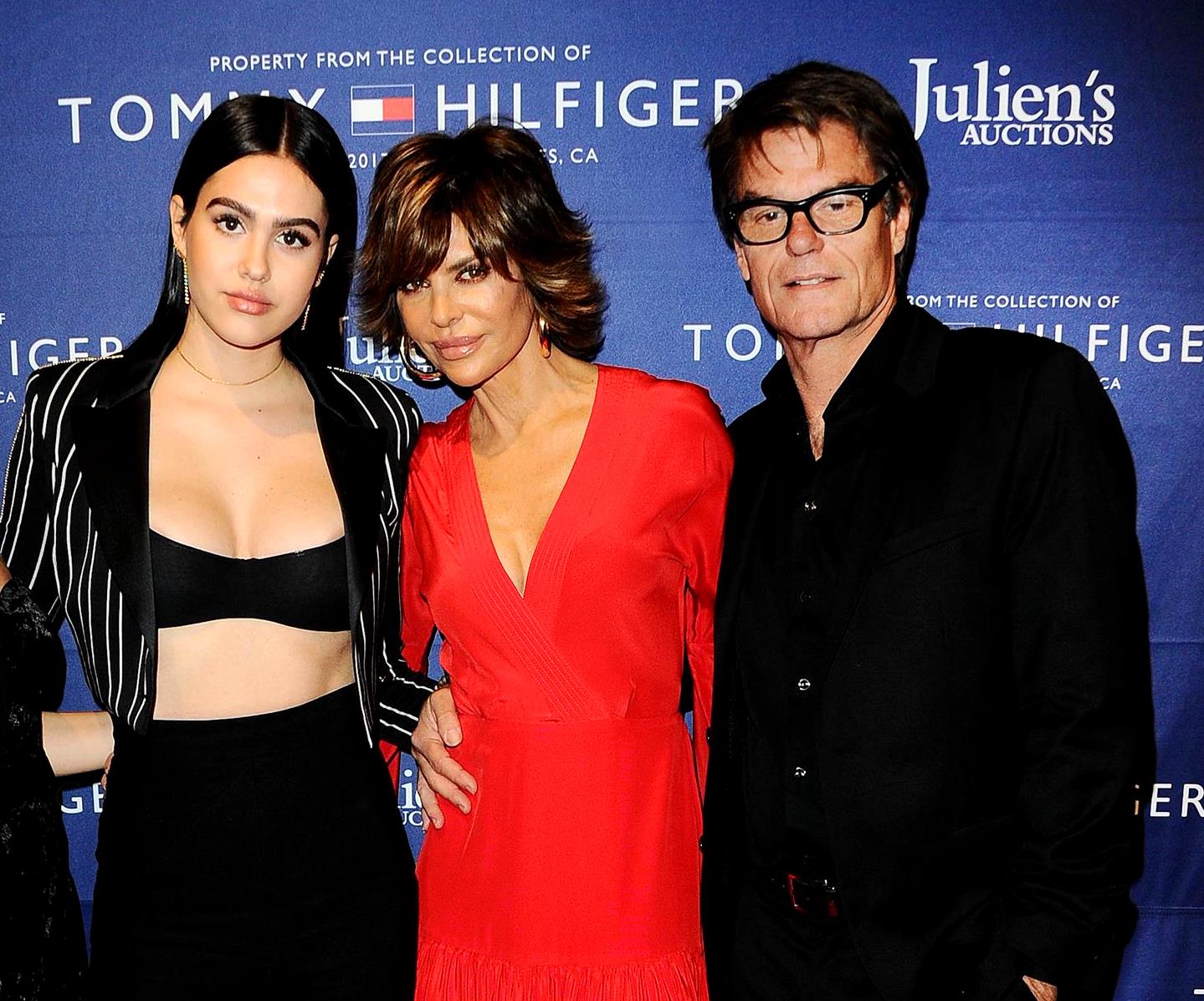 The Real Housewives of Beverly Hills star Lisa Rinna opened up about her daughter’s battle with anorexia during Tuesday night’s episode of the show, and Amelia Gray Hamlin is now addressing her behavior during a family dinner scene as she also opens up about her battle with the eating disorder.

Prior to the episode airing, the 17-yr-old model took to her Instagram Stories to share a series of messages as she felt she needed to address her behavior during a specific scene, where her father tries to encourage her to eat a veggie burger. In that scene, Amelia is seen making excuses as to why she shouldn’t eat the food, before eventually snapping at her father, Harry Hamlin, and calling him passive aggressive.

In Amelia’s messages to her fans, she admits she was “extremely rude” to her dad, adding that she hoped to help people understand the eating disorder.

“Tonight on the housewives you will see how my eating disorder affected myself and my family,” Amelia wrote on June 4. “There is a scene where I was EXTREMELY rude to my dad and the food that he wants me to eat.”

“I was not in a good place at all. I may have looked like I was recovered, but I was most definitely not,” she continued. “The person displayed in tonight’s episode is not the person I am. It was the person anorexia made me. I hope you guys can take this and relate to it. I’m sure I’m going to get thousands of horrible comments in regards to how rude I was to my father.”

Amelia added that she was also afraid of eating meat due to being a vegetarian. 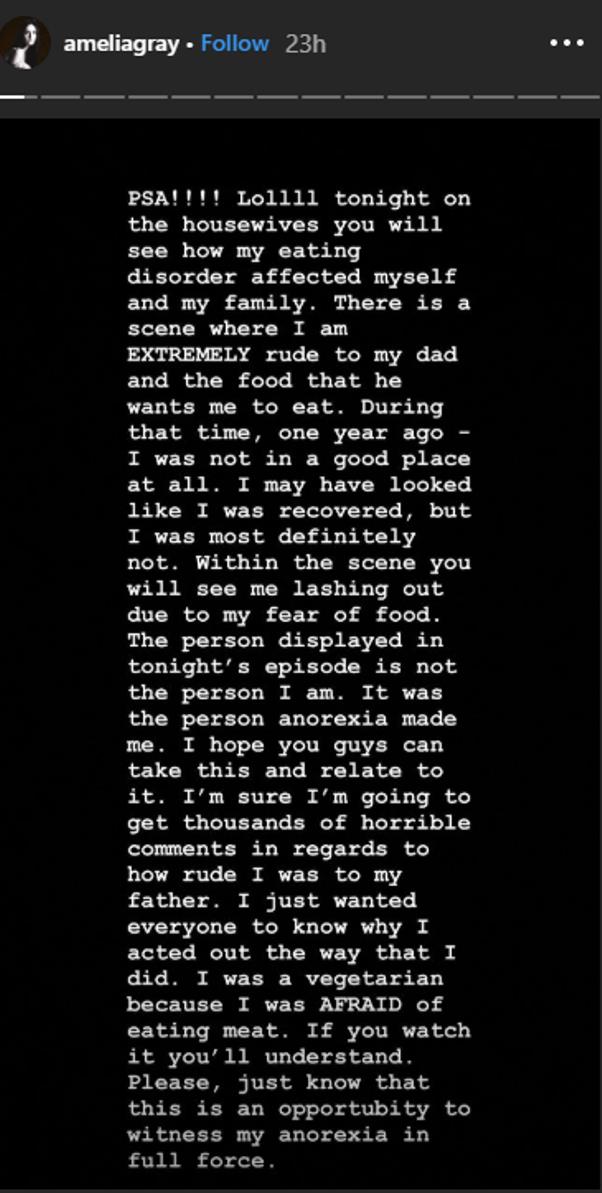 In a second Instagram Story, Amelia points out that it was hard for her to watch the scene, as her battle with anorexia is one of the toughest periods of her life.

“I was so blind to how trapped I was, and how different I acted. It’s not easy having to relive these moments but I’m just hoping this experience will make me stronger and appreciate how amazing it truly feels to be 100% RECOVERED AND HAPPY,” she ends her post.

She also notes that hamburgers are now a weekly occurrence in her diet. 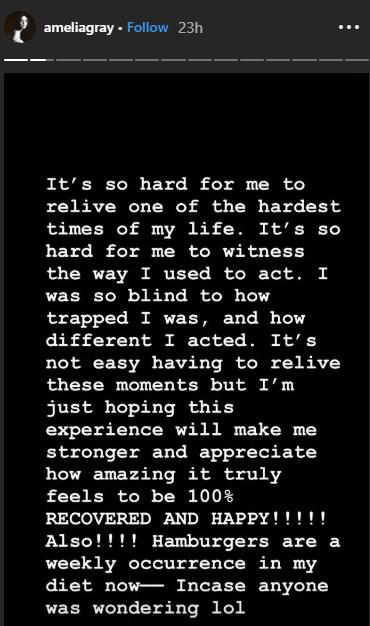 Fans have followed Amelia on her modeling journey and there have been rumblings about her getting a reality show with her sister, Delilah Hamlin. Amelia has been vocal about her eating disorder struggles, including sharing before and after photos to show how anorexia has affected her life.