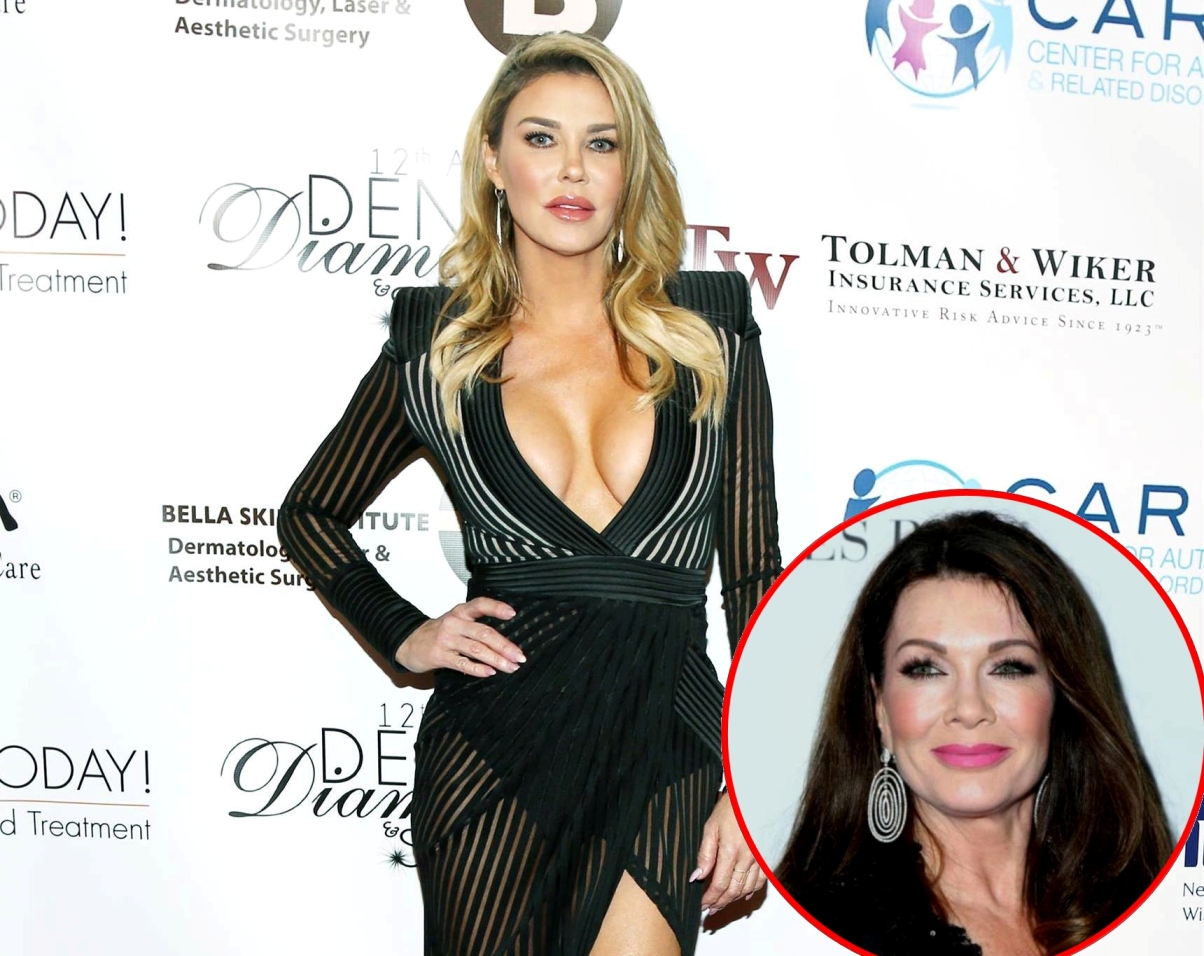 Brandi Glanville had a short-lived friendship with Lisa Vanderpump during her first couple of seasons on The Real Housewives of Beverly Hills before she says she was turned into one of her “minions.”

During a taping of the series’ After Show last week, Brandi opened up about the ninth season of the series. She explained why she was so infatuated with the restaurateur during the early moments of their friendship.

“It’s not about a dog. Let’s be clear. It’s about friendships and Lisa manipulating people and finally having to take ownership for that,” Brandi explained of the recent episodes.

Brandi joined the RHOBH cast during the show’s second season in a “friend” role, and she was upgraded to a full-time housewife the following year. Right away, she and Lisa established a close-knit friendship.

“Lisa is intoxicating. She’s the smartest person I know,” Brandi explained, admitting that she, “fell in love with [Lisa] in a weird way.”

According to Brandi, she gravitated to Lisa mainly because no one else from the show talked to her. However, she quickly came to feel like she was nothing more than a pawn in Lisa’s game against her co-stars.

“She kind of rescued me like I was a dog from Vanderpump Dogs and she’s like, ‘I’ll take care of you and take you under my wing,’ and then, ‘Do what I say b***h,’” Brandi recalled. “It’s hard when you’re against all the women and no one likes you and the most perfect, beautiful witch comes in and she’s like, ‘Oh my God,’ and you’re like, ‘I’m with the queen.’ Everything is perfect.”

After establishing a friendship with Lisa, Brandi said Lisa ultimately used her to do her dirty work. When she tried to come clean about Lisa’s manipulating ways, she was booted from the series.

“Everything is perfect all of the time. And if one little thing isn’t perfect, she loses her mind,” Brandi explained. “She has to make it perfect and then you become one of her minions and then you realize it and you try to tell people and you’re out.”