A Double Shot At Love Star Alysse Blasts Vinny on Twitter! See Her Shocking Tweets, Plus Did Vinny Hit on Maria? 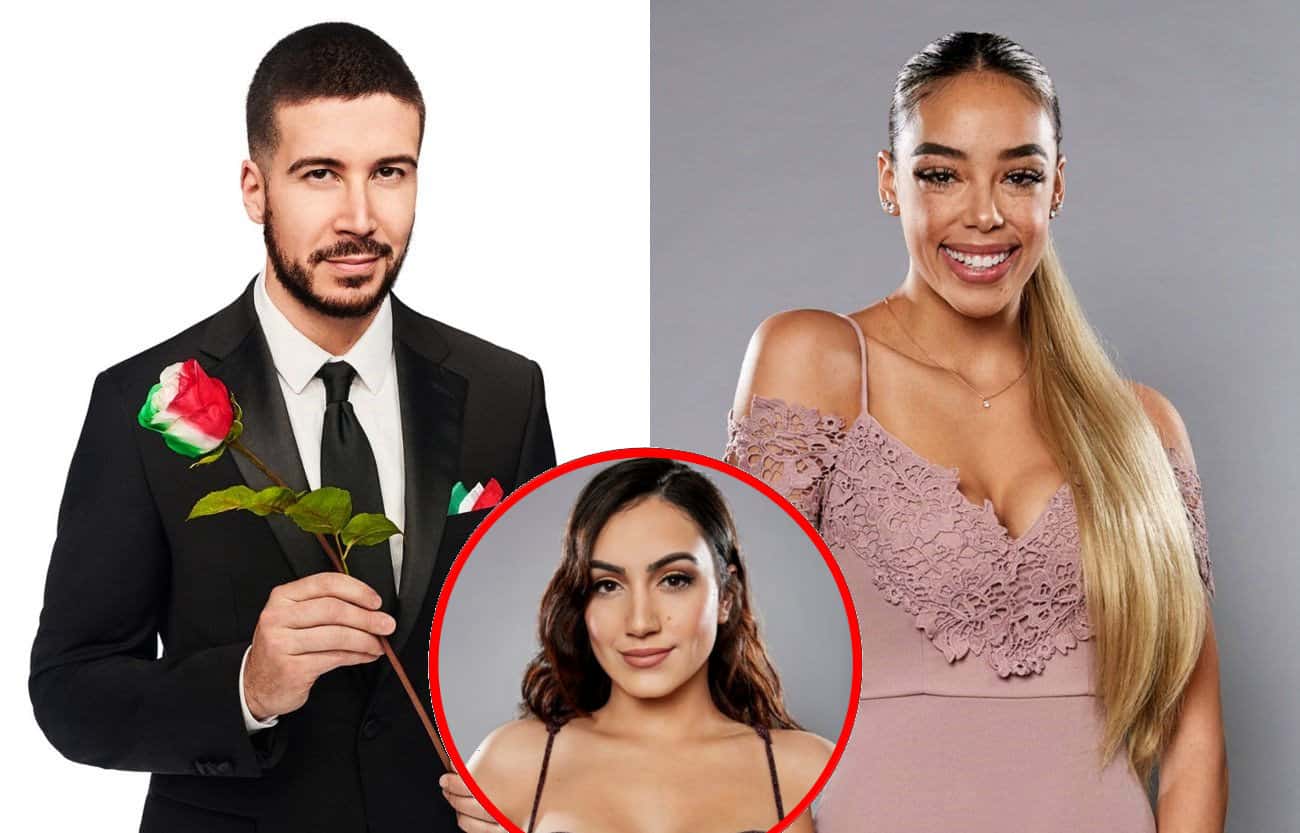 This season of A Double Shot at Love might have ended, but the drama is just getting started following the dramatic reunion this week.

As most fans of the show saw during the finale,  Jersey Shore star Vinny Guadagnino picked Alysse Joyner as his winner, out of all the women who competed, but the relationship ended just weeks after filming ended.

According to Alysse, things with Vinny were great for about five weeks. However, she felt the need to to end the relationship after Vinny stopped responding to her texts. Vinny however tried to blame his lack of communication on the show rules, stating having to keep their relationship a secret, until MTV aired the finale, was difficult.

“Unfortunately, Alysse and I weren’t allowed to see each other publicly after filming for 5 months until the finale aired to not spoil the ending.Very weird situation to be put in after the finale,” he tweeted. “I struggled to keep it alive through text.Still think she’s amazing. Wish her the best.”

Alysse didn’t take too well to Vinny’s tweet and responded with one word, writing: “BULLS–TTTTTTT.” 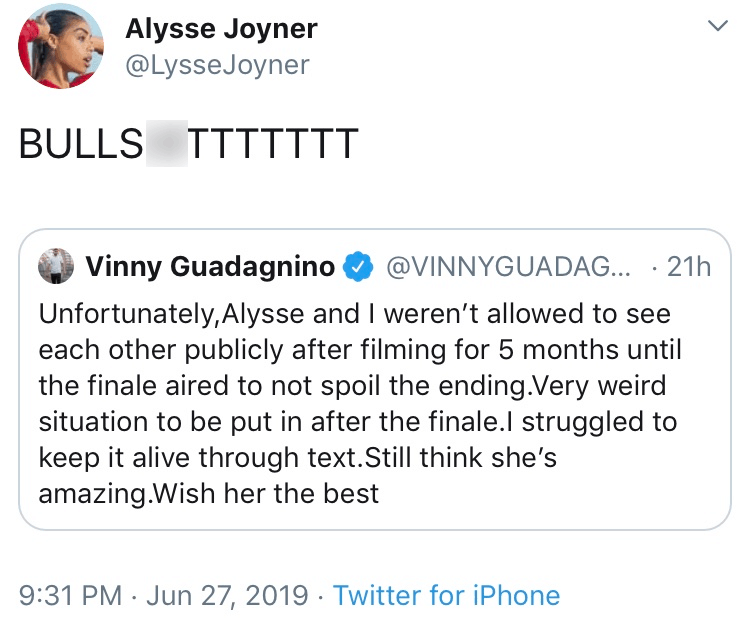 Alysse wasn’t done yet as she then blasted Vinny, implying he was being fake and phony about his feelings for her.

“If you liked me soooo much you would wanna text me, nothing that came out yo mouth made sense, sound stupid. @VINNYGUADAGNINO,” she tweeted. 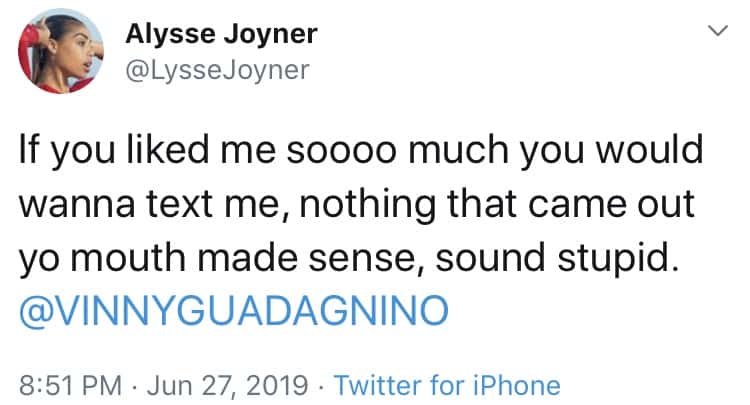 Finally, Alysse also clapped back at fans of the show who felt that she should give Vinny another chance. During the reunion tell-all, Vinny appeared to imply he would be open to giving their relationship another shot. Alysse however fired back stating he didn’t even talk to her backstage. 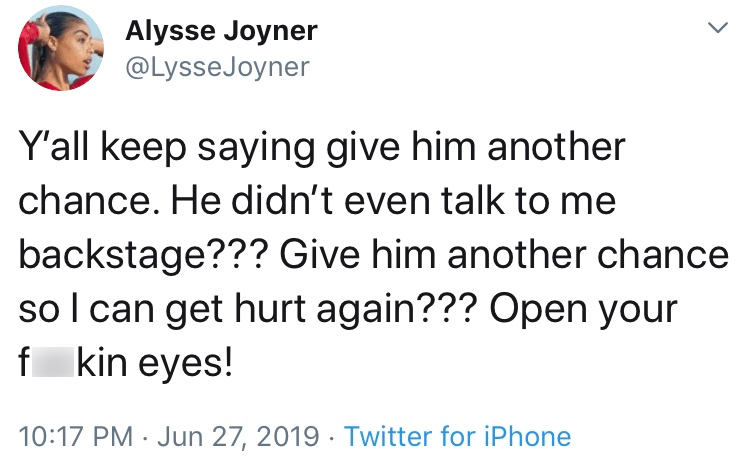 As for the rumors that Vinny tried to hit on Maria Elizondo following filming, something Vinny reportedly claimed was innocent during a part of the reunion that didn’t air, several cast members appeared to confirm that Vinny did indeed slide into Maria’s DMs (Direct Messages on Instagram).

Maria herself dropped a hint on Twitter after a fan asked her if Vinny slid into her DMs and if they hooked up. She only denied the hooking up part.

Maria also dropped some more tea when she questioned Vinny’s excuse about not being able to keep in touch with Alysse as she says Vinny has been seen with another woman in recent weeks.

TELL US – THOUGHTS ON ALYSSE’S TWEETS?