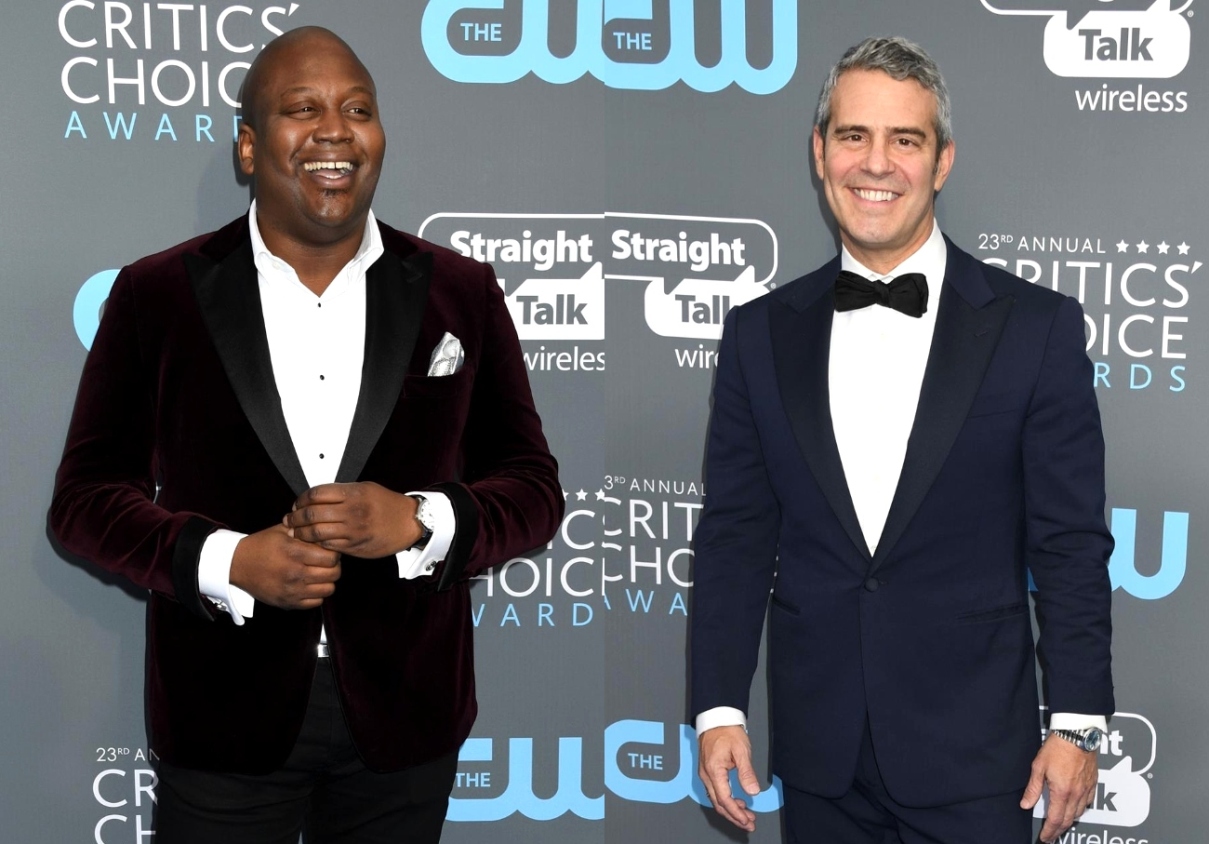 Tituss Burgess slammed Andy Cohen on Instagram on Monday after appearing on the July 28 episode of his late-night talk show, Watch What Happens Live.

After the Real Housewives creator questioned Tituss about his time working with Eddie Murphy on the upcoming film Dolemite Is My Name and reminded Tituss that Eddie was once “very problematic for the gays,” Tituss labeled Andy as a “messy queen” for bringing up “old rumors.”

During Sunday’s show, Andy asked Titus if he was close to Eddie, and he seemingly gave a nod to Eddie’s past use of anti-gay jokes, which he apologized for in the ’90s.

“He wasn’t problematic for Tituss,” Tituss replied in the clip posted below. “We had a wonderful time. We talked about Dreamgirls. He should’ve won the Oscar, I believe.”

According to Titus, any issues Eddie may have had with the gays must be a thing of the past “because he loved me.”

“What are you saying, Tituss?” Andy then asked.

“Keep going, girl. Do your show,” Tituss responded, looking visibly agitated. Following the show, he took to Instagram to call out Andy.

“She can be a messy queen! Yes I said it! Don’t care he knows either! He should remember his talk show isn’t an episode of The Real Housewives of Atlanta! It’s a place where artists come to talk about art and have a little fun. NOT a place to rehash old rumors or bring a star negative press,” Tituss wrote in the comments section of a recent Instagram post. 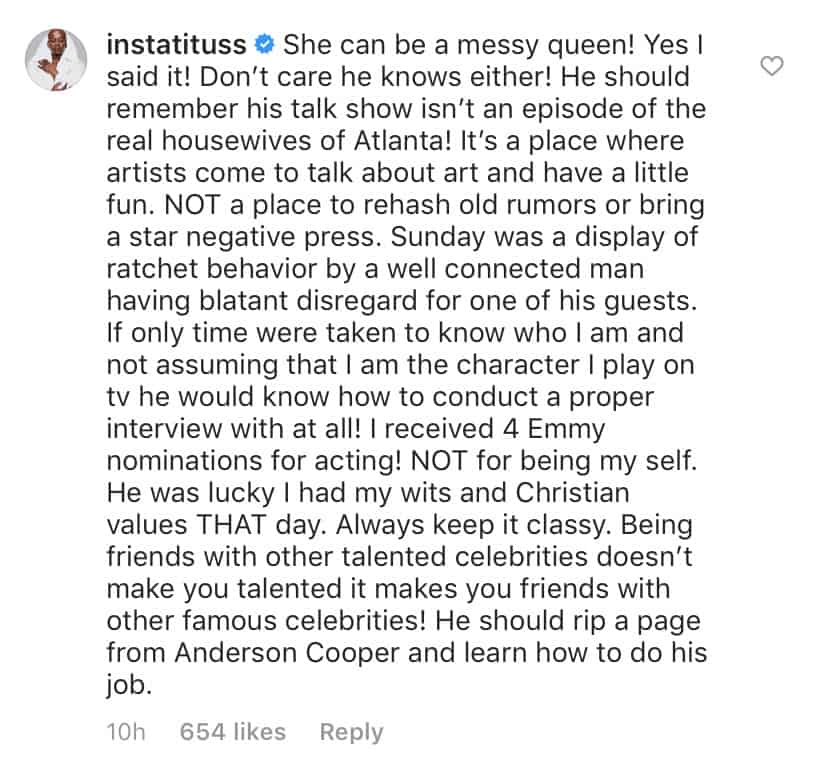 Tituss also slammed the host for his “ratchet behavior” and “blatant disregard” for one of his guests.

“If only time were taken to know who I am and not assuming that I am the character I play on tv he would know how to conduct a proper interview with at all! I received 4 Emmy nominations for acting! NOT for being my self. He was lucky I had my wits and Christian values THAT day. Always keep it classy,” Tituss continued.

Following Tituss’ rant against Andy, a source close to the production of Watch What Happens Live told BuzzFeed News that Tituss’ comments about Andy were “truly unwarranted.”

“He wasn’t having me,” Andy said, according to PEOPLE. “What can I tell you? From the jump. I was trying, but no idea.”

According to Andy, he first felt pushback from Tituss after asking him about his work on the musical adaptation of The Preacher’s Wife.

“I said, ‘Oh, you wrote the musical for The Preacher’s Wife.’ And then I said, ‘I didn’t know that, that’s a great idea.’ And he said, ‘You talked about it two other times on this show!’ And I was like, ‘Ugh oh…’ I think that was the first point,” Andy recalled.

“I’ve done 1300 episodes. Forgive me for forgetting you wrote the musical about The Preacher’s Wife,” he continued. “By the way, I still think it’s a great idea. I’m still excited to talk about it. I was being supportive. But yes, I had forgotten. I’m sorry that I forgot your upcoming project. I know I shouldn’t have forgotten. I like the guy. I ran into him at a bar in Harlem like, eight months ago, and we had a really nice talk. So I don’t know.”

“He made an entertaining show, I’ll tell you that,” Andy added. “Sometimes it’s fun to watch the show when the guest hates the host.”