Southern Charm Recap: Kathryn’s Skeptical of Ashley’s Apology as Austen and Madison Get Back Together 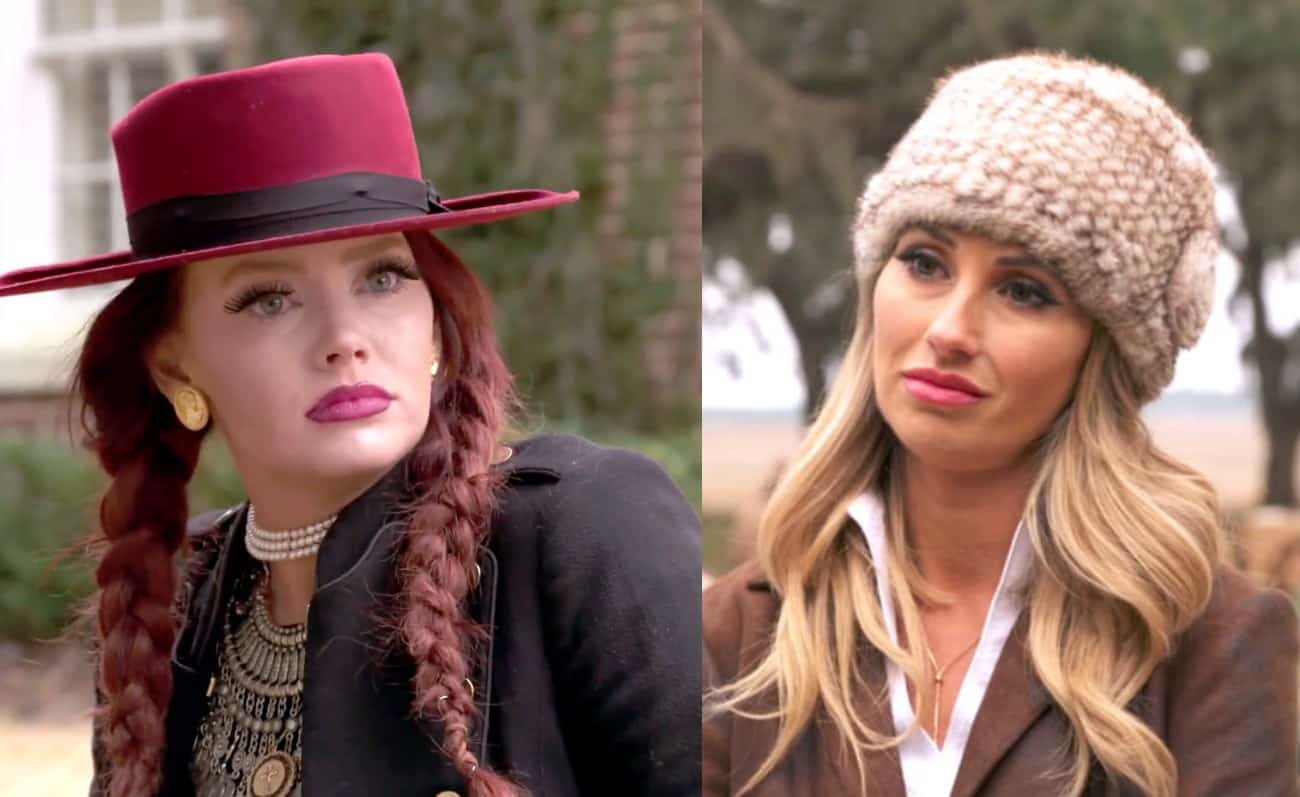 On this episode of Southern Charm, things get awkward and friendships may never be the same again…

Chelsea ‘s stylist clearly told her that hats are IN this season…either that or she’s prematurely balding? Also, how cute is Chelsea’s dad? The two meet up for lunch and discuss Chelsea’s sweetie and the hair biz. Chelsea explains that although going into business with Madison sounded like a good idea at the time, she’s second-guessing this concept after the Colorado trip, being that Madison has a screw (or ten) loose. One word: chlamydia!

Kathryn just came back from Nashville and is walking on sunshine. She tells Danni, “Yes girl and I’m in love.” Check out lovestruck Kathryn. Kathryn met Hunter, a “classic Nashville country singer” through friends on a recent trip to the city. Since then, he’s been sending her cover songs (how romantic). Danni listens intently as Kathryn spills that she has spoken to Madison since the whole chlamydia episode. Danni believes that Madison is sorry, but she still wants to keep her at arm’s length. In the midst of chatting, Eliza sends a text to the crew inviting them to a fox hunt. How classically southern of Eliza.

Speaking of Eliza…. Over at one of the many Limehouse hotels, Ashley breezes through the door, surprising Eliza. NO ONE looks excited to see Ashley because she is f*cking crazy. Ashley fills Eliza in on her chat with Naomie, and she feels hopeful that perhaps Kathryn will speak to her one day. This poor, poor girl. I love how Eliza is quoting the Bible from her cell phone. Because of her Christian hospitality, she invites Ashley to the upcoming fox hunt, despite a potential debacle occurring and because she needs a storyline this season.

Craig and Austen meet…at a bar. How was Austen able to break away from Madison’s leash?! Craig shares that he doesn’t think the whole relationship with Madison is healthy for Austen. He further proceeds to tell Austen who he should be mad at and why, and it just leaves everyone, Craig in particular, extremely confused. Why is Craig inserting himself into this?

Cool mom Cameran heads out to see Shep. Shep shocks the world when he doesn’t order a drink (three days dry!) and the two begin to discuss the whole Austen/Madison scenario. Cam swears that Madison has to “have something” on Austen for him to keep going back to her, but I think Austen is just lovesick…in the head. Shep scoffs and dishes that HE has stuff on Austen…a little something like this: “On Valentine’s Day, he spelled ‘Butt Stuff?’ in roses petals on the bed and she [Madison] said yes!” Now how am I ever going to look at them with a straight face?! GAH.

Kathryn’s ensembles are just getting more and more out of control. She lounges around in some white off-the-shoulder number and phones Danni to let her know the latest. Ashley texted Kathryn to let her know she’ll be attending the fox hunt, but don’t worry, she’ll keep her distance from Kathryn. What is wrong with Ashley?!

Airy Hall is the scene of the fox hunt. Eliza attempts to give us common folk a run-down of what exactly a fox hunt entails, but basically, all I got out of it is that there are hounds and horses and port wine and some sort of chasing mixed in with lots of drinking. Who really knows? Naomie and Chelsea are donning their fake fox hunt get-ups, but to be honest, the Tally-Ho idea sounds way more interesting. It appears as if they just sit in a wagon, get towed around following the hounds and the horses, and DRINK. That sounds hilarious and amazing.

When Ashley rolls up, the whole atmosphere changes, but luckily, the “fox hunt” lasts 14 seconds cause the hounds lose the scent of the fake fox. Good thing for the short hunt cause Danni and Kathryn show up late and legit miss the whole hunt. Naturally, Kathryn is dress inappropriately for the event, but that’s fashion!

Craig and Austen hang back so that Austen can tell him about his exclusivity with Madison. It’s a broken record. Much like the whole Kathryn/Ashley inevitable confrontation.

It doesn’t take long for Ashley to make things WEIRD. She finds Kathryn and asks her to step away from the crowd to discuss the past. Ashley tells Kathryn that what she said to her was “none of” her “f*cking business.” She claims that her family didn’t talk to her for a while because of the nasty comments she made to Kathryn. Ashley also states that she was Kathryn’s “biggest fan.” Wow. Imagine if she actually hated Kathryn?! What would she say about her then? Kathryn’s calling bullsh*t. Ashley begs for peace, and Kathryn retorts that she just wants to feel “safe and normal.” Ashley, in her creepiest, softest voice, wishes Kathryn the best and Kathryn does the same. And with that, the confrontation is over. Kathryn runs back to her friends and claims that the two women simply “can’t understand each other.”

Continuing with the awkward run-ins, Shep looks like he smelled something bad when Austen walked over to him. Austen wants to make things right again and gives Shep the bottom line: “Madison and I have decided to hit the reset button.” Shep cannot wrap his mind around Austen’s choices, and Austen attempts to explain that essentially, he is obsessed with Madison. Shep makes it clear he isn’t interested in being around the happy couple, and it’s kinda like the boys are breaking up. “It’s not you, it’s Madison.”