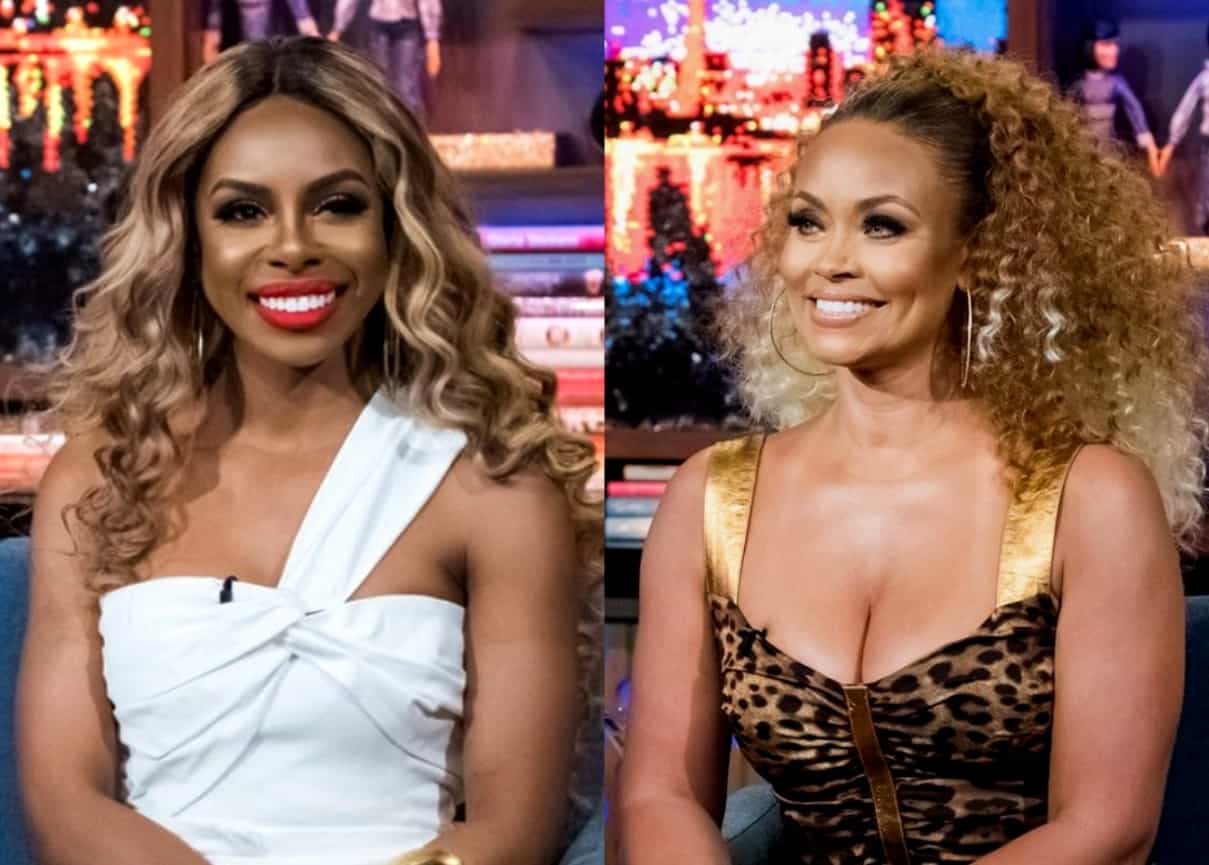 The Real Housewives of Potomac star Candiace Dillard doesn’t appreciate what fellow housewife Gizelle Bryant is saying about her budget when it comes to buying a home.

The 32-year-old reality star is looking to move out of her townhome and into some grade-A Potomac real estate along with her husband, Chris Bassett. But as we saw in last week’s episode, the $2.5 million-dollar home the couple looked at was on the higher end of what they could afford.

So how much is Candiace willing to spend on her new abode?

“It’s somewhere in the family of a million to $1.5 [million],” the reality star explained on Bravo’s After Show. “If it goes over, that’s what negotiating is for.”

“I want between 7 and 9,000 square feet. I’m looking for a Mediterranean theme so I need, like, the balusters that have the swirls in them and then going up the steps,” Candiace said excitedly.

Also on the After Show were Candiace’s RHOP co-stars Robyn Dixon and Gizelle Bryant who were shown cracking up at the idea that Candiace thinks she can afford a $2-million-dollar home.

“Who’s paying for this?” Gizelle asked through her laughter.

“So she’s trying to move from her, maybe, you know, I don’t know, $600,000-dollar townhome that her mother pays for to a multi-million-dollar home by herself?” Robyn asked sarcastically.

Gizelle then went on to reveal that she ran into Candiace’s mother, Dorothy, who allegedly helps Candiace pay for her current townhome. According to the 48-year-old housewife, Candiace’s mother claimed she was still paying Candiace’s bills. “She was like, ‘Girl, she asking me to pay for that too,'” Gizelle dished. “Yeah, it’s laughable.”

But Gizelle and Robyn seem to be the only ones laughing. Since the After Show clip aired, Candiace took to the comment section of @TheTeaofPotomac’s Instagram page to clap back at Gizelle’s dig by going after her new fixer-upper home that she showed some of the housewives in last week’s episode of RHOP.

“Now……Gizelle…as you attempt to rub your coins together to make a tear down look like a home…let’s not. And these lies. Dorothy ain’t say shit to you. Stay in your struggle and worry about where you gon live when your $900,000 cabin caves in @gizellebryant,” wrote Candiace.

Catch new episodes of The Real Housewives of Potomac Sundays at 8/7c on Bravo.