Home Don't Be Tardy Fans Slam Kim Zolciak as They Accuse Her of Letting 5-Year-Old Daughter Wear Makeup, See How the Don’t Be Tardy Star Fired Back

Fans Slam Kim Zolciak as They Accuse Her of Letting 5-Year-Old Daughter Wear Makeup, See How the Don’t Be Tardy Star Fired Back 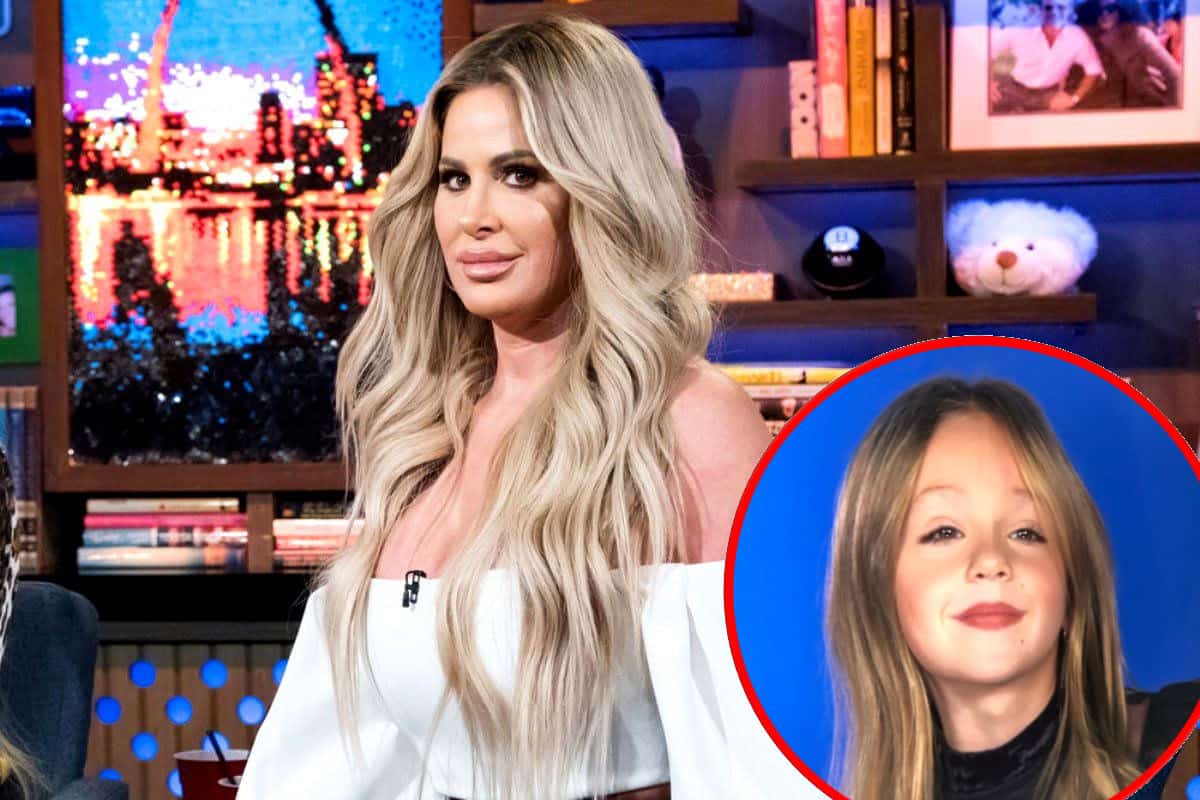 Don’t Be Tardy star Kim Zolciak faced criticism from fans after posting a picture of her youngest daughter on Instagram looking like she was wearing lipstick and eyeliner.

The larger-than-life reality star is no stranger to critics, whether they’re judging her lip size or her eldest daughter Brielle Biermann‘s string bikini. And after posting a picture of her youngest daughter Kaia, 5, sporting what appeared to be lipstick and eyeliner on her Instagram on Monday, she’s facing backlash yet again.

“Picture of the screen ❤️ where does the time go ????” the reality star wrote alongside the photo. “@kaiabiermann how are you 5 already?”

While the photo seemed innocent at first glance, many fans and followers had a lot to say about the Bravo star’s daughter.

“She also has eyeliner on just saying she’s a beauty without makeup and way too young,” one follower wrote in the comments. 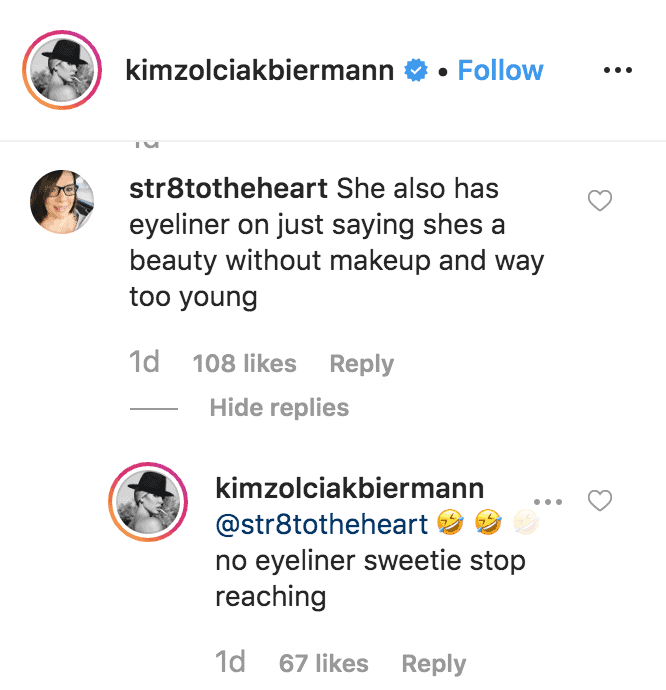 With a simple scroll through the comments, one can see countless opinionated fans offering up their criticism on the picture, which only prompted the mother-of-six to get more and more fired up.

Another opinionated follower wrote in the comments, “She’s gorgeous, but why is she wearing a bright red lipstick? I don’t even wear lipstick that bright.”

“It’s a TV screen color. [It’s] off and not accurate, but regardless, just because you don’t doesn’t mean others won’t,” Kim promptly fired back.

Some followers even began to question the true color of Kaia’s hair, wondering whether or not her hair was altered in the picture.

Along with Kaia, Kim’s other two daughters have had to deal with public scrutiny over the way they look. Back in March, Brielle had to explain herself after fans noticed her lips looked noticeably bigger than they ever did before.

Kim’s daughters’ looks are judged so much that Brielle has even made jokes about it on her Instagram page. “We went to the plastic surgeon and asked for the 3 for 1 special????” the reality star teased on March 18, 2019.

Season eight of Don’t Be Tardy is set to air on Bravo TV later this year or early next year.