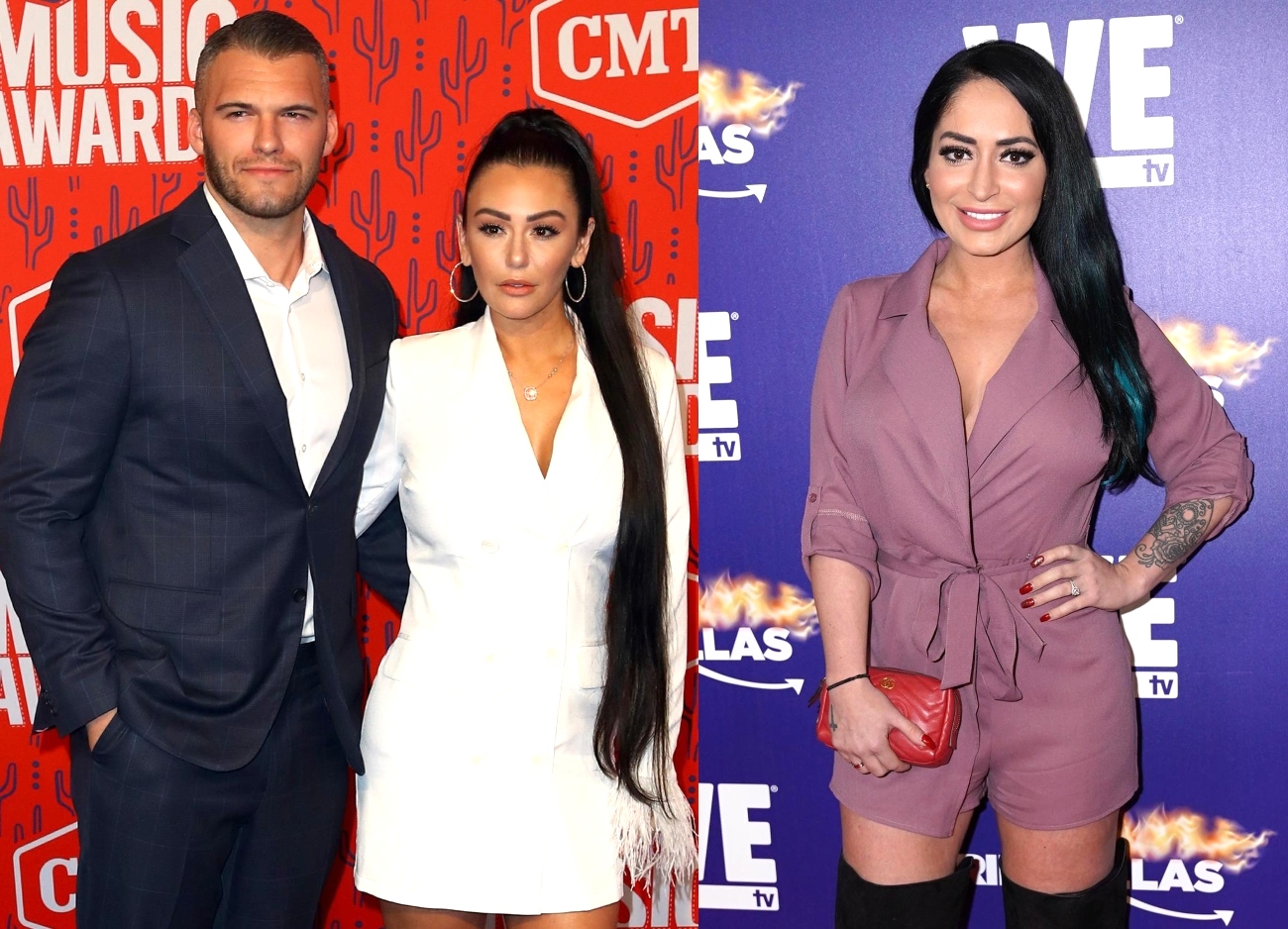 Jenni “JWoww” Farley and boyfriend Zack Carpinello are reportedly back on.

Just days after the Jersey Shore Family Vacation cast member called out Zack for being an “idiot” for flirting with her co-star, Angelina Pivarnick, on an episode of the show as she was passed out, Jenni was spotted at Universal Studios in Florida with the professional wrestler, who goes by the nickname “24.”

On October 21, Jenni, 33, and Zack, 24, spent their Saturday together at the theme park, where they rode on the Transformers 3D ride according to a report by TMZ. Jenni and Zack attempted to go incognito and donned a pair of baseball caps.

According to the outlet, Jenni and Zack are trying to work things out after splitting up last week as a result of shocking footage of Zack and Angelina getting flirty with one another during a night out with their cast members. However, when it comes to the title of their relationship, they don’t yet have one as JWoww is reportedly taking things day by day.

Following the episode of Jersey Shore two weeks ago, Jenni said she felt hurt and disrespected by Zack and publicly dumped him. The episode featured Zack grabbing Angelina’s butt and whispering in her ear while out at a club. This all happened right next to JWoww, who was passed out when this was going down. After that episode aired,  Zack shared a lengthy apology to his girlfriend on his Instagram page.

”I made mistakes that I cannot take back, which I take full responsibility for,” he wrote. “Jenni does not deserve any damage from anybody else. This is on me. I sincerely apologize to Jenni. I apologize to Angelina as well. I love Jenni, with everything I have, I make this known to be every day. I will continue to do everything to make this known to her and her kids, who also have my heart.”

“Who said I’m not mad at both?” Jenni replied. “Both are idiots but they instigated each other… only difference is Angelina gets to talk about it on the show… like if you were that uncomfortable tell me.. don’t tell others and text me how much fun it was.”

Oh ok that makes sense. Glad what you did was a joke, and u grinding on him was a joke… and u kissing him was a joke.. BUT when he joked back, you made it seem like he was a creep and destroyed him in interview. Got it. Makes total sense now. https://t.co/RGByAR5MKZ