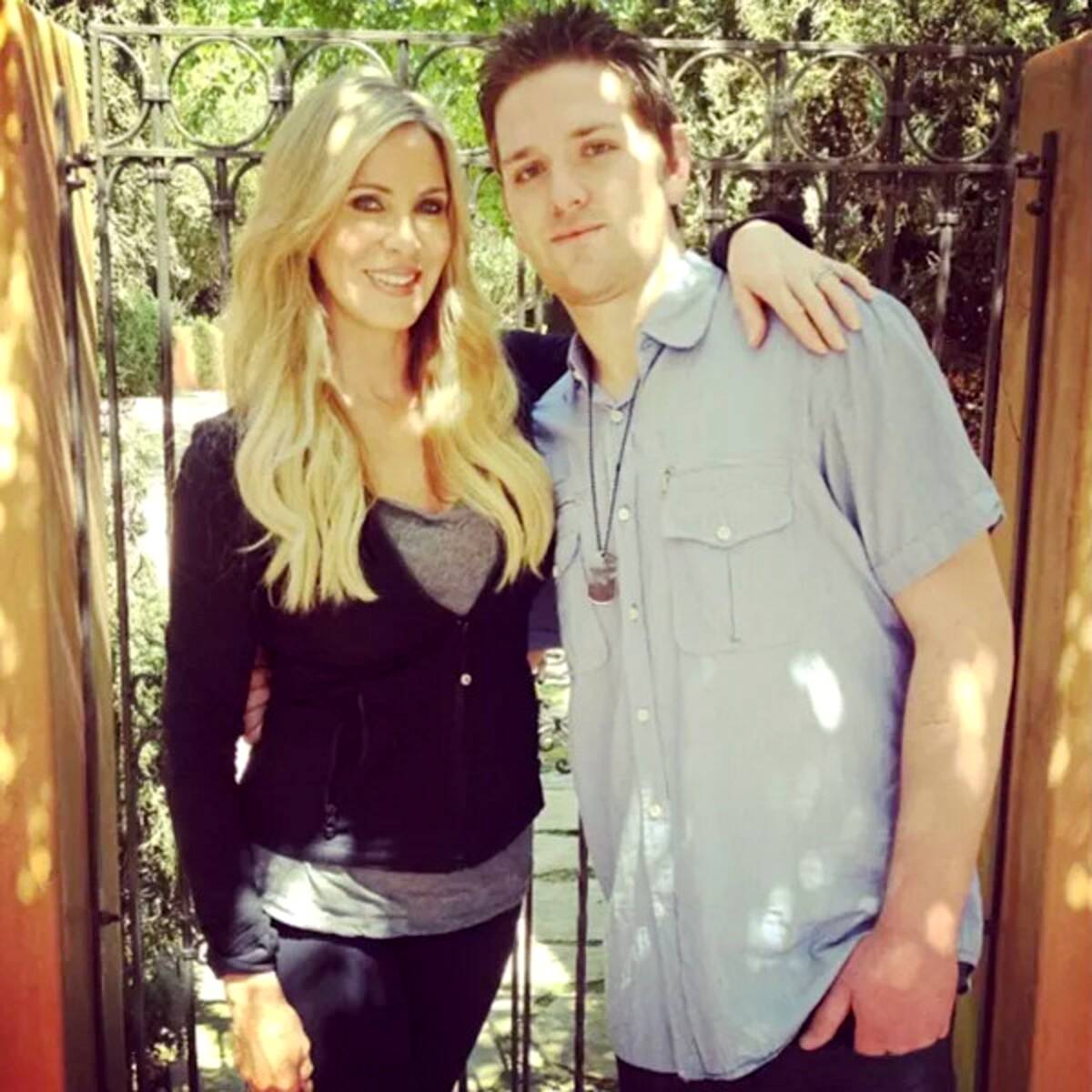 Lauri Peterson‘s son, Josh Waring, was involved in a vicious prison fight in October that left him with 20 stitches in his face and neck.

A year after Lauri explained why she refuses to bail out Josh, a jail surveillance video, which was shared on Saturday, showed the former Real Housewives of Orange County star attempting to fight back against a shirtless tattooed man, who came after him at the Orange County Jail in Santa Ana, California with razors hidden in a towel.

According to a report from TMZ on November 2, Josh was walking back to his cell after making a phone call on October 9 when he was jumped by the inmate. Although Josh was able to land a few punches, his attacker cut him deeply with the razors during their fight, which lasted for nearly 90 seconds.

After the brawl, Josh’s attorney, Joel Garson, said the ex-reality star was returning to his cell in the protective custody unit when the attack occurred.

Joel also said that when an inmate is making a phone call, all other inmates are supposed to be locked in their cells. Because of that, Joel believes the attack may have been in retaliation against Josh, who filed a lawsuit against Orange County and its Sheriff’s Department for violating his civil rights during his time behind bars.

In addition to the fight, the footage included Josh receiving medical treatment after the altercation.

In the later part of the clip, Josh was seen surrounded by deputies as he sat bleeding from the injuries he sustained and voiced his concerns over the possibility that the razors used in the fight weren’t sterile.

The Orange County Sheriff’s Department has opened a criminal investigation into the attack.

As RHOC fans may know, Josh was taken into custody in 2016 after being charged with attempted murder for allegedly shooting a man outside of a sober house in Southern California. He is facing life in prison. His mother Lauri has maintained he is innocent although she also explained last year that she refuses to bail him out due to his addiction issues.

“My commitment with Josh from day one when he started using drugs was, I will back you financially for anything that you need for rehabilitation,” Lauri explained. “But we all know that addicts, there’s a criminal element to it… Just purchasing drugs and possessing drugs, it’s a criminal act. So with that, of course, he’s been arrested many times and I told him I won’t help him with that but if he’s ready to get clean, I will put whatever funds into that.”

Josh’s bail is reportedly set at $1 million although it’s likely Lauri would only need to put up 10% of that amount to get her son out of jail.

Following the attack on Josh, his attorney told TMZ that they are considering adding new allegations to their lawsuit against Orange County and its Sheriff’s Department.