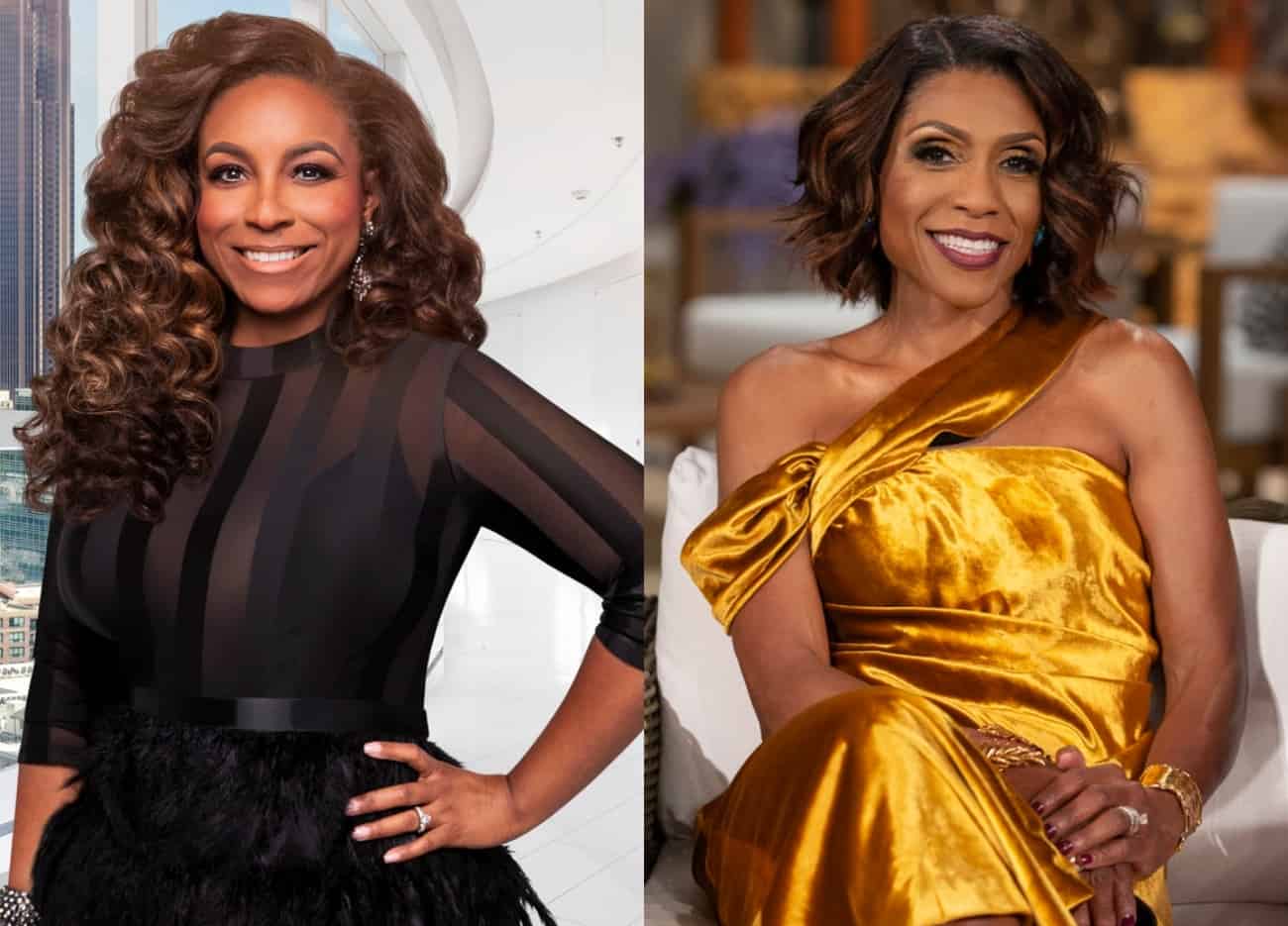 Married to Medicine star Buffie Purselle is taking new steps to become a mother while her costar Dr. Jackie Walters admits she made a mistake by speaking publicly about her fertility issues in last week’s episode.

After a long time of struggling to get pregnant, Buffie and her husband Dr. David Purselle announced that they’re officially going the surrogacy route during the Married to Medicine reunion taping that took place on Thursday, November 21.

“We’re so excited to become parents,” Buffie recently told PEOPLE. “A family is something that we have both desperately wanted for so long now. We made our decision and we couldn’t be happier!”

The Bravo star also took to Instagram to announce the exciting news.

“Surprise!! We are so excited!!” Buffie wrote alongside a snap of the publication’s headline. “Thank you @people for sharing our journey! Thanks @bravoandy @gabunion and @kandi for inspiring us! ???????? ????”

Buffie’s struggle to get pregnant has been featured heavily on the show this past season. The reality star even admitted to spending a whopping $200,000 trying to conceive naturally along with intrauterine insemination and in-vitro fertilization.

“We tried and tried, and we were successfully able to get pregnant six times, but unfortunately we had six miscarriages,” the reality star admitted. “Sadly, it didn’t [stick].”

According to Buffie and her husband, they’re currently seeking a surrogate through a program a friend turned them onto and will be using their five embryos, three boys and two girls “from years ago.”

Just less than a week before Buffy announced her exciting baby news to the world, her costar Jackie took it upon herself to announce that she was “infertile” during her book release party. And as we saw during the episode, Buffie was deeply hurt after such personal information of hers was announced to a room full of people.

But since the episode aired, Jackie has admitted she feels bad for what she did.

“I hate that it happened. You know, if I could definitely take it back and do it all over again, because I really was not aware what Buffie wanted to share,” the OBGYN explained to Bravo’s The Daily Dish about what happened. “And I can certainly say it isn’t my place to share. But after we had talked about it throughout the group I really thought it was OK.”

“And so, certainly being a physician, and, you know, a board-certified physician who takes care of tons of celebrities and people from all over the country, I would not have shared something like that had I thought it was not OK with her. You know, I am sorry. I should have asked her, and I hate that [it hurt her]. That is what definitely bothers me the most,” Jackie added.

After a clip of the episode was released before it aired, Buffy took to Instagram to express how betrayed she felt by Dr. Jackie.

“This was one of the most humiliating and painful moments in my life.” Buffie wrote at the beginning of her lengthy post on November 5. “I am proud that I was able to rise above my pain and embarrassment and conduct myself as the lady that my Mother and Grandmother raised me to be.”

Jackie also admitted that perhaps this misunderstanding was because she and Buffie deal with situations like infertility differently. For example, she uses her life’s story, like her battle with cancer, as a “teaching tool” and isn’t afraid to bare it all.

While Jackie didn’t realize how hurt Buffie was at the time she made the comment, she realized later how upset she was.

“My heart hurts when somebody is humiliated. Like, it’s just not my nature to humiliate like that. And so, if she’s humiliated or because she thinks she’s humiliated, I hate that,” Jackie said in response to Buffie’s Instagram post, which she hadn’t seen right away because she had been blocked. “I hate that I’m a person who caused her that kind of pain.”

Since reading the lengthy Instagram post, Jackie says she’s apologized for what happened on several occasions. And she admits that she’s not sure what else she needs to say to Buffie to make things right. As of now, the two are reportedly not speaking to one another.

“I can’t force the healing. You know, she has to take her time and heal. So, I’m not saying she’s not hurt. It’s in her own time,” the doctor explained further. “So you have to offer to do a sincere apology and then just allow that person to heal.”