Home Below Deck Below Deck Recap: Kate Lashes Out After an Intense Van Ride

Below Deck Recap: Kate Lashes Out After an Intense Van Ride 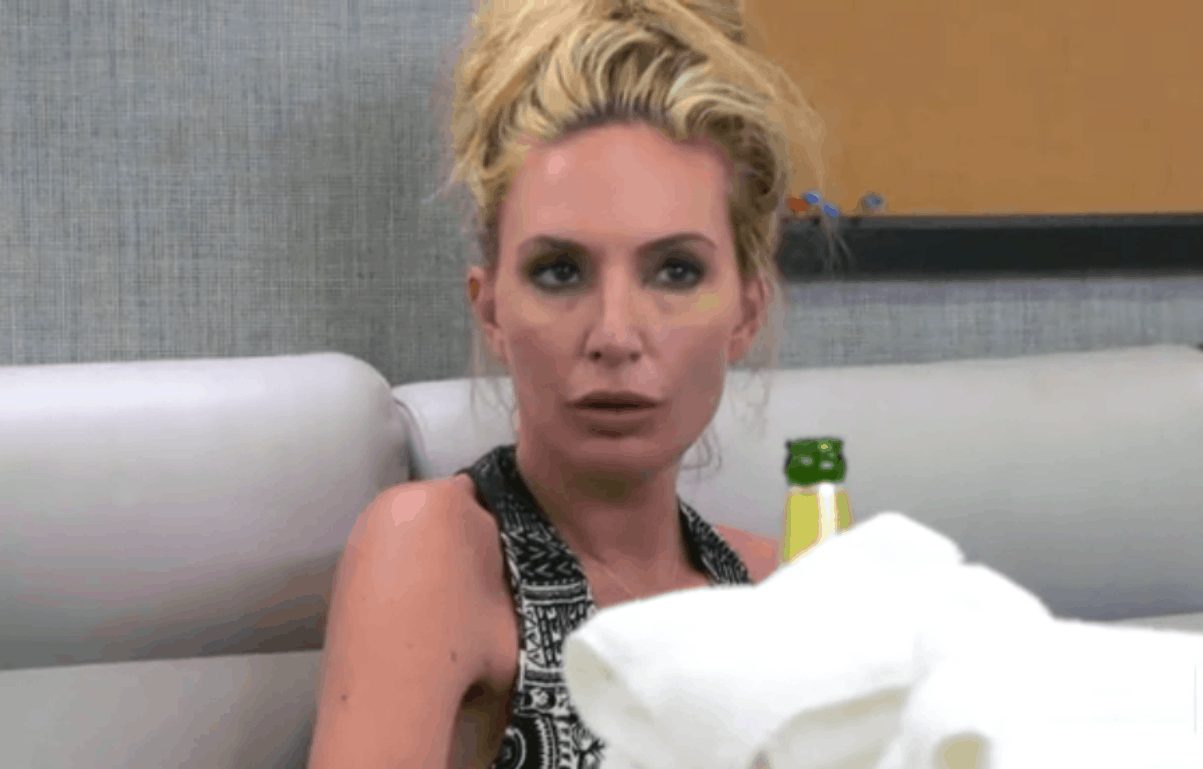 On this episode of Below Deck, everyone comes to the consensus that Kate is being a b*tch…but only one person actually says it to her face.

Simone has decided to confront Kate and let her know that she is disappointed in the way Kate has been treating her, but Kate doesn’t wanna hear it, anddd Simone can’t handle the truth. They are a dangerous duo. As Simone leaves crying post convo, Kate fills Courtney in on Simone’s displeasure. Once Kate heads to bed, Simone confides in Rhylee. The girl is falling apart at the seams. Rhylee half listens, half bashes Kate and sorta talks her off the ledge.

On the final morning of the charter, the guests are nursing hangovers and the crew is prepping for their departure. Things are a bit awkward between Simone and Kate, but here’s to hoping a night out makes it better.

Ashton is thrilled to have his entire crew back on deck…it only took half a season. And it’s a real shame that the charter is over now that they are fully staffed. As they bid farewell to the guests, they hop to the cleaning and countdown the seconds until the tip meeting. Evidently, Chef Kevin is a bit put off by the mediocre tip, but according to my calculations, they all get enough money to get incredibly intoxicated on days off.

Captain Lee has decided to send the crew to an elephant sanctuary: “Instead of washing the boat, you’ll be washing baby elephants.” Everyone seems pretty excited about this, but the crew gets even more amped upon finding out they will be spending their off day at a resort. #winning.

“Boo, boo?” OMG. That would be what Tanner’s mom calls him whilst on the telephone. I bet she wouldn’t be calling him that if she knew the things he’s been doing with Simone. Although, she did say “don’t get any hookers pregnant” before hanging up the call soooo…maybe she wouldn’t be surprised to hear about his sexual escapades.

The gang piles into two cars, after Kate and Kevin butt heads about a fridge (I mean, come on…), and off they go to hang out with some elephants. While in the car, Rhylee takes the situation into her own hands and straight-up tells Simone that Tanner has been telling everyone about going down on her. Simone is appalled, and she has no idea that in the other car, Tanner is bragging about it by saying, “Chow town, dudes!”

At the elephant sanctuary, everyone gets up close and personal with the elephants. They are playing and splashing around with the elephants (minus Brian, cuz #infectedknee) and it seems like a fun break from all of the drama on the boat. Simone promises that she won’t let Tanner get away with running his mouth and she stays true to her word.

Once back on the boat, Simone calls Tanner over to have a chat and lets him know that she doesn’t appreciate his kissing and telling. He apologizes and Simone forgives him. She doesn’t know that Tanner claims he isn’t “vibing” with her right now…yet that doesn’t stop him from getting drunk ALONE and then drunk texting Simone to come to his bed. When Simone rolls up, the guy’s already snoring. How pathetic of a situation for BOTH people. Plus, don’t get mad at Rhylee for telling Simone, Tanner, when YOU’RE the one who keeps doing it and spilling about it.

The next morning, everyone is stuck waiting around for Kate, yet again. After what seems like a very long time, they are on their way to the resort.

Looks like Tanner hasn’t learned his lesson. In the van, Tanner dishes that he woke up naked next to Simone. ‘Member when he said he wouldn’t share every detail with everyone? LOL. The resort is incredible. Everyone is hanging out and having a good time, but Rhylee and Kate are off by themselves.

Rhylee ogles Brian and tells Kate, “I would f*ck that puppy so hard.” Ew, Rhylee. She calls herself a hunter and I am sort of afraid where the night may lead. The crew is getting lit, and when two hired dancers from the resort come in to entertain, Ashton begins his “smashton” dancing and gyrating. Simone gets irritated when drunken Tanner starts body rocking with one of the dancers. She claims to feel disrespected and everyone else from the crew believes that Tanner f*cked up. Simone looks dumb as hell. I mean, Tanner kisses her one minute and then bumps and grinds against a poolside dancer the next.

Things take a turn for the awkward and Tanner attempts to make things right with “Sims.” To break up the fighting, it is suggested that they go watch the sunset at the beach. Brian and Kevin have a heart to heart on the shoreline, and they both agree that Kate has been unbearable lately. For instance, take Kate telling Chef Kevin “I will pay you to stop talking to me” as they bicker back and forth about paying drink tabs. I mean, it’s only a matter of time before one of these drunken fools unleashes on Kate.

After changing out of their swimsuits and beach gear, the crew gathers ’round for a group dinner. Simone is shooting daggers at Tanner and Brian pulls Tanner aside. He wants to tell him that his flirtatious behavior has gotten him in trouble, but it turns into a thing and now it’s almost like everyone is against Tanner and his drunken antics. Tanner realizes that it’s not good to “dip the pen into company ink” and doesn’t appreciate everyone telling him that he’s a jerk.

Later, on the ride home, Brian addresses something that had been bothering him. He simply says to Kate, “Please don’t call me a yachtie.” Brian sees that as a disrespectful term, but Kate, as usual, disagrees. When Kate asks what he thinks of her, Brian straight calls Kate a b*tch to her face. Kate is so annoyed that Brian spoke the truth (??).

Courtney calls herself an innocent bystander and Brian is upset to be in the middle of a dramatic situation. Ashton cannot believe his ears, but he knows that it was bound to happen. They all pile back onto the boat after a very long, very drunken day and Kate is P*SSED. Captain Lee is awake and is lucky enough to witness the wrath of Kate. She begins throwing some of the uniforms on the floor and Captain Lee excuses himself. He explains, “Come tomorrow we are gonna have a come to Jesus meeting” because let’s be serious. There’s no reasoning with drunk people.

Brian comes out and says he is sorry to Kate. She simply responds by saying, “Cool. I think we are done here.” In the mean-time outside, Ashton is going off about Kate and defends his subordinate for his word choice. Kate is not gonna let this one go…that’s for sure.