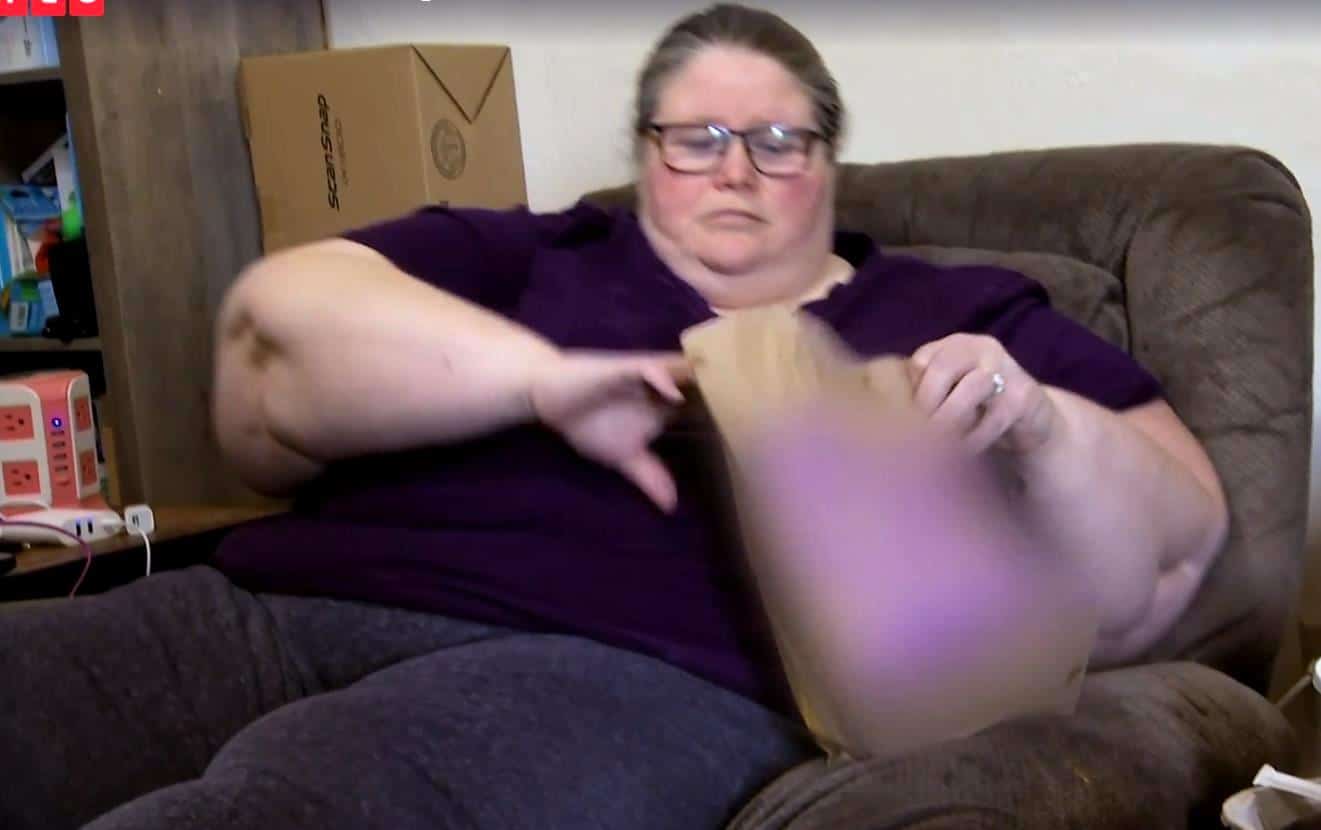 In this week’s new episode of My 600-Lb Life, we met Bethany Stout, a 40-year-old mother from Oklahoma who self-medicates her anxiety and depression with food.

Like many of the other people featured on the hit TLC show, Bethany relies on food to give her comfort when she needs it. Ever since she was a child, she would eat in order to feel safe as her mother suffered an addiction to painkillers. And after her mother attempted to commit suicide, she blamed Bethany for her wanting to end her life in a letter that Bethanny found. And as Bethany said on the show, it was the first time she turned to food to make herself feel better.

Bethany said she weighed 300 pounds by the time she was just 13. Then in high school, Bethany started dating a boy who was abusive toward her and even sexually assaulted her.  This led Bethany to rely on the comfort of food even more, getting to be over 400 pounds by the young age of 15.

Bethany subsequently started suffering from panic attacks (and even attempted suicide which she admitted later on in the episode) so her parents put her in a treatment facility. Bethany eventually came out of treatment and lived with her grandmother before she went off to college. Soon after, she dropped out of school and became a waitress at a pizza restaurant, which is where she met her husband, Sheldon.

By the time Bethany gave birth to her first daughter, Isabella, she was in the 500-pound range. Even so, she decided to put herself back in school and eventually got her master’s degree in counseling and psychology. She then started her own practice, counseling people with drug and alcohol addiction. It was the only time in her life she didn’t gain more weight.

But when she got pregnant with Zowie at the age of 27, she started gaining again and suffered from post-partum depression once she gave birth. During this stage in her life, she completely shut down and couldn’t even bond with her baby the way she would’ve liked to, leading her to turn to food for comfort.

On the show, Bethany’s two daughters, Isabella, 18, and Zowie, explained how they were growing more and more worried that they’d lose their mother and their best friend. But Bethany, who is over 600 pounds at this point, admitted that when her cravings come, there’s no stopping her and it’s the only thing she cares about in that moment.

“I don’t think about how I’m gonna die and how I’m gonna leave my girls without a mother if I don’t stop. But I can’t let that happen so I know and believe there has to be a way for me to get help,” Bethany explained.

But as viewers saw on the show, Bethany endured a painful drive to Dr. Younan Nowzaradan‘s office in Houston, TX and learned she weighed in at just under 608 pounds. From there, it took her nearly four months to lose enough weight to be approved for weight loss surgery.

But even after she got her stomach surgically reduced, she had a hard time losing weight, even though she insisted she stayed on Dr. Now’s diet. From there, the doctor told Bethany she had to start going to psychotherapy so that she could be healthy both physically and mentally and on a good track.

Sadly, by month 11 since her journey began, Bethany felt like the surgery was a failure, forcing her to be around food she couldn’t eat and enduring therapy she deemed unnecessary. So instead of going to her final appointment with Dr. Now in Houston, she hopped on a video call with him to tell him she didn’t feel the process would work for her moving forward and she wanted to take her journey into her own hands. In the end, Bethany weighed 502.2 pounds at her last weigh-in with Dr. Now, down from her starting weight of 608 pounds.

So, has Bethany continued on her path to losing weight on her own?

Today, Bethany is a self-proclaimed blogger and influencer for Parenting In Progress, a platform she uses to discuss her life as a mom. And on Bethany’s personal Facebook pages, she posts occasional pictures, showing off her weight loss journey.

It appears before doing the TLC show, Bethany had originally lost over 158 pounds on her own as on January 18, 2018, Bethany celebrated her one-year anniversary on the Nutrisystem program and posted a picture of her progress on her Facebook Page, resulting in a 158-pound weight loss.

Bethany’s My 600-Lb Life episode was, however, filmed in 2019 so it would appear Bethany gained back all the weight she lost at some point. 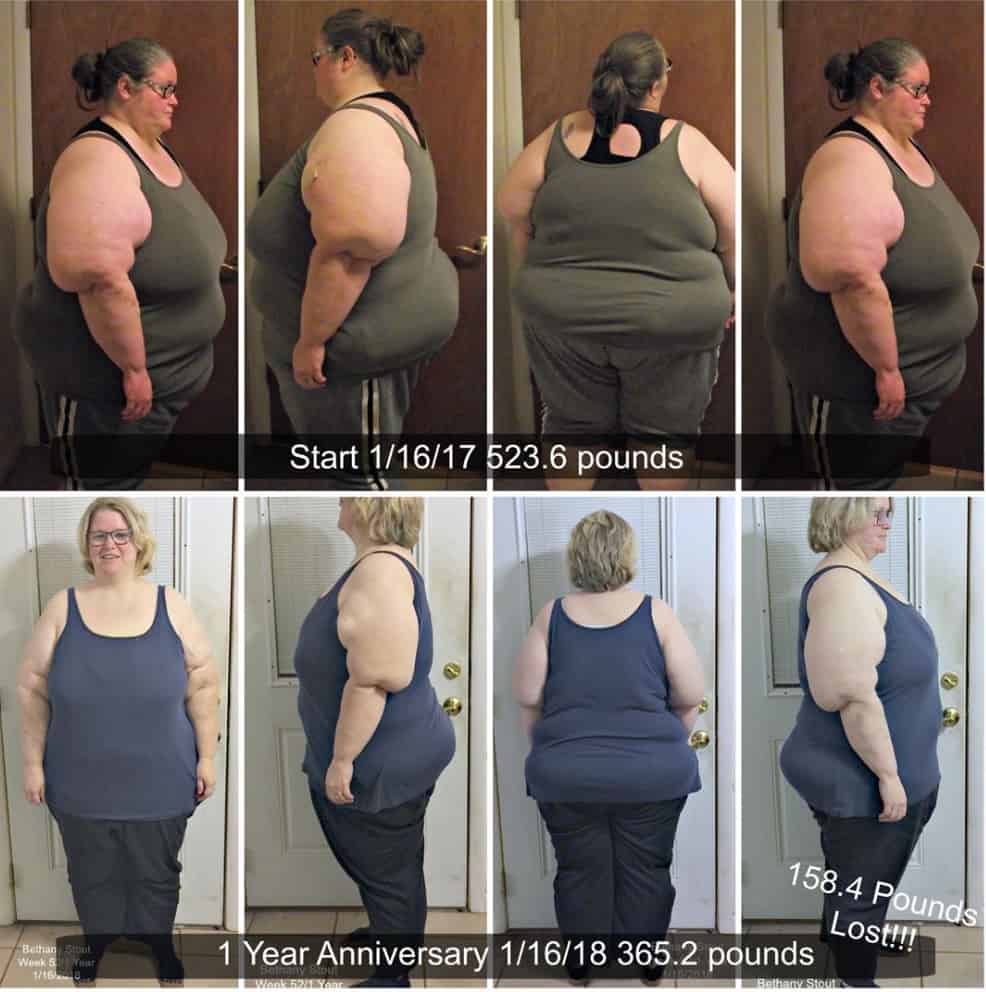 My 600-Lb Life’s Bethany Stout celebrates her one-year anniversary with Nutrisystem in January 2018.

The most recent photo we could find of Bethany is the picture below, which she shared on her personal Facebook page in December 2019. 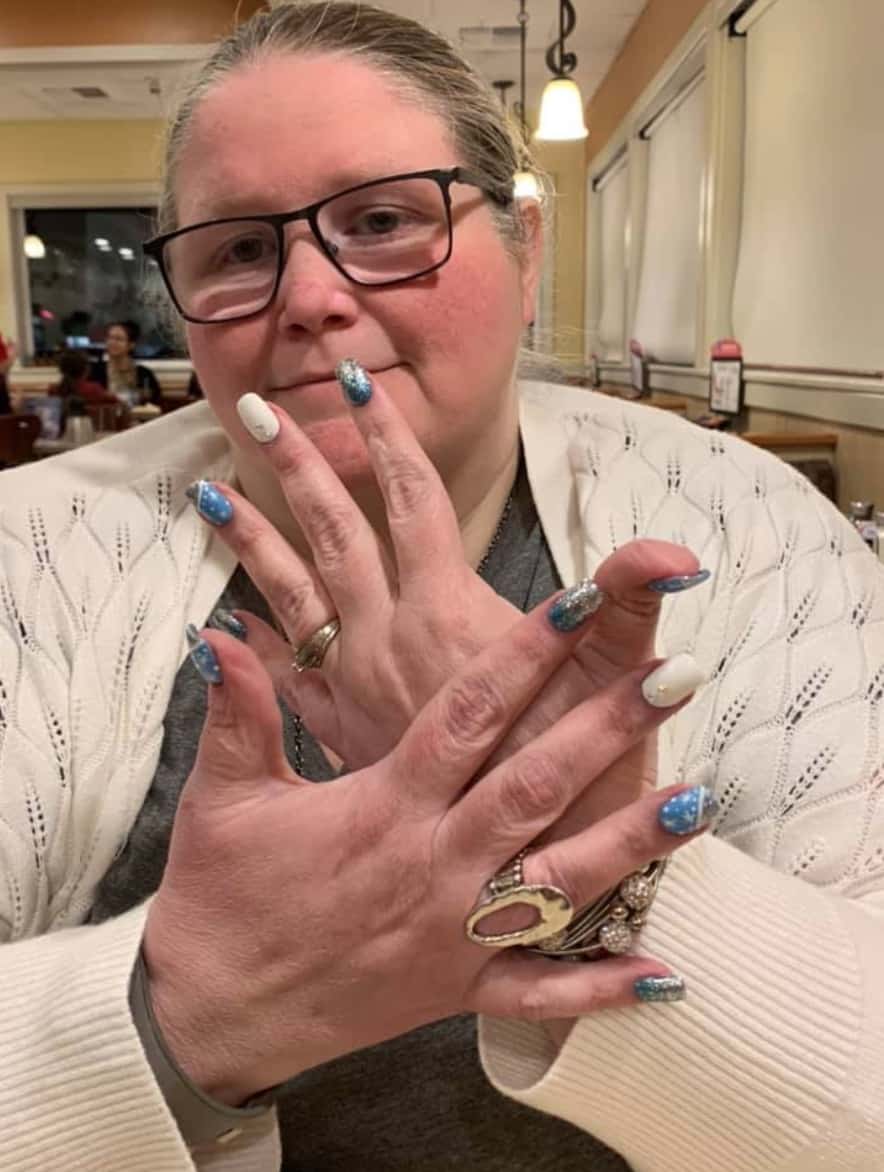 My 600-Lb Life’s Bethany Stout posts a manicure selfie on Facebook in December 2019.

Bethany is also pictured below with her husband and daughter in May 2019. 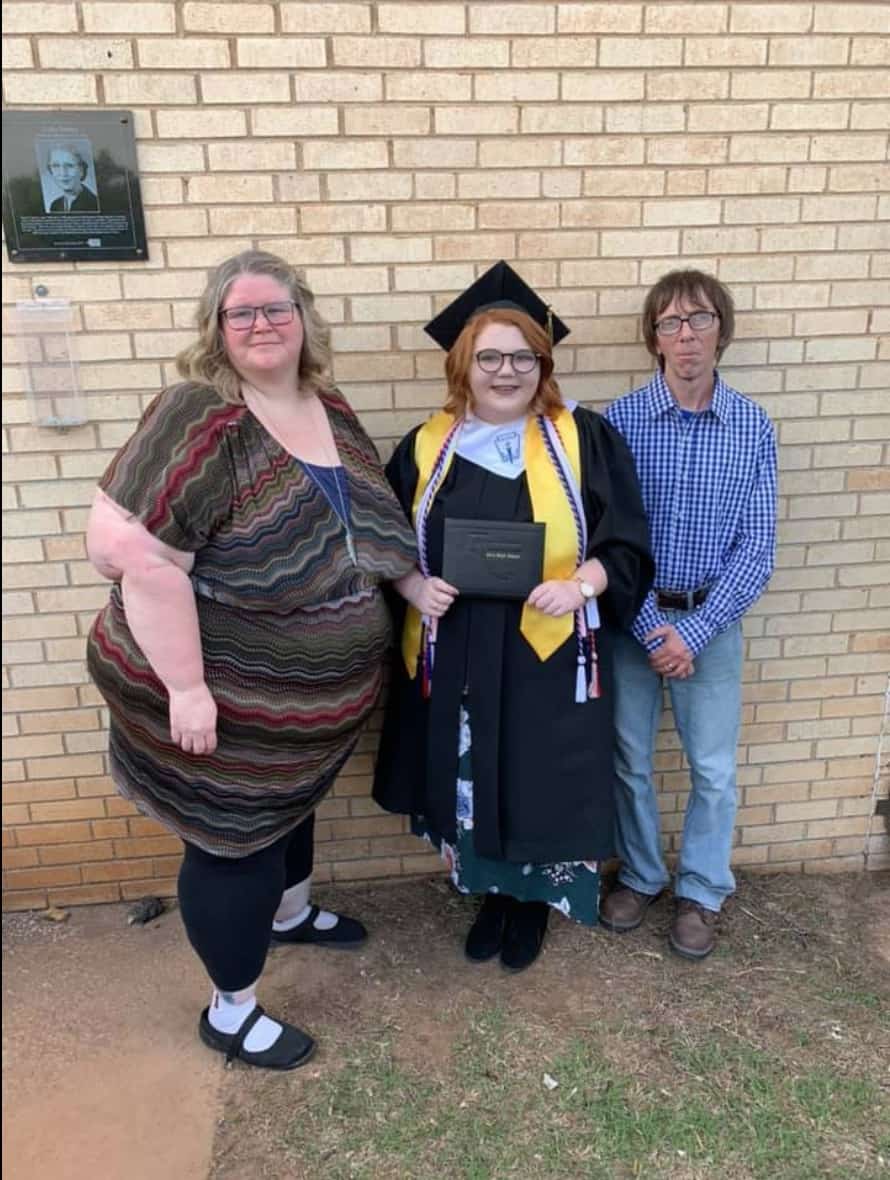 My 600-Lb Life star Bethany Stout poses alongside her daughter during her graduation in May 2019.

Find out how My 600-Lb Life‘s Lindsey Witte is currently doing on her weight loss journey here!

Watch new episodes of My 600-Lb Life every Wednesday at 8 p.m. on TLC.