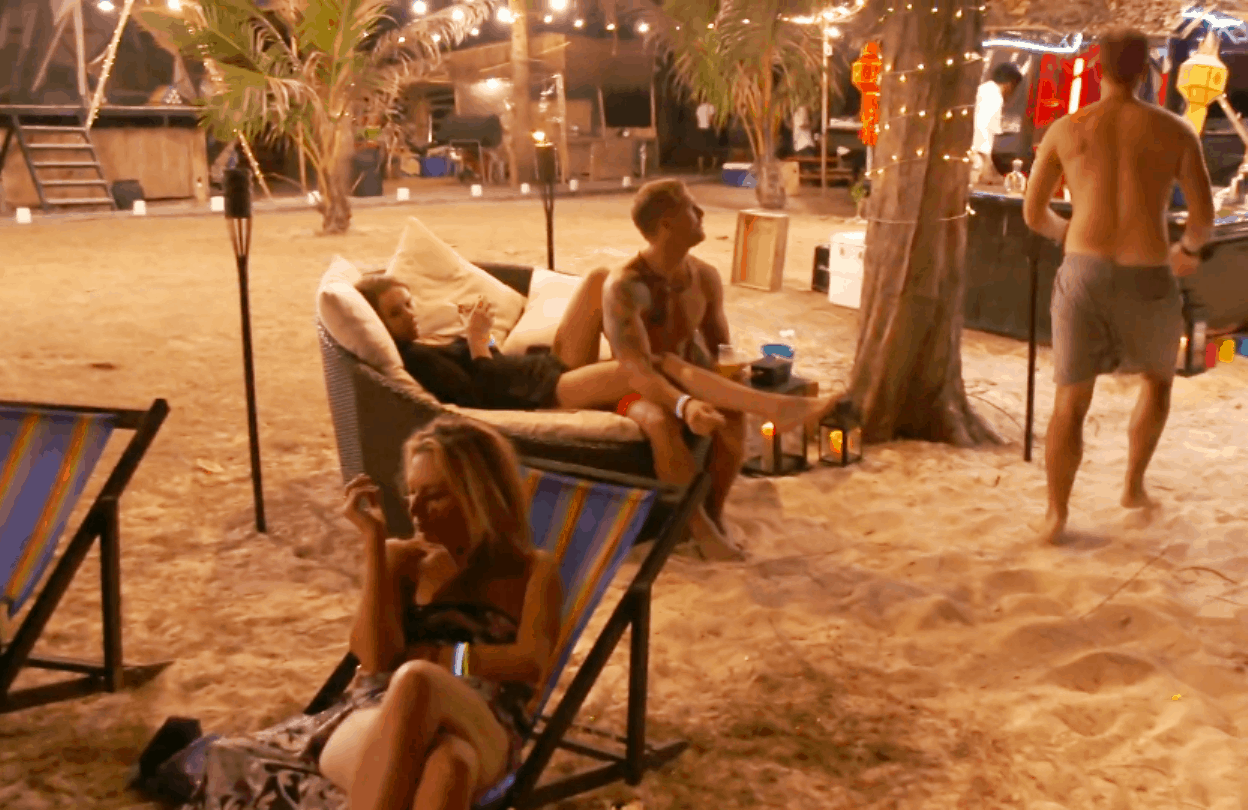 It’s the season finale of Below Deck. Here’s to hoping everyone behaves for the last night!

Watching Captain Lee eyeing up that large penis cake is absolutely classic. Could Kevin look any more mortified?! The primary who the cake was made for was sleeping…sooo things are a bit #awkward at the dinner table. Kevin is ticked because that was his last dessert of the season, and as usual, he blames Kate for the epic fail. Kate has no problem talking smack about Kevin’s “erect d*ck,” but everyone knows she legit set Kevin up for embarrassment.

Ashton holds a quick meeting with his deck crew in the hopes of squashing any beef Rhylee has with the guys. It doesn’t seem promising that those people are going to be able to keep it together for the final leg of this charter. BTW. Ain’t nothing is gonna make Tanner seem endearing this season…not even watching him FaceTime with his sweet mother.

Kevin confronts Kate and wants to know why she essentially set him up for failure, but once Kevin takes a low blow at Kate’s staff training, sh*t really hits the fan. Simone is LOVING this back and forth.

The next morning, Jemele, the primary charter and bride-to-be, is curious as to what went down as she slept…cough, cough… the penis cake. In the meantime, Ashton is hoping that the final night out as a crew will not end as badly as it did the last time they were all together. In order to catch it before anything can go wrong, Ashton powwows with Rhylee and it appears as though they are on the same page. Cheers to hoping everyone behaves.

Kevin is clearly trying to redeem himself with his breakfast, but the main issue is his fight with Kate. Kate refuses to talk to him until he apologizes to her. Maybe Kevin should take a page from Jemele’s book — she apologizes for missing the “cock cake” and Kev breathes a huge sigh of relief.

After popping a sh*t ton of champagne, it’s time to drop the charter guests off and wrap up the season officially. Everyone is donning their whites and prepping to say goodbye to the guests. A few hugs and chit chat, and then the envelope gets handed over. You can literally see dollar signs in the crews’ eyes.

The final tip meeting of the charter season brings some good news. Captain Lee is thrilled with everyone’s behavior and he doles out their tip.  Although the crew sees some beautiful places, you couldn’t PAY me enough to make that amount of money for that amount of work and drama.

Captain Lee lets the crew know that there will be a celebratory full moon party on the beach, which sounds like a fancy name for a rave. What do I know?! The crew hurriedly cleans up for the last time and gets ready for a fun night.  The girls vs. boys separation continues for the afternoon.  “Pink champagne for all the girls. It’s like a friendship bracelet, only better.” I couldn’t agree more. Over their champs, Courtney lets the ladies know that she has just been avoiding Brian like the plague and doesn’t really have any intention of mending their relationship.

The crew is PUMPED for their last night out. It is pretty incredible to have a private island all to themselves, but I am so confused by the erotica dancers. Wonder if Captain Lee handpicked those ladies? It’s kind of insane to watch the fire breathers, but not as wild as watching Brian trying to mend things with Courtney. Before you know it, they’re smooching and it appears as though they are back together, at least for the evening.

As the night wears on, the crew gets more and more drunk. It is almost painful to watch the wheels fall off and I love how there are subtitles for the drunken conversation between Kevin and Kate. Kate calls Kevin a faker, and when Tanner jumps to Kevin’s defense, he is only diminishing his chances of hooking up with Kate.

Tanner is SMASHED, but he is still trying to make things happen with Kate. The guy can’t even stand. Simone looks on in glee as Tanner gets rejected, yet again.

Hold up. Did Kevin just kick sand in Kate’s face?! Thank GOD Brian FINALLY stands up to one of his “brus.” Kevin legit can’t talk, but Kate won’t let the sand-kicking go. I mean, Kevin is basically a zombie…there’s no way you can fight with a guy in that state. OMG. Kevin is walking around butt naked and the crew is getting a big kick out of it. PS… Did Brian and Courtney stay in a guest quarter for the final night? Wooooo.

I am having a hard time siding with Kate. Do you think Kevin remembers kicking the sand?! The crew packs up and gets ready for their goodbyes. Simone is the first to go. She hugs Tanner (cuz she is over it, duh), fakes a farewell to Kate, and heads out.

Tanner explains that “striking out with Kate makes you feel humble.” He Jiminy-Crickets his way off the yacht and off he goes. Courtney is the next to roll out. She calls it “bittersweet” to say goodbye to Brian and I thought their goodbye was a bit underwhelming.

Kevin is fully clothed during his goodbyes, thank God. He doesn’t even want to say goodbye to the girls, which I think is a total d-bag move. Kate also thinks this is a bad look. What else is new?! When Brian leaves, everyone is just sad to see his good looks walk on by. Myself included.

It is evident that barely anyone likes or cares about Rhylee leaving…Ashton, especially. Kate is my spirit animal. Anyone catch her chugging her Corona? She gives zero f*cks and her goodbye to Ashton supports that. Kate is the last to leave the “challenging season.” Captain Lee calls his job the best in the world…but I bet he wishes he had better company as a crew. Ha!