Vanderpump Rules Recap: Katie Ends Her Friendship with Kristen After Fight in Miami 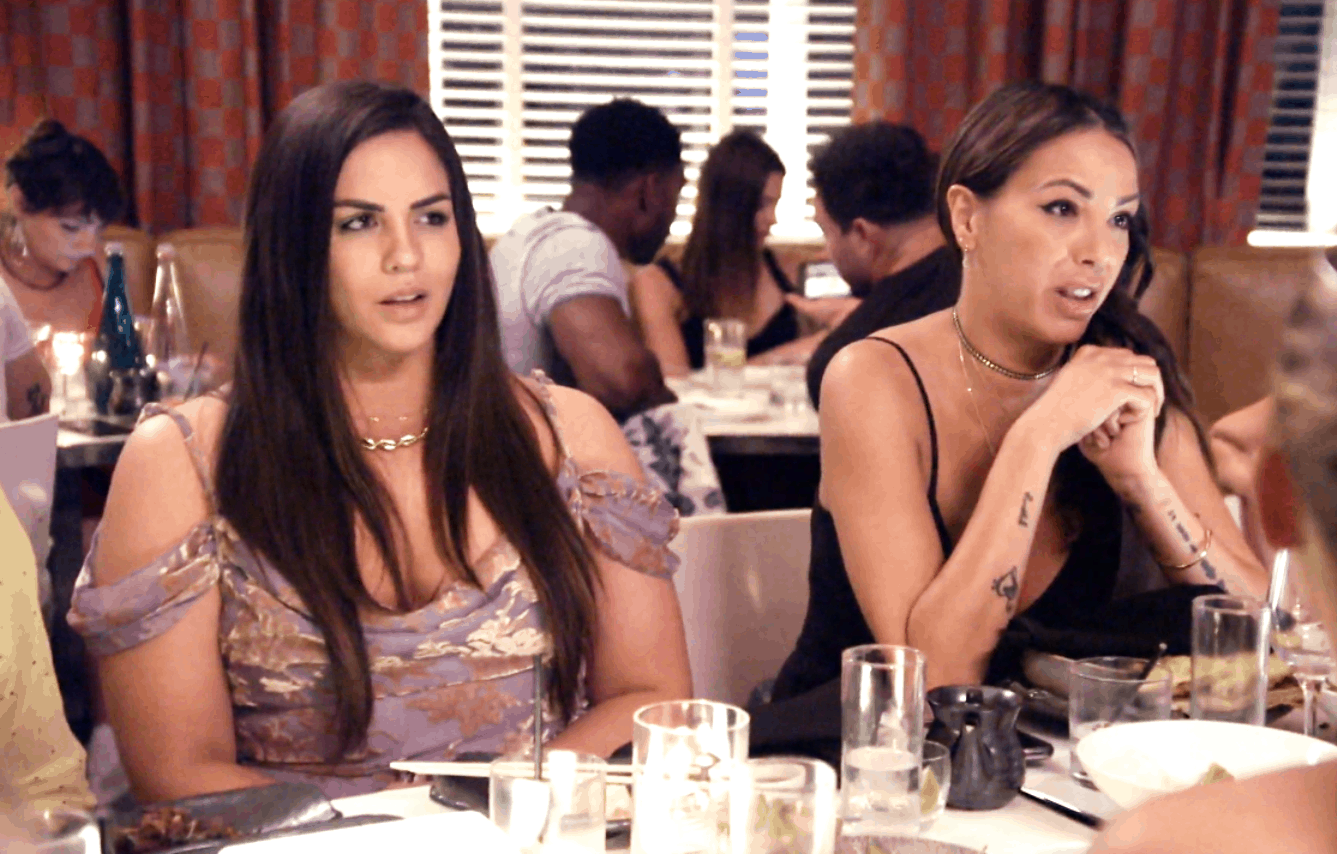 The joint bachelor/bachelorette party is wrapping up, but there are still two more nights of fun left on this episode of  Vanderpump Rules.

In Miami, the Kristen bashing continues, and she does her best to fight back by hitting below the belt. Kristen brings up the times when Schwartzie f*cked around on Katie, and before we know it, this bachelorette dinner in Miami turns pretty negative, pretty fast.

In the meantime, the guys are in the process of perhaps the creepiest transformations I have ever seen: they are turning themselves into old men using movie quality makeup artists. It. Is. Terrifying. Why must they insist on doing bizarro things like this for bachelor parties?!

Over in LA, LVP pops into SUR and gets Danica some screen time. Evidently, Danica is a SUR manager, therefore, they need to discuss the upcoming Pride Parade. Also, Danica just graduated “college 20 seconds ago?” I legit thought she was 38.

In an attempt to lighten the mood, the girls head out to the strip club. They are having a grand old time twerking and motor-boating the strippers until they catch a glimpse of the old geezers. The ladies are appalled and impressed by this display of mastery. The gang gets together and the night continues on.

While at the strip club, Debbie Downer Katie has decided now would be the perfect time to stir up some drama. She lets Schwartzie know that Sandoval has not been speaking kindly about him.

Max is manning TomTom while his “bosses” are away. LVP chats with him about Pride and Max drops a bombshell on her: James Kennedy will be DJing at TomTom the day of the parade. LVP is astounded by this information, but she decides that James will be their problem, not hers.

Some manager Danica is…taking a server off the floor to chat about MAX. Danica spills to Dayna that Max has led on and screwed over her friend recently. Seems like she is trying to warn Dayna of Max’s tendencies, but you never can tell if it’s just a jealousy thing with these girls.

Late at night, Jax gets stuck alone with a bitter Kristen. She rants and raves to Jax about how sh*tty the girls’ dinner was as Sandoval attempts to show Schwartzie just how dumb he is. Sandoval is the “king of the I’m sorry but.” Sandoval doesn’t like it when Schwartzie tries to call him out on his lousy behavior. When Sandoval screams that their business is literally on the line, they finally come to acknowledge they have different skill sets. They have a bromance moment, and it seems like all is better.

The next morning, everyone revisits their nights. Naturally, Katie is miserable while Schwartzie tries to butter her up. She is fired up about the whole Kristen and Carter situation and basically states she is OVER her friendship with Kristen.

Another day, another type of headgear for the bride tribe. I love how they are trying to have a serious conversation about Kristen whilst wearing those things, and they are totally boring the pants off of poor Brittany‘s outsider friends. Gotta love the drama.

Back in LA, when Max comes over to Dayna’s, she tells him how everyone’s been pretty nasty to her. Max admits that it’s probably because of him that everyone is being fresh to her. I am confused as to why women swoon over Max with his turquoise rings. Dayna seems like a smart girl. I wish she would see through this clown’s façade.

Later at SUR, Dayna is feeling the pressure. LVP is coming and will be sitting in her section. Thank GOODNESS Dayna has been studying her notecards with Max… Also, it is HILARIOUS how these new people are getting thrown into the scenes. Why does Brett have to get involved and deliver the “Sauv Blancs” to LVP and company?

It’s the last night in Miami and the Toms are back together. Wish we could say the same for the witches of WeHo. When Kristen sees Stassi alone, she goes in for the kill. She rants about Katie to Stassi, but Stassi doesn’t even care. Stassi reminds Kristen that she loves her and that she will be there for her no matter what. I am waiting for the “but,” yet Stassi seems pretty genuine in telling Kristen that they are still good. If Jax grew his facial hair back, I’d say this Miami trip was a 10.