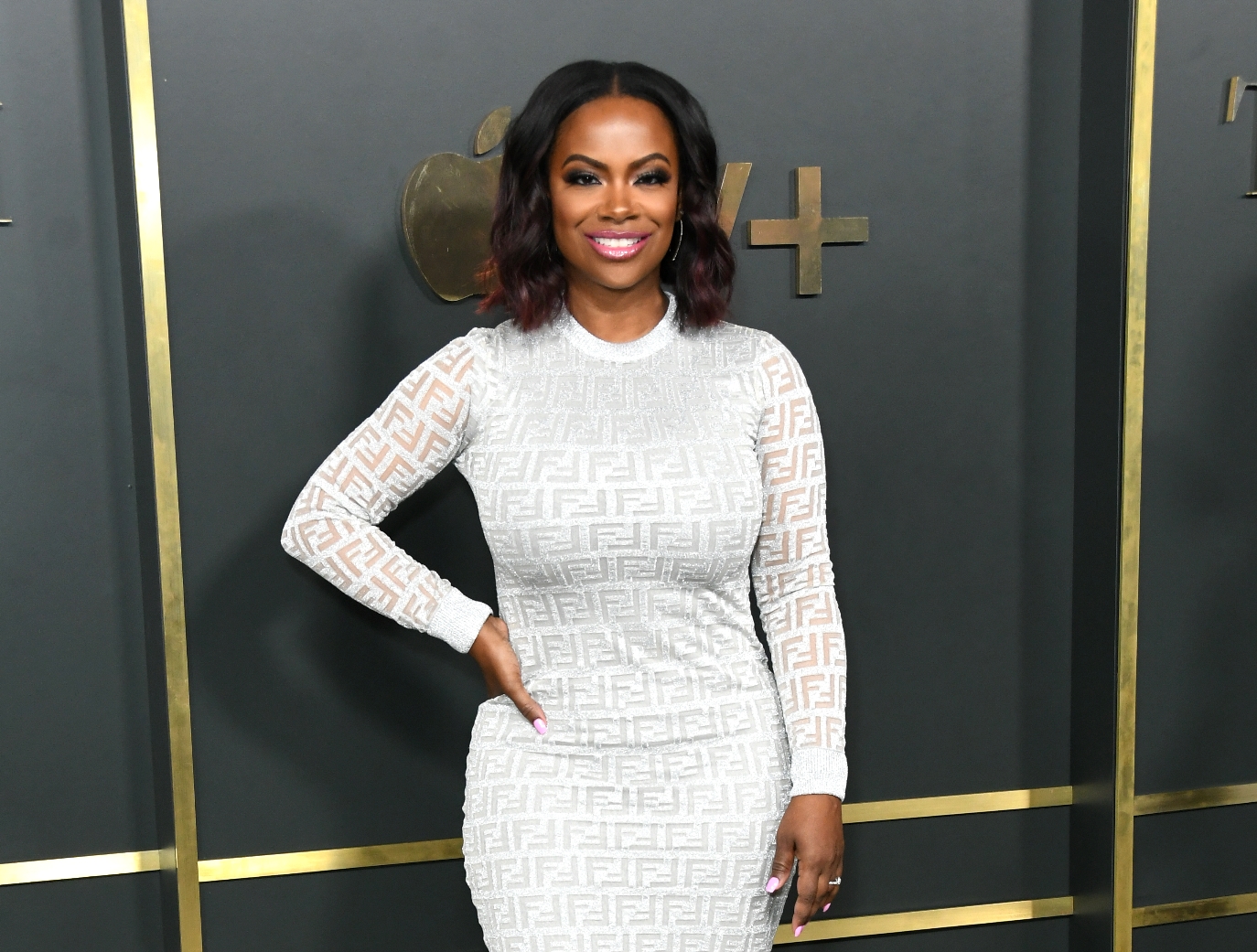 Three people were shot at Kandi Burruss‘ restaurant in Atlanta on Valentine’s Day.

As the Real Housewives of Atlanta cast member spent the evening with her husband, Todd Tucker, a triple-shooting took place at the Old Lady Gang restaurant in East Point, which Todd co-owns.

East Point police Captain Allyn Glover confirmed the incident to The Atlanta Journal-Constitution on Friday night, revealing that all three victims, whose names were not shared, suffered non-life-threatening injuries.

According to the report, a male suspect entered the Old Lady Gang restaurant and attempted to shoot another man but injured two bystanders in the process.

The suspect then left the restaurant and has not yet been found.

“We are actively looking for a suspect but do not have any further information at this time,” Glover said.

Ricka Franklin, whose brother works at Kandi and Todd’s restaurant, told Channel 2 Action News about the chaotic scene that erupted after the first gunshot was fired.

“While they were back there cooking and stuff, they just heard gunshots,” she said. “All of a sudden, the customers ran to the back where they were.”

Around the time that the incident took place, Kandi shared a Valentine’s Day tribute post to her husband on Instagram.

She and Todd also own a second Old Lady Gang restaurant in the Castleberry Hill neighborhood of Atlanta.

UPDATE – Kandi just addressed the shooting by posting the statement below on her Instagram page.

My family and I are truly saddened by the unfortunate events that occurred at Old Lady Gang (OLG) Camp Creek, on the evening of February 14th, an evening that was meant to celebrate love, unfortunately turned into something quite different. Our prayers and thoughts go out to the individuals that were harmed or in any way negatively impacted. We are aware that this matter is being actively investigated by law enforcement and we are cooperating with law enforcement to bring to justice those involved. As African-American business owners, it has been our goal to invest in our community by bringing jobs, quality dining, and a positive experience to the greater Atlanta area; we hope that you know and understand that the acts of violence that occurred yesterday evening do not, in any way, serve as a reflection of OLG or its values. We appreciate all of the love and prayers that have come our way and we encourage anyone with any information regarding any aspects of the events that occurred to please reach out to law enforcement as soon as possible.

In this article:Kandi Burruss, RHOA, Real Housewives of Atlanta