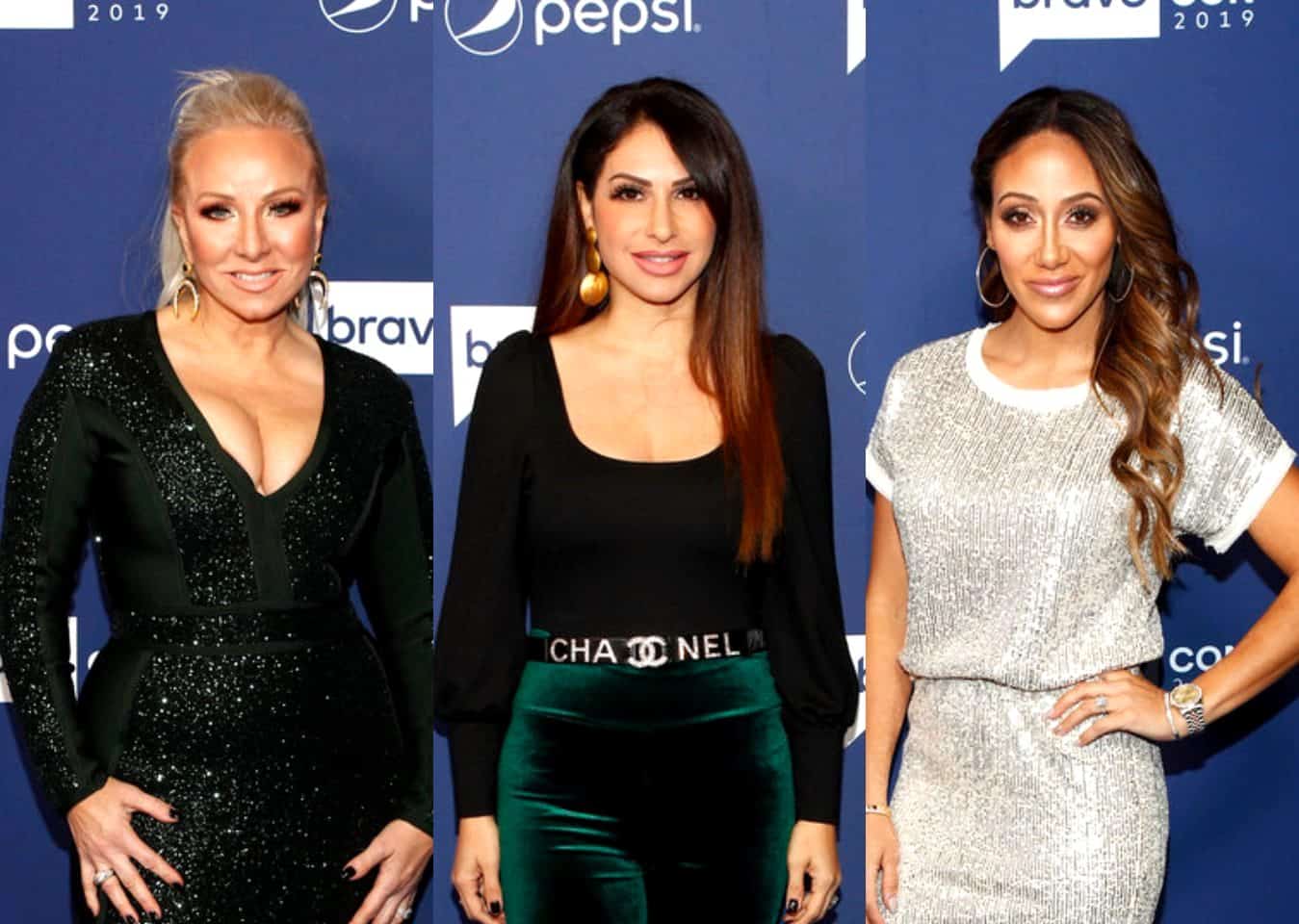 The Real Housewives of New Jersey ladies have quite a lot to say about Jennifer Aydin!

Following last week’s episode, Margaret Josephs, Melissa Gorga, and Jackie Goldschneider shared their opinions on Jennifer this season on the RHONJ After Show.

First, the ladies commented on Jennifer’s “Sorry Not Sorry” t-shirt, which she wore to lunch on the most recent episode of RHONJ. They said it was a statement for the women — most specifically Jackie — not taking her apologies seriously.

Jackie goes on to say that she thinks Jennifer “thinks she’s hysterical” while Melissa added that she believes Jennifer “tries too hard.”

Margaret continued saying that “in certain scenarios” Jennifer is “classless,” adding that she “can’t read a room” and “doesn’t know her audience.”

“I mean she worked in her father’s jewelry store, she told me she was fired from her first job,” responded Margaret.

“She prides on being a princess,” said Melissa, with Margaret adding, “Yes, she prides herself on marrying someone rich. So that’s why I told her, that’s her only achievement.”

Jennifer came back by explaining how her husband says he works as hard as he does so she can be the only one watching the kids. She went on to explain the criticism of her having a nanny:

“I know she wants to say I have a nanny, but there’s five [kids], people forget that there’s five. If I had one or two kids and had a nanny, fine — stone me all you want. But there are five and I’m a single parent most of the time.”

Dolores Catania backed up Jennifer by saying, “Having a nanny doesn’t mean the nanny is raising your kids. You as a parent raise your kids.”

Teresa Giudice, herself a mother of four, didn’t comment during the video.