Home Real Housewives of Atlanta News Nene Leakes and Eva Marcille Get Into Instagram Feud After Nene Says She Wants Eva Off RHOA, See Eva’s Epic Clap Back as She Slams Nene as ‘Old’ and “Ratchet”

Nene Leakes and Eva Marcille Get Into Instagram Feud After Nene Says She Wants Eva Off RHOA, See Eva’s Epic Clap Back as She Slams Nene as ‘Old’ and “Ratchet” 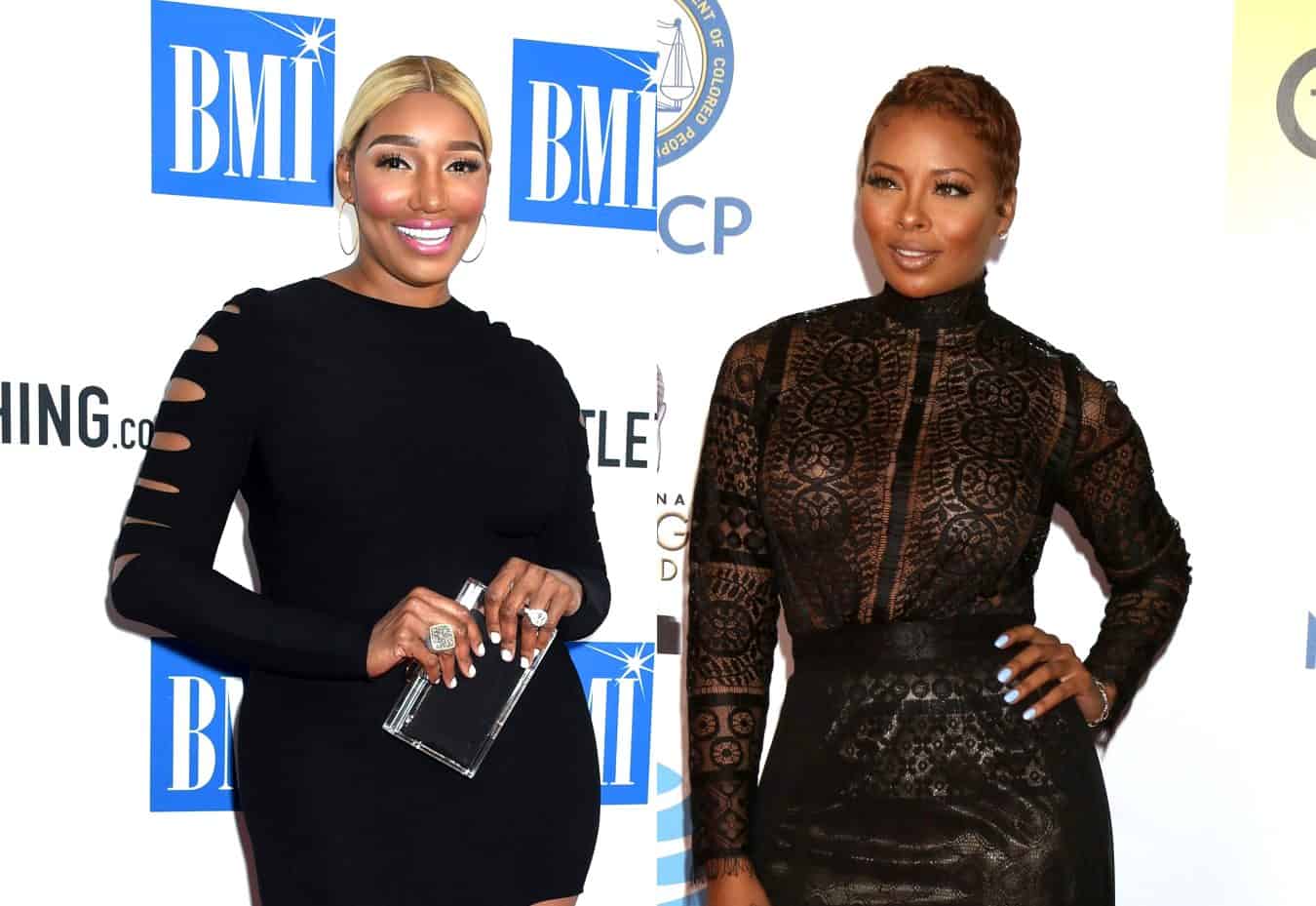 Although The Real Housewives of Atlanta reunion has been postponed, Nene Leakes is gearing up for the drama, and she has a lot to say about her fellow Atlanta housewives, especially Eva Marcille.

In a recent interview, the Atlanta OG shared her thoughts on the current cast, saying how she thinks Eva Marcille should be cut.

“I don’t feel like Eva brings that much to the cast,” Nene said to Entertainment Tonight. “I’m just being honest. It’s really like, when you look at a show like, everybody — like the whole cast — is away, and you don’t miss the person at all, it’s sort of like, we didn’t even know you were here, you know? And all season, doing a lot of scenes from FaceTime, that’s been the last couple of seasons … So, If I had to change, I would change her.”

Nene suggested that Eva could easily be replaced with Kim Zolciak, and she also teased the idea of Marlo Hampton finally getting her peach. She also welcomed the idea of a Phaedra Parks return, despite her exit after season nine for spreading defamatory rumors about Kandi Burruss.

“[T]he one time [Kandi] had a real issue with somebody, all of a sudden, they have to be off the show?” she stated. “I don’t think that part is fair, and I think it’s OK for me to speak my opinion about that, Kandi, and I will continue to do so.”

Eva quickly clapped back on her Instagram, first posting a cheeky video saying, “Oooh, she’s bothered” with a laugh, most likely referring to Nene’s comments. Eva also took another shot at Nene in her post by hashtagging #NoFacetune as Nene is known to excessively photoshop most of her Instagram pictures.

The reality star then took to her Instagram live for the Rickey Smiley Morning Show to really come for Nene, throwing some very specific shade.

Eva defended herself against Nene’s comments, noting how she didn’t come on the Greece trip since she was pregnant and how, “Nene, who’s 55, doesn’t remember maybe being pregnant because that was 20 years ago for her.” She also defended her relevance on the show, claiming that she chooses not to be “ratchet” since “there’s already enough ratchet i.e. [Nene] on the show.”

Eva noted how she is there to “represent the other part of black women” who are “smart, astute, and well-spoken.” She claimed Nene is only talking about her being “boring” because she “has no storyline.”

Eva also touched on a possible Kim return, pointing out Nene’s hypocrisy of bringing her back.

Eva also claimed that Nene only wants Phaedra back to take the heat off her, but Eva promised: “We are gonna tack down your wig, too.”

Nene says she’s coming “guns blazing” for her co-stars at the reunion, defending herself against potential attacks and what she sees as them “joining forces” to push her out.

Likewise, in her video, Eva noted how the reunion will be “lit” and issued a warning: “Glue your wig all the way down, sweetheart, because it is going down!”