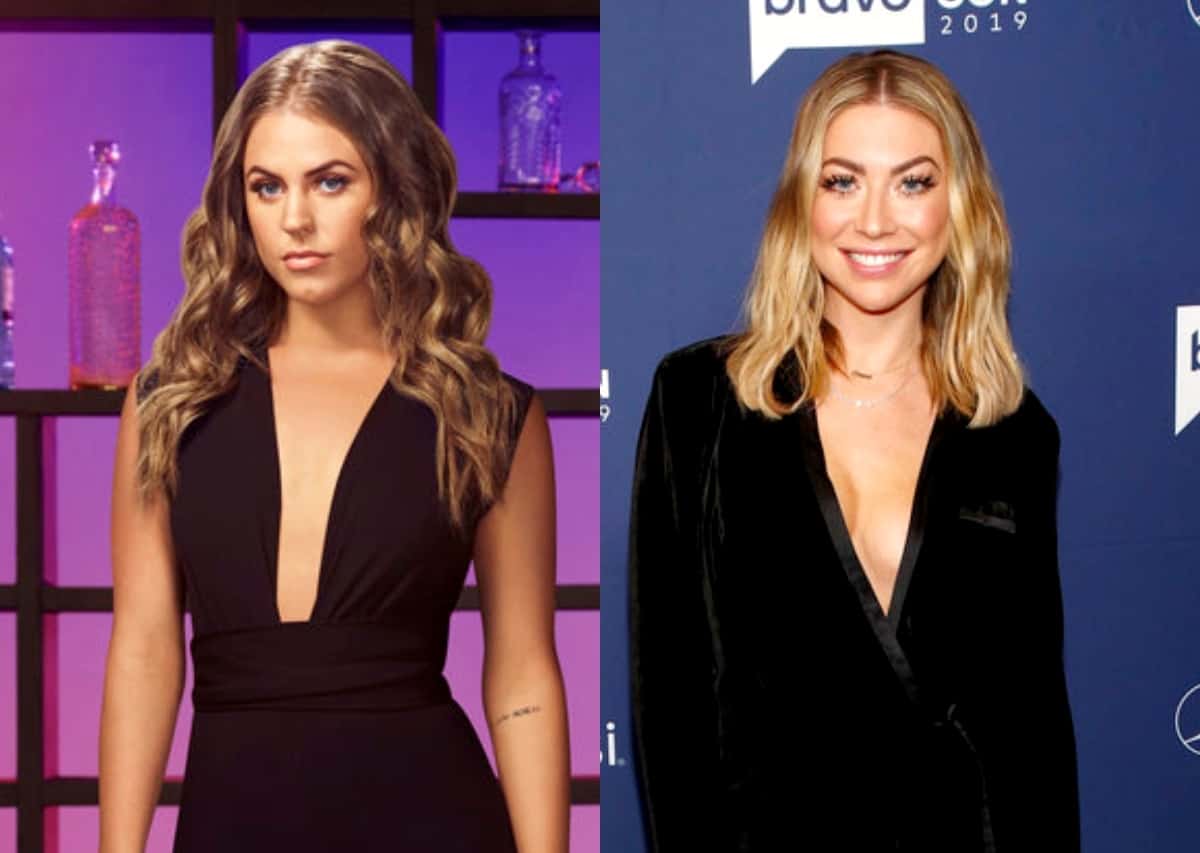 Danica Dow isn’t happy about a tweet shared by her Vanderpump Rules co-star, Stassi Schroeder, in regard to her potential return to SUR Restaurant.

After Stassi said she was willing, and would even pay, to return to Lisa Vanderpump‘s establishment if it meant putting an end to the coronavirus quarantine, Danica clapped back at her cast mate for her “insulting” post and slammed her for being completely insensitive to those who are struggling while out of work.

“I’m willing to go back to waitressing at SUR for this quarantine to be over. Honestly— at this point, I’d pay to put on that SUR dress and clock in,” Stassi tweeted on April 10.

“While Tom & Tom are raising money for their employees, you’re kind of insulting this pandemic that has left everyone at sur having to file for unemployment,” Danica replied. “Everyone at sur is struggling while you’re insensitively cracking jokes & sitting pretty in your new house smh.”

While Danica wasn’t a fan of Stassi’s tweet, SUR Restaurant manager Peter Madrigal was completely on board with the idea and suggested she clock in for a 1 p.m. to 6 p.m. shift.

In addition to facing backlash from Danica on Twitter due to her post about returning to SUR Restaurant, Stassi was also dealt with criticism on Instagram after she told her fans and followers that she needed a Prozac prescription.

“This is tone deaf for people who actually use Prozac or other serious medications for depression and anxiety,” one person replied.

“I see how it is offensive and comes across wrong. Probably not the best thing to joke about,” another person said.

A third fan suggested that while there are ways to bring light to the dire situation the world is currently in, Stassi didn’t do a good job of doing so in a graceful manner.

“I hope this inspires you and some of the other commenters to do your research and see why this is so offensive to people who take Prozac and other SSRIs for clinical depression,” the person said.